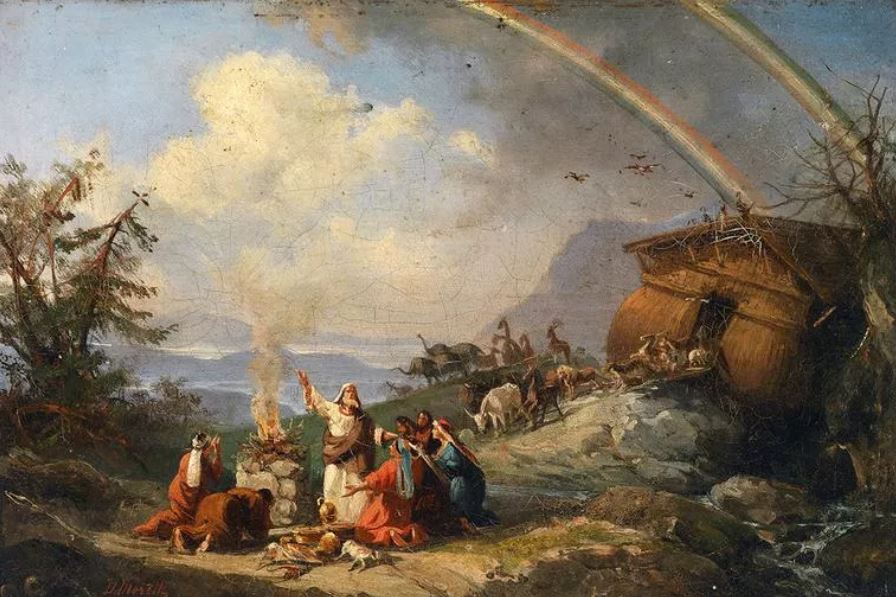 “I call heaven and earth to witness against you this day, that I have set before you life and death, blessing and curse; therefore choose life, that you and your descendants may live.” (Deuteronomy 30:19)

“The sons a man has when he is young are like arrows in a soldier’s hand. Happy is the man who has many such arrows. He will never be defeated when he meets his enemies in the place of judgment.” (Psalms 127:4-5)

I recall teaching a class many years ago, when one of my students asked me why dogs bark. I sat up stunned at the question but before panic sunk in, inspiration hit me. “Dogs bark because the ones that didn’t bark died out.”

Putting aside the barkless breed of dog known as the Basenji, natural selection is quite straightforward and merciless. Creatures, and groups of creatures, and even entire species die off. It’s part and parcel of creation.

That’s only one reason those who abort their children or support that “right” and who otherwise use or condone contraceptives or who put a premium on animal life or ecosystems over that of the value of human beings are so gravely wrong.

Are large families a financial burden? Perhaps. But if you cut down on your monthly cable and cell phone bills, they won’t be. Rather, families are everlasting fountains of love unparalleled in this world and a sure way to make sure Catholicism doesn’t go the way of the dodo.

An example I give of the benefits of a large family is my mother, who has six children. She now enjoys a highly comfortable retirement in her own home because each of her children pays only one-sixth of the total cost of her upkeep. If she had had only one child — as atheist Chinese communists have done for the past 60 years and who have only last year come to understand the egregiousness of their error — that one child would have to earn enough money to pay for her own upkeep as well as that of both her parents.

Considering that life expectancies are increasing, that child would also have to pay for the upkeep of up to four grandparents and perhaps other family members as well. If that one child had produced a child of her own, that child had best become a millionaire very quickly or learn how to break into banks if she hopes to pay for all of the family members now dependent upon her.

And, as not everyone has the business acumen of John Paul Getty, Nelson Rockefeller or Rob Walton, it’s unrealistic to think that everyone will have the money to care for everyone in their care.

The fertility rate in the U.S. now averages about 1.78 births per woman, well below the 2.1 needed to sustain our population. Thankfully, America has been blessed with a huge influx of immigrants. Otherwise, we would be on our way to evolutionary extinction just like the Koreans, Taiwanese and Japanese. (Germany, Bosnia and Italy aren’t doing much better either.)

In fact, parents are urging their children not to become schoolteachers in Taiwan as dozens of schools are closing there every year. Fewer children means fewer schools. A teaching degree would be worse than useless for a Taiwanese college graduate. In China, though the One-Child restrictions were lifted last year, very few Chinese are interested in producing more children. They are foolishly rushing headlong into poverty and eventual evolutionary extinction.

Recall President John F. Kennedy’s prophetic words: “Children are the world’s most valuable resource and its best hope for the future.”

Abortion, transgenderism and birth control don’t offer the utopia liberals claim but rather a dystopian nightmare that would make the Fall of Rome look like a church picnic by comparison.

We are given two choices: death (i.e., extinction) or life. Choose life or be prepared for the consequences.
Share With:
Previous Article