The Rise and Fall of the Sacred Heart in Dublin 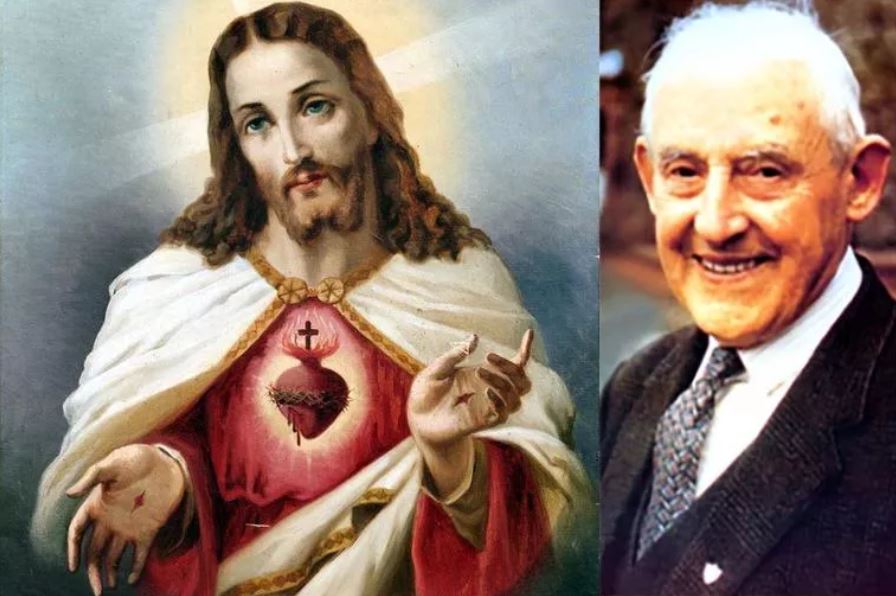 The Rise and Fall of the Sacred Heart in Dublin

Through the efforts of Dublin’s Frank Duff, the seedy Monto district was transformed and claimed for the Sacred Heart of Jesus.

Just north of Dublin’s Pro-Cathedral, there was an area once known as “Monto.”

From the 1860s to 1925, Monto was the site of Europe’s largest red-light district. Estimates vary but some suggest that there were as many as 1,200 prostitutes working in that area. Monto’s brothels ensnared many from the higher echelons of society but their chief clientele came from the various army barracks dotted around the city.

The Anglo-Irish Treaty of 1921 established a new independent polity in the south of Ireland known as the Irish Free State. As a result the British Army withdrew from Dublin. Almost over night, a great swathe of Monto’s paying customers had gone.

But the cause of Monto’s subsequent decline and final disappearance was largely down to one man: Frank Duff.

When in 1914 Duff joined the Society of St. Vincent de Paul (SVP), the then middle-class civil servant’s eyes were opened to the endemic poverty of his native city. By 1921 Duff had founded what would become known as the Legion of Mary.

Duff’s time with the SVP had alerted him to the “trade” that was going on in the streets of Monto. So shocked was the young man that on one occasion at seeing a group of prostitutes on the street he pleaded with them to give up their lifestyle. Their reply was interesting. They scorned him — not because of what he asked (perhaps in their hearts they knew his words were true) but rather because they had no other livelihood. They asked him: How else would they live? What would they eat? What other work could they find?

Not unreasonable questions, which Duff set out to answer. But first he sought to establish a place where former prostitutes could find refuge — somewhere they could live while preparing for a better life.

In the 1920s Duff was a high-ranking civil servant in the newly formed Irish Free State. By virtue of his office he had access to the nation’s leaders. One of these was the Irish premier, William T. Cosgrave.

Cosgrave agreed to provide a house for the women Duff sought to help. The new property would become known as “Sancta Maria.” In 1923 two women residents at Sancta Maria returned to their old ways. Duff sought them out. In the end, he was unable to locate the women, but his inquiries brought him face to face with some of those running Monto’s brothels. It was then he realized the challenge faced in trying to eradicate the blight of prostitution in that district. It was also made clear that Monto’s pimps and brothel madams were opposed to Duff’s plans for the women as enslaved as their clientele.

Now Duff understood what needed to be done. Informing the clergy at the nearby Pro-Cathedral of what was happening on their doorstep, he enlisted their aid, asking them to condemn Monto’s prostitution racket from the pulpit — something they agreed to do.

Next, Duff mobilized the members of the still-fledgling Legion of Mary, together with the SVP, to canvass Monto. Via notices all its residents were informed that there was to be a parish mission in the area specifically for prostitutes, beginning with a retreat at the Pro-Cathedral. Thousands of local people, as disturbed as Duff was by what was taking place in their neighborhood, helped in the subsequent mission. Consequently, the retreat lasted three weeks.

The brothel keepers started to worry. The British Army had left and now a religious zealot, seemingly with the backing of the new Irish state, was causing trouble in their streets. Duff did not wait for their reaction, however. Instead, he called them to a meeting in a Dublin hotel. Perhaps reading the writing on the wall, incredibly, the madams agreed at that meeting to the sum of £40 each in return for the closure of the brothels.

So on March 12, 1925, Monto’s infamous trade was set to close. On that day police flooded the area, raiding addresses and arresting 120 people. At the same time, through the streets of Monto, Duff led a procession in honor of the Sacred Heart. Many of those taking part were seen to pause so as to nail pictures of the Sacred Heart to the walls of the district. In so doing they were reclaiming those streets for a different Lord than that which had ruled them for so long.

Consonant with the Ireland then emerging, however, in the summer of 2000, the local council took down the statue of the Sacred Heart.

Duff was born on June 7, 1889 and died on November 7, 1980. Both those dates were First Fridays, days given to particular devotion to the Sacred Heart of Jesus. Shortly before he died, it is thought one of the last things Frank Duff would have gazed upon was the picture of the Sacred Heart that hung on the wall opposite his bed.

His cause for canonization was opened in 1996.

Visions of the Sacred Heart of Jes...