The Risen Jesus is the Enemy of Totalitarianism 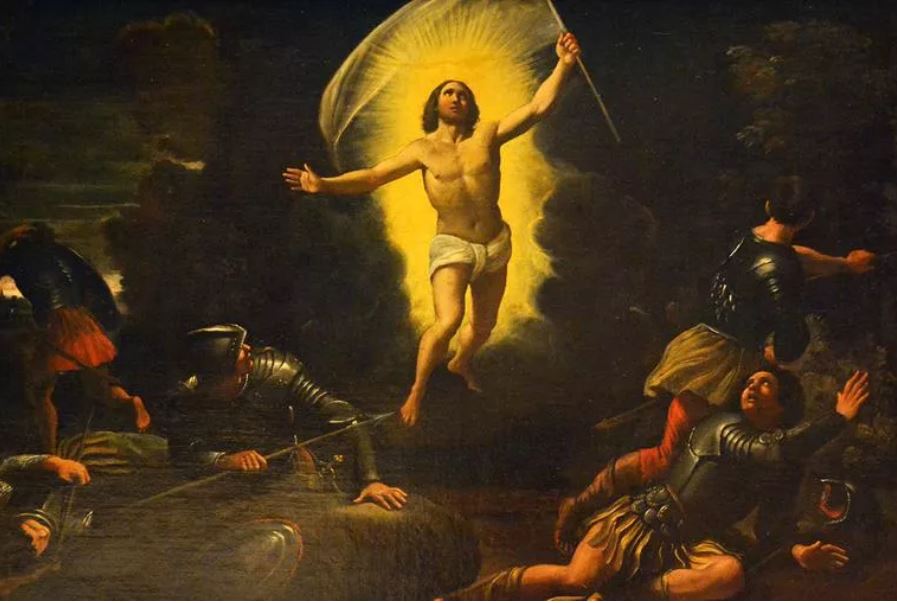 The Risen Jesus is the Enemy of Totalitarianism

Let’s not be afraid to proclaim the truth — to make our case for the extraordinary event of resurrection.

One of the most pressing concerns of the Gospel writers was to make a convincing case that the resurrection was real — that Jesus had, in fact, risen from the dead.

Skepticism would have been the most common reaction to this extraordinary event. We know, for instance, that even one of the Apostles, Thomas, expressed doubt when told of it by his fellows.

In creating a written account, it was necessary to provide some specific details — for instance, how Thomas’ doubts were dispelled not just by seeing the risen Lord, but by touching him. We’re also told that Jesus consumed food (specifically a cooked fish) after the resurrection, surely something no ghost or apparition would do. Such tangible points are amplified by the words of witnesses, like those who encountered Jesus on the road to Emmaus and reported they recognized him only after he broke bread.

Then, as now, Christians had to build a case.

The resurrection has always been a stumbling block. Ironically, for some people it’s actually a stumbling block to faith, because it’s beyond our day-to-day experience. If I told you your dead Uncle Charlie had returned from his grave, not only would you have trouble accepting it, you would begin to wonder whether other things I claimed were true.

But if, subsequently, you heard about some specific things Uncle Charlie did after his return, your attitude would begin to change.

For certain people who are committed to ideological visions of reordering society, the resurrection is a political stumbling block. The long tradition of Christian charity, which is grounded in love, has pretty much been abandoned by the modern Left. They have no time for the Church’s teaching that we are called by Christ, as a matter of conscience, to respond to the needs of the poor (whom Jesus said we will always have with us, incidentally).

The resurrection is so extraordinary that it validates Christ’s authority. It proves that he is who he claimed to be, and that his teaching is correct, pointing us to a higher truth — God’s truth. And this contradicts the “scientific determinism” that infuses the leftist view.

Leftists would insist that there is no higher truth. All is materialism, with no transcendence. Therefore, Jesus is wrong, conscience is beside the point, charity is counter-productive. We’re called not to love our neighbor, but to create a social utopia, for which anything (including human life) can be sacrificed.

And so today we observe a widespread effort to debunk Christian belief. The resurrection is presented not an actual historical event, but as some vague moment of spiritual awakening. And the Church that insists it’s real is dismissed as a purveyor of superstitious nonsense and an impediment to genuine progress.

Accordingly, Easter is reduced to its cultural symbols — bunnies, candy and a new outfit. It may be useful to produce a bump in spring retail sales, but it’s certainly not to be taken seriously.

What we’re seeing is a modern equivalent of the story given out at the time — that Jesus’ followers had stolen the body in order to create a resurrection myth and keep the movement alive. Today we’d call that “fake news,” and we can understand why the Gospel writers were at such pains to counter it.

Our society is moving in the direction of totalitarianism as the ultimate expression of the materialist vision. We can expect greater pressure on the Church, and increased exclusion of truth from the so-called public square.

But truth is persistent. It refuses to go away, because it’s true. Let’s not be afraid to proclaim it — to make our case for the extraordinary event of resurrection.

Christ is risen. He is risen, indeed!