The Shroud of Turin and the Black Death 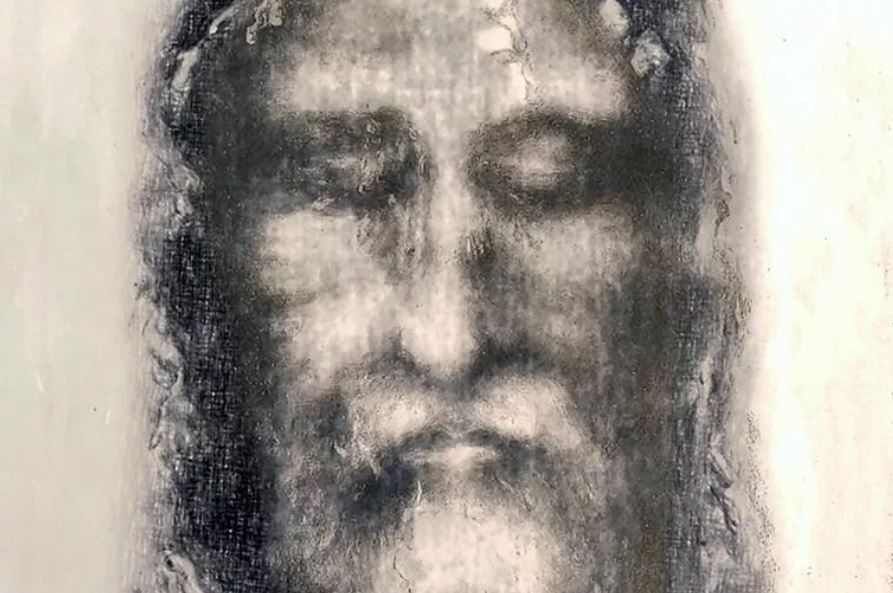 The Shroud of Turin and the Black Death

In her book on Entombment sculptures, Stone, Flesh, Spirit, art professor Donna Sadler pointed out, “Preoccupation with the moment of Christ’s death and with his sufferings dominated late medieval theology and the devotion it fostered.”

This is particularly evident in Holy Week commemorations of Christ’s passion and death, reflecting a broader cultural identification with the Five Wounds of Christ, a devotion honed by monastic orders not least in writings such as Meditations on the Life of Christ, the Franciscans, German mystics, and a fringe group called the Flagellants — Flemish itinerants who sought to spiritually repel the Black Death in 1349 by scourging themselves and who were condemned by Pope Clement VI. An eyewitness noted:

“Each had in his right hand a scourge with three tails. Each tail had a knot and through the middle of it there were sometimes sharp nails fixed. They marched naked in a file one behind the other and whipped themselves with these scourges on their naked and bleeding bodies.”

The Plague first reached Europe by way of Italy, creeping into Burgundy in July 1348 before decimating Paris at the end of the summer. Once contracting the disease, victims met a swift but painful death. Between 30% to 60% of Europe’s population was killed by it — certainly a third of western Europe’s population died. In Avignon in 1348, 11,000 people were buried in a single graveyard in a six-week period.

In the century leading up to the onslaught of the Black Death, people were mobile, interacting with far-flung cultures, such as crusaders mingling with Arabs, or the Venetian Marco Polo experiencing Asian culture. Inevitably, infectious disease was not behind. Combining a cycle of poverty and a generally colder and wetter climate, failing living standards, soil exhaustion, population growth and the carnage of the Hundred Years’ War, the Black Death was the perfect storm. Its infamous legacy is not unlike the effect World War I left on European families — it not only killed the flower of a generation, but took Europe’s soul with it.

As genealogist Noel Currer-Briggs noted, “Against this background grew the need to assuage the wrath of God with the help of relics, of the apostles, and of the saints. It is therefore no accident that the Shroud [of Turin] should have come into prominence at precisely this juncture of human affairs.”

While it remains uncertain how exactly the Shroud wound up in the historical record in northeastern France sometime in the 1350s, the linen cloth bearing the faint image of the entombed Christ most certainly left an impression on those who gazed upon it. In particular, the visible wounds Christ endured in the crucifixion. Here, at this time and place, the suffering faithful found identification — compassion — with the suffering servant, the incarnate Son of God. As a religious awakening spawned, the Shroud was not alone: graphic depictions of Christ emerged in various forms throughout Christendom.

In the Holy Sepulcher monument in the Alsacian church of Saint-Dominique in Vieux-Thann, for instance, the Christ effigy (also called a gisant) was one that took on startling realistic characteristics. Here, the recumbent Christ’s gaunt figure reveals his ribcage and popping veins along both arms. This monument was just one of many Shroud-like effigies of Christ that punctuated chapels throughout Alsace beginning in the mid-14th century. The side wound in these Christ figures often served as a receptacle for the consecrated host on Holy Thursday, making the gisant a de facto altar of repose. These sepulchers poignantly invited the faithful to gaze upon “him whom they have pierced” (John 19:37).

These commemorations of Christ’s Passion were anchored in three specific devotions — to the Man of Sorrows, to the Holy Face and to the sacrament of the Holy Eucharist. The Feast of Corpus Christi had been established in the previous century by Pope Urban IV, a French pope, who was born Jacques Pantaléon in Troyes, France — the very diocese in which the Shroud, explicitly showing the image of the battered corpus Christi, body of Christ, emerged a century later. Interestingly, the letter of affirmation from Bishop Henri de Troyes to Geoffroi de Charny, founder of the church in which the Shroud was placed, praises the knight’s faith and his success in establishing a “divine cult” at the church, is dated Saturday, May 28, 1356 — a date that corresponds to the octave of Corpus Christi for that year.

The popular story of the origins of the Man of Sorrows devotion involved another plague, and here again, the Eucharist. Tradition holds Pope St. Gregory the Great (590-604), the pope who helped end a plague endemic in Rome by witnessing a vision of Saint Michael the Archangel, encountered another vision saying Mass: A person attending Pope Gregory’s Mass doubted the consecration. Aware of this doubter, Pope Gregory prayed for some kind of sign to convert the unbeliever. The pope’s prayer is answered by a vision of Christ’s body appearing on the altar at the time of consecration, in the same manner as the Man of Sorrows.

But most popular at the time of the Shroud’s public unveiling of France was the devotion to the Holy Face, the Veronica icon. Petrus Mallius, a canon of St. Peter’s, writing about 1160, specifies the Veronica’s location in St. Peter’s was in a chapel of the Virgin Mary. “As it is attested by oral tradition, Christ wiped off his Holy Face with it before his Passion, when his sweat became like drops of blood flowing to the ground,” Mallius noted.

In 1350, amid the carnage of the Black Death, Rome nevertheless was home to a widely attended Holy Year Jubilee. As in the previous Holy Year of 1300, the Veronica icon was the major draw for pilgrims. Showings of it provided opportunities to spread the Veronica cult elsewhere throughout Christendom through the sale of Veronica souvenirs and painted copies. That the Shroud emerged in the 1350s is perhaps not a coincidence that it comes on the heels of the 1350 Holy Year, when the Holy Face of Christ was the most sought-after relic. So popular did the Roman Veronica become that by this time Dante alluded to it in Canto XXXI of the Paradiso. Marco Polo mentioned it in his Travels when speaking about asbestos salamander: “They have at Rome a napkin of this stuff, which the Grand Khan sent to the Pope to make a wrapper for the Holy Sudarium of Jesus Christ.”

What did the Roman Veronica icon look like? It is difficult to say: In the case of the Basilica of St. Peter’s copy, details of the image cannot even be made out. Each year to this day, two basilica canons emerge onto the loggia of the St. Veronica pillar to bless the gathered below with the framed image. Other than that brief, distant view, no outsider can access the Veronica chapel to glimpse the image. The indistinct nature is perhaps not accidental: we see in the writings of a 12th century patriarch of the Syriac Orthodox Church an observation how artists purposefully used dim colors to make their work seem older.

In this light, the ghostly visage of the Shroud body image falls in line with this theme as well. Pope Urban IV, when sending the Holy Face of Laon icon to his sister, abbess at Montreuil-les-dames, explains the reason for the darkness of that icon, writing, “the color of Christ’s face is the result of his tribulations during his Passion, and of his peregrinations in the sun.”

The history of the Shroud does not exist in a vacuum. It is part of the greater context of Passion imagery dominating the period in which it publicly emerged. By contemplating it, we can appreciate the ardor of our ancestors — and witness how the Holy Face, in its sorrow, in its flesh, inspired those who endured the Black Death to look for hope in the light of Resurrection faith.