Things of This World and Those of the Next 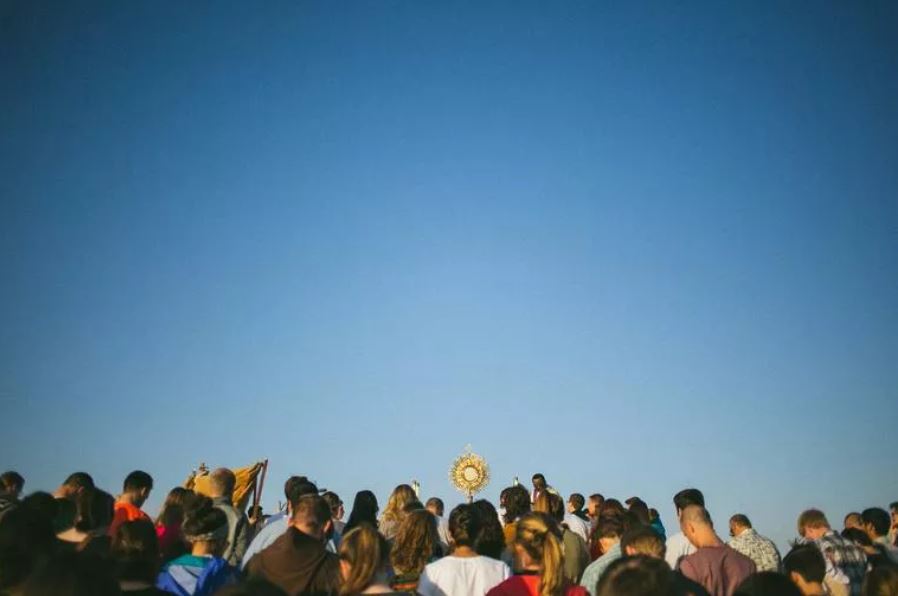 Things of This World and Those of the Next

It’s no accident that America’s decades-long rise in secularism has coincided with an increase in material prosperity, physical security and — despite a crippling global pandemic — pervasive attitudes of consumerism.

As Pope Francis has noted, consumerism is like “a virus that attacks the faith at the roots,” numbing humanity’s desire for eternal life with a seemingly infinite supply of new and seemingly essential products and experiences.

It can be hard for many to accept the Gospel’s insistence that we depend on our Father in heaven to influence the hearts of those consumed with the things of this world.

The nearly two-year-long COVID-19 pandemic and its effects certainly have challenged our sense of prosperity and security, but it may also be a catalyst for loosening consumerism’s hold upon U.S. society. Since early 2020, our way of life has been fundamentally disrupted — through death, shutdowns, job loss and gravely ruined plans.

Ultimately, we have experienced a collective loss of control and a profound inability to meet some of our most basic human needs — and even, at the height of lockdowns, our deepest spiritual needs.

The current supply-chain crisis delaying everything from medicines and protective gear to chicken tenders and ketchup to construction materials and furniture to automobiles and bicycles is both a metaphor for and a real-life illustration of this fact.

Even more disturbing is the 24% increase in mental-health problems among 5- to 11-year-olds, or the record high numbers of drug-overdose deaths since March 2020.

And while there are signs that the worst health risks of the virus will soon be at bay, we won’t be returning to normal life. Or, rather, what has been considered “normal life” for so long has been shaken up.

We can see this in areas like work, where a “Great Resignation” is playing out across the labor market. Resignation rates are at a two-decade high, and those numbers include service-sector laborers and technology workers alike.

Remote work is becoming expected for many employees, and so are higher salaries. McKinsey research found that 40% of workers are likely to leave their jobs in the next three to six months. Two-thirds of those workers said they would quit without another job lined up.

Certainly, some of this shift has to do with dissatisfaction with low wages or poor working conditions. But there’s good reason to think it’s also the product of a deeper recalibration of life priorities.

As Columbia Business School social psychologist Adam Galinsky put it, the pandemic has “created this universal midlife crisis.” The ways we’ve gone about work for decades — often as a fuel to a consumerist lifestyle or as the source of one’s identity and self-worth — no longer bring satisfaction.

We see similar reshuffling in areas like education, where 2.6 million children have begun home schooling since the pandemic began. Reasons vary, but many parents are motivated by both a desire to take a more active role in their children’s education and also a declining trust in the public (and in some cases private) school system. Now, more than 11% of U.S. households are home schooling.

Many Catholic schools have also seen a rise in enrollments this school year, even while nationally there were 110,000 fewer students in Catholic schools in the 2020-2021 academic year, especially due to severely limited pre-kindergarten programs. Further, advocates of school choice have called 2021 the “Year of Educational Choice,” after 18 states have either expanded or established programs that aid parents in their ability to choose where their child attends school.

Clearly, a societal shakeup is underway. But what does it mean for the average American’s openness to God? Will questioning of the consumerist narrative lead people to ground their life’s purpose and meaning in One more transcendent and eternal?

The evidence is mixed so far. On one side, Pew Research found that 24% of Americans said their faith grew stronger in the thick of the pandemic.

Additionally, the pandemic saw online searches for the word “prayer” reach their highest level ever in more than 90 countries.

But on the flipside, U.S. church membership continued to decline last year, falling below 50% for the first time ever. Reports are widespread that Sunday Mass attendance has not rebounded to pre-COVID levels, even in places where church restrictions have been lifted for months.

Thus, while we see a greater spiritual openness among the American people after two years of pandemic, we’ve also seen people turn inward — and too often spiral downward into despair. If we’re apart from Christ’s body, the Church, and its rich sacramental life that sustains us, no amount of seeking or spiritual openness can lead us to a relationship with God that will ultimately satisfy us. We simply apply the logic of consumerism to spiritual things — conforming worship to our comfort.

Throughout the year, but especially in November, the Church provides an antidote to this kind of self-indulgence. It asks us to think about death. From celebrations of All Souls’ Day to meditations on the Four Last Things — death, judgment, heaven and hell — we are confronted with the fact that this earthly life and all its delights will eventually come to an end. As the Church teaches, we are only sojourners in this life after all.

No amount of new clothing, digital entertainment, Instagram-worthy getaways, Facebook “likes,” more satisfying employment or even spiritual questing can secure us from death and provide us with the ultimate fulfillment we desire.

That can only come from belonging to a God who is outside of time and who has already defeated death.

Americans, each of us included, are likely more attuned to hear and accept this message now, in the wake of a pandemic that has killed millions and reshaped the lives of billions, than we have been in quite some time.

History serves as a reminder that the darkest of times have often yielded the most heroic of saints, who, in conforming their lives to Christ, transformed the world around them. This moment in history is no different. Catholics are called first to reground ourselves and our earthly lives in the truth of our eternal destiny. And then we are called to witness to others — showing how concern for the things of the world to come allows us to live among the things of this world with greater fullness, freedom and joy.