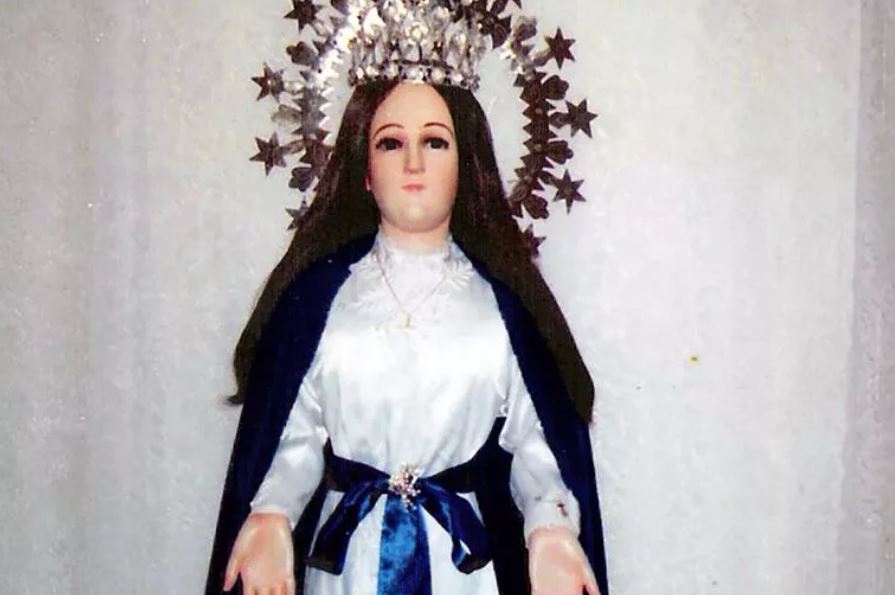 The approved apparitions of Cuapa resonated with the basic messages of Our Lady at Fatima to remind people of their necessity.

The year is 1980. The town is Cuapa, near the middle of Nicaragua — 59 straight miles northeast of the capital of Managua and 96 miles via highways and roads.

The date is April 15. While carrying out his work as a simple church sacristan in what was called the “old chapel,” Bernardo Martinez sees a statue of the Blessed Virgin Mary producing a supernatural light — heaven’s way to announce he would soon see the Blessed Mother.

He would later recount for his bishop this beginning and everything to follow. There was no natural explanation because “the light came from her,” he would write. “That was a great mystery for me, with the light that came from her one could walk without tripping. And it was nighttime.”

In May — the same month as Our Lady first appeared at Fatima — she appeared to Bernardo. Like at Fatima, she would appear other times, the last visit being in October.

Bernardo described how after a lightning flash, there appeared a pure white cloud on which stood Our Lady:

The dress was long and white.  She had a celestial cord around the waist. Long sleeves. Covering her was a veil of a pale cream color with gold embroidery along the edge. Her hands were held together over her breast. It looked like the statue of the Virgin of Fatima. I was immobile. I had no inclination to run to yell. I felt no fear. I was surprised.

Similarly, in Our Lady’s first apparition in May at Fatima, Lucia described how Our Lady opened her hands and the children “were bathed in a heavenly light that appeared to come directly from her hands. The light’s reality cut into our hearts and our souls, and we knew somehow that this light was God, and we could see ourselves embraced in it.”

I come from heaven. I am the Mother of Jesus.

He asked what she wanted and, like at Fatima, she told him:

I want the Rosary to be prayed every day. … I want it to be prayed permanently, within the family … including the children old enough to understand … to be prayed at a set hour when there are no problems with the work in the home.

Bernardo later explained: “She told me that the Lord does not like prayers we make in a rush or mechanically. Because of that she recommended praying of the Rosary with the reading of biblical citations and that we put into practice the Word of God.” He asked where are biblical citations? “She told me to look for them in the Bible.”

Love each other. Comply with your obligations. Make peace. Don’t ask Our Lord for peace because if you do not make it there will be no peace.

Remember, during her first visit at Fatima on May 13 she told the children, Say the Rosary every day, to bring peace to the world and an end to the war. In July, Our Lady told the Fatima children, Continue to say the Rosary every day in honor of Our Lady of the Rosary, to obtain the peace of the world and the end of the war, because only she can obtain it. She also said in July, If you do what I tell you, many souls will be saved, and there will be peace.

And the obligations? Might they be daily duties (more later)?

In Cuapa there then came another Fatima connection. Our Blessed Mother told Bernardo:

Renew the five first Saturdays. You received many graces when all of you did this.

Bernardo admitted people had previously gone to Confession and Communion every first Saturday but no longer did so.

Our Lady then said:

Nicaragua has suffered much since the earthquake. She is threatened with even more suffering. She will continue to suffer if you don’t change.

Pray, pray, my son, the Rosary for all the world. Tell believers and non-believers that the world is threatened by grave dangers. I ask the Lord to appease His justice, but, it you don’t change, you will hasten the arrival of the Third World War.

Remember at Fatima during her July apparition Our Lady warned:

This war [World War I] will end, but if men do not refrain from offending God, another and more terrible war will begin during the pontificate of Pius XI. When you see a night that is lit by a strange and unknown light, you will know it is the sign God gives you that He is about to punish the world with war [World War II] and with hunger, and by the persecution of the Church and the Holy Father.

On June 8, the Blessed Mother gave Bernardo “the same message as she had done the first time,” he wrote, then he gave her many requests from the people. “She answered me by saying: Some will be fulfilled, others will not. The petitions and answer echoed those of Lucia and Our Lady at Fatima.

As the Fatima seers saw in the sky the October vision of Our Lady and the Holy Family, here Our Lady directed Bernardo, “Look at the sky.”

He did, and Our Lady “presented something like a movie” during which he felt “transported” and saw different groups of people including those from the early Christian communities now in celestial joy, to the first to receive the Rosary from her, to a present day countless multitude carrying rosaries.

I have shown you the Glory of Our Lord, and you people will acquire this if you are obedient to Our Lord, to the Lord’s Word; if you persevere in praying the Holy Rosary and put into practice the Lord’s Word.

On July 8 Our Lady appeared in a dream. Bernardo wrote she told him to “pray for Nicaragua and for the whole world because serious dangers threaten it.” Again, echoes of Fatima because of the lack of peace when her directives are ignored.

On Sept. 8, at the place of the apparitions, Our Lady directed Bernardo, Restore the sacred temple of the Lord [meaning ourselves]. In you is the gratification for the Lord. She added: Love each other. Love one another. Forgive each other. Make peace. Don’t first ask for it. Make peace!

“Peace” was mentioned more than once at Fatima, too.

Before leaving, Our Lady told Bernardo she was going to return. On Oct. 13. Again, the Fatima connection. Oct. 13 would be the date of her last appearance in Cuapa as it was at Fatima.

As Bernardo joined by others was praying at the site of the apparitions, Our Lady appeared and “extended her hands and rays of light reached all of us.”

He continued, “She raised her hands to her breast in a similar position to the statue of Our Lady of Sorrows … her face turned pale, her mantle changed to a gray color, her face became sad, and she cried. I cried too. I trembled to see her like that.”

When Bernardo asked why she was crying, she answered,

It saddens me to see the hardness of those persons’ hearts. But you will have to pray for them so that they will change.

At Fatima on Oct. 13, Our Lady told the children:

People must amend their lives and ask pardon for their sins. They must not offend our Lord any more, for He is already too much offended!

Earlier at Fatima, on July 13, Our Lady similarly directed:

Make sacrifices for sinners, and say often, especially while making a sacrifice: O Jesus, this is for love of Thee, for the conversion of sinners, and in reparation for offences committed against the Immaculate Heart of Mary.

In August she told the children:

Pray, pray very much. Make sacrifices for sinners. Many souls go to hell, because no one is willing to help them with sacrifice.

Returning to Cuapa, in that Oct. 13 visit Our Lady continued, repeating in a different way what she had said before and also echoed Fatima:

After Our Lady said this, to answer Bernardo’s petitions for people’s requests, she said, in part:

Ask for faith in order to have the strength so that each can carry his own cross. The sufferings of this world cannot be removed. Sufferings are the cross which you must carry. That is the way life is. There are problems with the husband, with the wife, with the children, with the brothers. Talk, converse so that problems will be resolved in peace. Do not turn to violence. Never turn to violence. Pray for faith in order that you will have patience.

Before leaving she repeated, again in ways echoing her message at Fatima:

Do not be grieved. I am with all of you even though you do not see me.

I am the Mother of all of you, sinners. Love one another. Forgive each other.

Make peace, because if you don’t make it there will be no peace.

Nicaragua has suffered a great deal since the earthquake and will continue to suffer if all of you don’t change.

If you don’t change you will hasten the coming of the Third World War. Pray, pray, my son, for all the world.

A mother never forgets her children. And I have not forgotten what you suffer. I am the Mother of all of you, sinners.

Related to that, Our Lady requested that she be beseeched this way: Holy Virgin, you are my Mother, the Mother to all of us sinners…

That title was originally the name of the feast St. Pius V declared after the victory at Lepanto and which was soon changed to the feast of Our Lady of the Rosary — the title with which Mary identified herself at Fatima.

Approval of the Apparitions

In 1982, Auxiliary Bishop Bosco M. Vivas Robelo of the Archdiocese of Managua, authorized the publication of the narration of the apparitions of the Blessed Virgin Mary in Cuapa. Bishop Pablo Antonio Vega Mantilla, of Juigalpa, (the diocese of the apparitions) was studying the authenticity of the events “in order to be able to assist in discerning the true value of the alluded to message.” In 1994 Bishop Robelo who then led the Diocese of Leon stated, “I hereby authorize the publication of the story of the Apparitions of the Blessed Virgin Mary in Cuapa and the messages given to Bernardo Martinez. … May this publication help those who read it to have an encounter with Jesus Christ in the Church through the mediation of the Mother of Our Lord.” Bernardo Martinez was ordained a priest.

Biography Highlights the Faith and...