This pro-life Democrat is worried about the next Catholic president 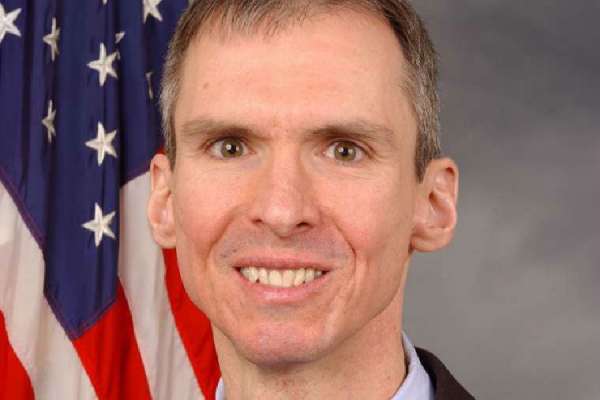 This pro-life Democrat is worried about the next Catholic president

Denver Newsroom, Jan 19, 2021 / 03:00 pm (CNA).- A former U.S. representative who was known as one of the last standing pro-life Democrats in Congress said he is worried about the example a Catholic president who is also pro-abortion will have on young Catholics.

“I’m afraid that there’s a lot of talk about Joe Biden being our second Catholic president,” said Dan Lipinski, a former U.S. representative for the third district of Illinois, on the southwest side of Chicago.

President-elect Joe Biden is expected to repeal several pro-life policies put in place by the Trump administration, including the Protect Life Rule and the expanded Mexico City Policy. Biden has also pledged to repeal the Hyde Amendment and codify Roe v. Wade into law.

Among other things, these changes would allow for taxpayer funding to groups that perform abortions, both domestically and overseas.

Lipinski said that his own Catholic faith influenced him during the 16 years he served in the U.S. House of Representatives, including by shaping his pro-life beliefs. Lipinksi was known as one of the last standing pro-life Democrats in Congress, voting against the party line on numerous legislative issues involving abortion.

“I knew that I was never going to change my position on abortion and in protecting lives. I knew that from the beginning,” Lipinski said in an interview with CNA, citing his Catholic faith in influencing his pro-life convictions.

“Honestly I just never believed that it was worthwhile to protect a seat in Congress, to protect my position in Congress, no matter how much I loved the job and was honored to represent the people of the third district. It just wasn’t worth it to me to give up what I knew was right.”

Lipinski said he believes Catholics should allow their faith to influence all aspects of their lives.

“We all fall short, but we’re all called to always, in everything we do, put our Catholic faith first and have that really inspire and guide what we do,” he said. “Certainly that extends to life as an elected official.”

While some Catholics argue that they are personally pro-life, but do not want to impose their values on other people, Lipinksi rejected this line of thinking.

“If you truly believe that the baby in the womb is a human person, alive…you can’t compromise that away. You can’t say, ‘well, not everyone believes that, so I’m not going to support that.’ You have to do everything you can to protect that life,” he said.

At the end of his time in Congress, Lipinksi was one of the sole Democrats opposing the party’s abortion stance. But it wasn’t always that way.

He remembers having several pro-life, Democratic colleagues during his first years in the House.

“I was still in the minority, but I always like to point out to people that back in 2009, the first time the Affordable Care Act – or Obamacare – passed the House, there was the Stupak–Pitts Amendment.”

“I think there may be a handful, a small handful, of Democrats who would support that in the House today,” he said. “With my loss last year and Collin Peterson in Minnesota, there really are no Democrats left that are 100% pro-life.”

Lipinski lost his seat last March in a primary race against Marie Newman, after pro-abortion groups contributed to a coalition giving more than $1.4 million in funding to Newman.

The congressman said the night he knew he lost the primary was difficult for him. But he actually remembers the next day best.

“The next day I had people contacting me and thanking me for standing up for my principles, staying true to my Catholic faith, and I knew that God was calling me to something bigger,” he said.

Lipinski said he is working on a book about being Catholic in the public square today, “and encouraging Catholics to stay true to their Catholic faith in a world right now that’s very tough and a very bipolar, tribal society where Catholics don’t fit in neatly to either two tribes.”

The book is an extension of a commencement address he delivered at Ave Maria University in 2019.

“As a former college professor, I especially want to reach out to young Catholics. I think these days, especially,” Lipinski said. “They need to have good examples, and they’re really thirsting for a better understanding of what it means to be Catholic, and encouragement to be Catholic.”

“We are a very divided country right now. Catholics don’t fit neatly into either party. I think that Catholics have really an opportunity to be a witness for every aspect of Catholic social teaching,” he said. “Obviously, the right to life is the most important, but the dignity of every individual, and what the government can do to uphold that dignity in a lot of different ways.”

This interview originally aired on Catholic News Agency’s podcast, CNA Newsroom. It has been adapted for print.

Communist crackdown in China is “B...