‘Through the Cross to Heaven’: The Life of Blessed Elżbieta Róża Czacka 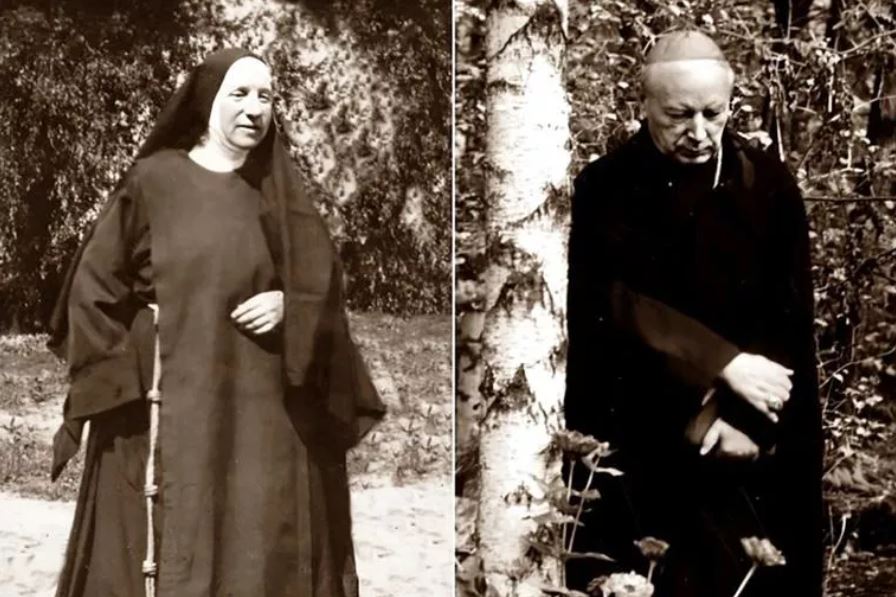 ‘Through the Cross to Heaven’: The Life of Blessed Elżbieta Róża Czacka

At Mother Elżbieta’s funeral in 1961, Cardinal Stefan Wyszyński called her “a person who constantly stood before the face of her Good Lord.”

Sister Elżbieta Róża Czacka (elz-BEE-eta ROOZ-ah CHA-ska) was beatified Sunday, alongside Stefan Cardinal Wyszyński, the Primate of Poland for 33 years, from 1948-1981. Many know about Cardinal Wyszyński, both for his heroic resistance to communist oppression and his friendship with the future Pope, St. John Paul II. (One of my favorite images is their embrace during the homagium at John Paul’s first public papal Mass.) Far fewer, especially outside Poland, know of Sister Czacka.

Róża Czacza was born in 1876 into a Polish noble family in Biała Cerkiew (Bila Tserkva), a city today in central Ukraine near Kyiv, then part of the Russian Empire. Combining a broad humanistic education (she was fluent in multiple languages, including English) with deep religious piety, Czacka suffered from progressive vision loss until she went totally blind at age 22. Falling from a horse, which detached both retinas, had accelerated the process.

Her loss of sight clarified her vision about her vocation. She went to Warsaw and began caring for the blind at Holy Cross Church in the capital. Recognizing the lack of organized care for the blind in the country — under triple partition since 1795 by Russians, Germans and Austrians and turned into a bloody battlefield by them during World War I — Czacka devoted herself to that need. In 1911, she launched the Society for Care of the Blind. She developed the Polish Braille alphabet and, by 1913, was having books transcribed into it. Given the constraints of the War years, she spent them in what is today Zhytomyr, Ukraine. There she became acquainted with the Franciscan sisters and, on Aug. 15, 1917, took the habit of a Third Order Franciscan sister, under the name of Sister Elizabeth (Elżbieta).

During her Zhytomyr years, Czacka had developed the idea of a new Franciscan community dedicated to service of the blind. In May 1918, she returned to Warsaw, the war-devastated capital of finally independent Poland. By December, she had acquired ecclesiastical permission to found the Franciscan Sisters, Servants of the Holy Cross. The community dedicated itself to serving the blind and doing penance for the “spiritual blindness of the world.” She would be the leading force of the sisters through the 1950s, when her health forced her to step aside.

An historic event occurred in 1922, when Czacka received a gift of land in Laski, near Warsaw. She transferred operations there and, to this day, “Laski” is synonymous in Poland with her “Society for the Care of the Blind” (Towarzystwo Opieki nad Ociemniałymi).

Laski attracted not just the blind but the young and intelligentsia, inspired by her work. It later was also a refuge for families whose homes were destroyed in German-occupied Warsaw. Cardinal Stefan Wyszyński, a chaplain to the Polish Underground, also found refuge there as a chaplain during World War II. Czacka also hid Jews during the War. During the War, Czacka was also injured by a bomb, resulting in having to have one of her eyes removed, surgery performed without anesthesia.

Czacka continued her work for the blind even after World War II under communist occupation. She died May 15, 1961.

In many ways, Czacka was ahead of her time. Her approach to the disability of blindness was active, not passive. She refused to treat the blind as incapable of having any social role or of developing other abilities because of their disability. This underlay her philosophy of education and employment for the blind. At the same time, she also recognized that, even with their disability, the blind could open the eyes of others through spiritual solidarity by helping others recognize their spiritual blindness to God and as regards sin and things of the world.

Czacka’s writings speak of her various mystical experiences, particularly her awareness of her spiritual union with God. I’ll mention three of those experiences here.

She describes mystical death as a progressive burning sensation to come ever closer to God. In her description of Purgatory, she speaks of feeling attracted to God as to a magnet, bathed in a rain shower of Christ’s Blood, but feeling a disembodied pain in her upward reaching arms she surmised must be like the sufferings of souls undergoing cleansing.

Describing the “sense of predestination” — not as denying human free will but as human orientation towards God — Czacka speaks of the human person as being held by God in the cloud of his grace. Man faces two forces: centripetal, bringing him ever deeper into the cloud of God’s grace, as long as he seeks God and his will; and centrifugal, driving him ever further to the peripheries of that cloud whenever the voices of the world and of temptation draw him away from God.

“Poor and unhappy is the man who through mortal sin lets himself be torn from that cloud. Nothing holds him any longer, except perhaps the will to reenter the cloud again, to look for the path.”

Finally, Czacka speaks of the “lips of Christ” and how she became aware of how, in prayer, Jesus prays through us. In praying the Divine Office, “I understood, or rather the Lord Jesus gave me to understand, that in the Church’s prayers it is the Lord Jesus Himself who represents the human race and that all who say those prayers should be so united with the Lord Jesus as to be the Lord Jesus’ lips, and the Lord Jesus praying that Office with their lips. When I finished the Office, there appeared to me the lips of Jesus’ Face, red lips on a very pale Face. In fact, I did not see the Face, only parts of the Face around the lips.”

While no doubt that among these two new blesseds Cardinal Wyszyński is likely to be much better known and remembered, the life of Sister Elżbieta Czacka also remains a compelling example for today’s world.