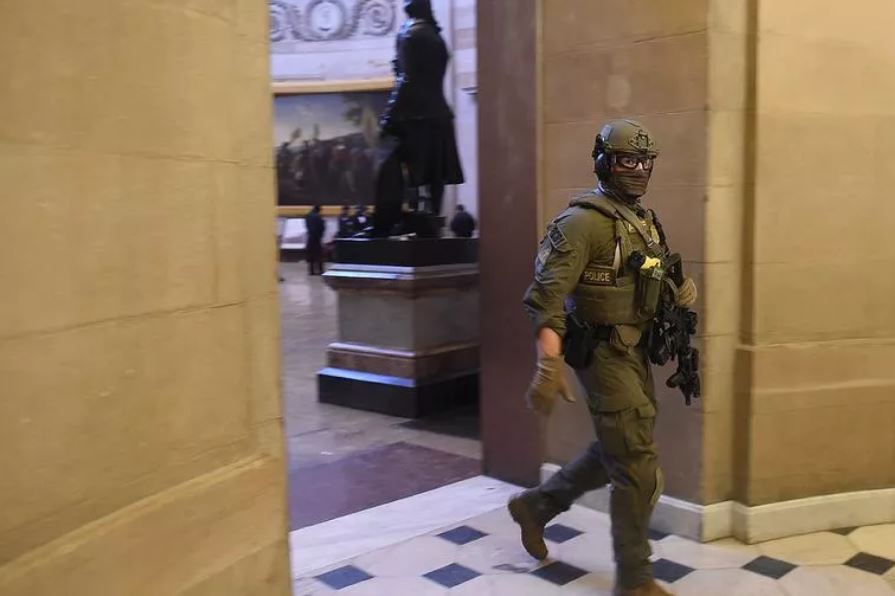 On the traditional feast of the Epiphany — a solemnity of peace and love — men and women rejected God-given reason and revelation and disgraced a nation.

In our nation’s capital in 1963, Martin Luther King, Jr. delivered his “I Have A Dream” speech, which is often hailed as the single greatest address in our nation’s history. Amidst a terrible injustice, King heroically declared, “We must forever conduct our struggle on the high plane of dignity and discipline. We must not allow our creative protests to degenerate into physical violence.”

Today, just a few steps from where King delivered this magnificent address, a mob trampled upon those words of peace by smashing windows, breaking into offices, pepper spraying police, leaving threatening notes on desks, and scaling walls of Congress — all while Congressional members and workers hid for cover.

Many commentators have said that this scene of a mob storming and occupying the U.S. Capitol is “embarrassing” to America. But make no mistake: it is far worse than that. The members of this mob have brought shame to our nation by taking part in a ghastly scene that will forever haunt us. This mob has tainted the image of the United States to both friends and foes.

The perception of America is far worse today than it was yesterday.

Today, the world respects us less.

The criminals who attacked law enforcement and destroyed property may call themselves “American patriots,” but they have no concept of what it is to be a patriot. Or, for that matter, what it is to be an American.

Many of those who gathered in Washington today protested peacefully, and that is the American way. Those same streets in our nation’s capital have witnessed their share of the exercise of free speech and peaceful protests. I have marched those same streets many times with a rosary in hand, offering prayers for the unborn. Praying for peace — peace in the world, and peace in the womb. All in peaceful protest.

This is what Pope St. John Paul II urged when he reminded us that the Soviet Empire was overthrown “by means of peaceful protest, using only the weapons of truth and justice.”

But breaking into the Capitol today had nothing to do with truth or justice.

We condemn these acts.

On the traditional feast of the Epiphany — a solemnity of peace and love — men and women rejected the God-given reason and revelation  and committed  disgraced a nation.

Whatever one’s politics, nothing justifies what happened today. And we must remember that violence is based on a lie. Pope Saint John Paul II warned against “the violence which, under the illusion of fighting evil, only makes it worse.”

Tonight, on this traditional Solemnity of the Epiphany, we pray for peace in America.

How 1 Welsh Priest Brought Our Lor...