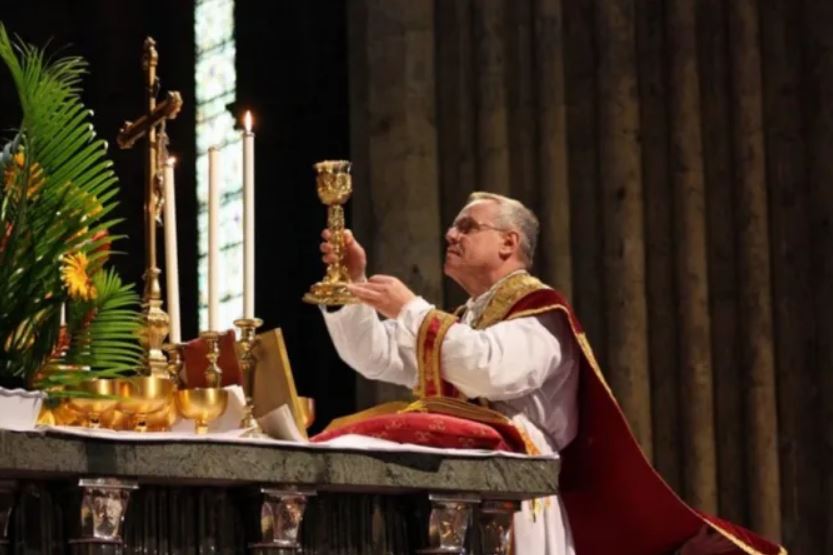 The bishops issued a statement on July 17, the day after the pope made sweeping changes to his predecessor Benedict XVI’s 2007 apostolic letter Summorum Pontificum, which had acknowledged the right of all priests to say Mass using the Roman Missal of 1962.

The new motu proprio, issued with immediate effect, states that it is each bishop’s “exclusive competence” to authorize the use of the 1962 Roman Missal in his diocese.

“The bishops of France, together with all the faithful of their dioceses, have received the motu proprio Traditionis custodes of Pope Francis, which was made public yesterday,” the statement said.

“They wish to express to the faithful who habitually celebrate according to the Missal of St. John XXIII, and to their pastors, their care, the esteem they have for the spiritual zeal of these faithful, and their determination to continue the mission together, in the communion of the Church and according to the norms in force.”

The bishops’ comments will be closely studied as France is one of the world’s leading centers of Catholic traditionalism.

The statement continued: “Each bishop will have at heart to live up to the challenges described by the Holy Father in order to exercise the responsibility that he is reminded of in justice, charity, care for one and all, service to the liturgy, and unity of the Church. This will be done through dialogue and will take time.”

“The motu proprio Traditionis custodes and the letter of the Holy Father to the bishops that introduces it are a demanding call for the whole Church to an authentic Eucharistic renewal. None can dispense with it.”

The bishops concluded their message by quoting from Lumen gentium, the Second Vatican Council’s Dogmatic Constitution on the Church.

“The bishops invoke the Holy Spirit so that the Eucharist, ‘the source and summit of the Christian life,’ the sacrifice of the Lord and the memorial of his Passion and Resurrection, may be the place where the Church draws strength each day to become what she is: ‘in Christ like a sacrament or as a sign and instrument both of a very closely knit union with God and of the unity of the whole human race.’”

France has seen tension recently between supporters of the Traditional Latin Mass and a local archbishop.

Parishioners protested after Archbishop Roland Minnerath of Dijon asked members of the Priestly Fraternity of St. Peter (FSSP) to leave the Basilica of Fontaine-lès-Dijon, the site of St. Bernard of Clairvaux’s birthplace, after 23 years in the archdiocese.

The FSSP is a clerical society of apostolic life of pontifical right, canonically erected by Pope John Paul II in 1988. The Fraternity, which has more than 300 priests and 150 seminarians from 30 countries, uses the pre-Vatican II Roman Missal.

The controversy in Dijon archdiocese erupted a few months after the emergence of a memorandum drafted by the French bishops’ conference in response to a 2020 Vatican questionnaire on the application of Summorum Pontificum, sent to bishops worldwide.

The bishops’ conference text called for steps to “induce the faithful of the extraordinary form to participate more in diocesan life,” to avoid the creation of a “parallel Church.”

The FSSP said on July 16 that its members were “disheartened and anxious” following the new motu proprio.

In a statement issued the day the pope issued the new norms, the group said: “With the publication of Pope Francis’ latest motu proprio, Traditionis custodes, which has placed new restrictions on the Extraordinary Form of the Roman Rite, many of us are disheartened and anxious.”

“At this point, it is too early to tell what all the implications will be for the Priestly Fraternity of St. Peter, but we assure you that we remain committed to serving the faithful attending our apostolates in accordance with our Constitutions and charism as we have done since our founding.”

“We must strive to see this Cross as a means of our sanctification, and to remember that God will never abandon His Church.”

“Our Lord Himself promises us the necessary graces to bear our Crosses with strength and courage. We must not, however, neglect to do our part as faithful Catholics; let us pray and offer sacrifices in our daily lives, and trust in the intercession of Our Lady, St. Joseph, and our patron, St. Peter.”

Why I Love the Extraordinary Form...

With the Brutal Matić Report, Euro...