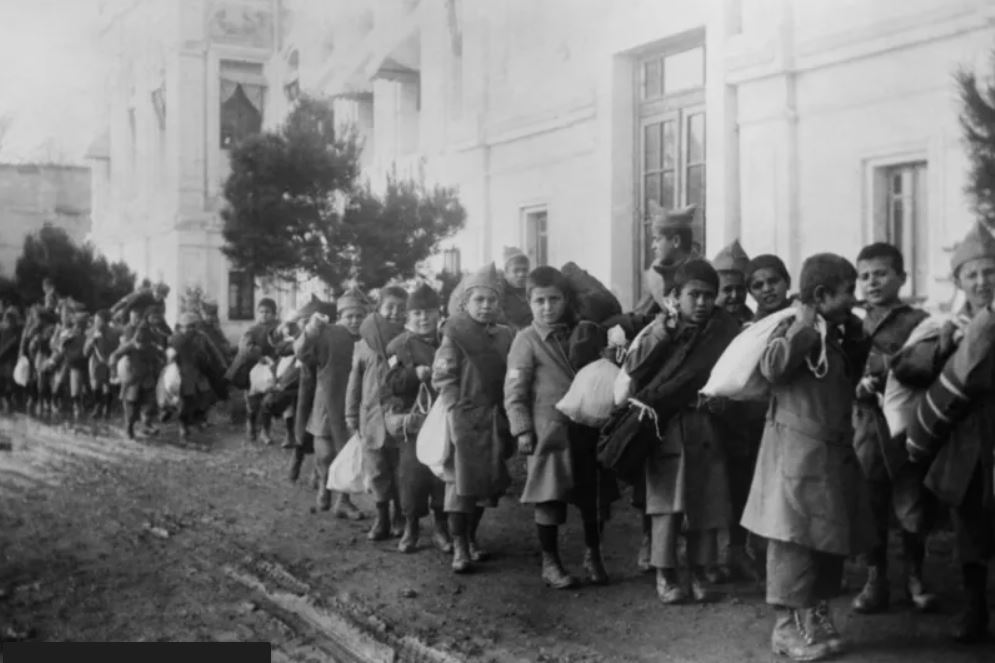 The U.S. bishops’ conference issued a statement on Monday recognizing the upcoming anniversary of the Armenian genocide.

“April 24 is Armenian Genocide Remembrance Day, marking the 1915 start of a campaign that resulted in the death of as many as 1.2 million Armenian Christians — victims of mass shootings, death marches to distant camps, torture, assaults, starvation, and disease,” stated Bishop David Malloy of Rockford, chair of the USCCB’s international justice and peace committee, on Monday.

“Thousands of Armenian children were torn from their families and forcibly converted,” he added. “This horrific tragedy was intended to eliminate the Armenian people and their culture in what has been called the ‘first genocide of the 20th century.’”

Saturday, April 24, marks the 106th anniversary of the beginning of the Armenian genocide in 2015. Over the span of eight years, the Ottoman Empire targeted the mostly Christian Armenian minority for mass displacement, family separation, death marches, mass shootings, starvation, and other abuses. An estimated 1.5 million Armenians were killed in the genocide.

Turkey has historically denied that the genocide took place, claiming that the number of Armenian deaths was lower than estimated, and that many deaths were due to the First World War.

Leaders of the U.S. Armenian Catholic Church wrote President Biden on April 17, asking him to recognize the Armenian genocide.

“On the 106th anniversary of the Armenian Genocide we appeal to you with a keen, existential sense of urgency to recognize the first Genocide of 20th century perpetrated by the Ottoman Turks and request fair reparation for this crime against humanity,” the letter stated.

They said that denial of the genocide even today threatens Armenia. A historic conflict between Armenia and neighboring Azernaijan over the Nagorno-Karabakh territory erupted again in 2020. Turkey has declared support for Azerbaijan in the conflict.

“The Armenian Genocide is not only a historical tragedy, but as a Damoclean sword today is pending and threatening the extermination of Armenia, the hosting country of Noah’s Ark,” they wrote, noting that Erdoğan in December held a “victory parade” in Baku, the capital city of Azerbaijan, praising one of the architects of the genocide.

“A genocide denied is a genocide repeated,” they stated.

Although the U.S. Congress in 2019 passed resolutions recognizing the genocide, U.S. officials have rarely used the term in the past after Turkey joined the North Atlantic Treaty Organization (NATO). The U.S. submitted a written statement on the Armenian genocide to the International Court of Justice in 1951, and President Ronald Reagan mentioned it by name in an April 1981 proclamation. Joint congressional resolutions in 1975 and again in 1984 also recognized it.

President Trump in 2019 worked several times to stifle a Senate resolution recognizing the genocide, around the time of Turkish president Recep Tayyip Erdoğan’s visit to the White House.

Recent popes, meanwhile, have recognized the Armenian genocide by name.

In April 2015, Pope Francis called the genocide one of “three massive and unprecedented tragedies” of the 20th century. In 2016, Pope Francis prayed for peace following his trip to Armenia. “A people that suffered so much throughout its history, and faith alone, faith has kept this people on its feet,” he said.

“The extermination of a million and a half Armenian Christians, in what is generally referred to as the first genocide of the twentieth century, and the subsequent annihilation of thousands under the former totalitarian regime are tragedies that still live in the memory of the present-day generation,” the declaration stated.

“As we rejoice in the Resurrection during this Easter season, may all people of good will join together on this solemn day of recollection to pray and work for justice and peace and remember anew that eternal life in Christ reigns supreme and forever,” he stated.

Bishop urges prayer, fasting in re...