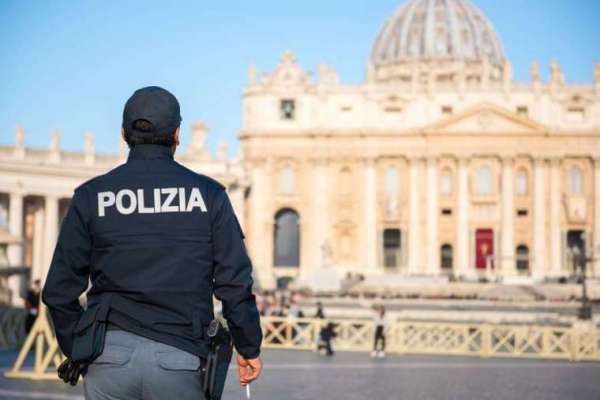 Vatican City, Mar 26, 2021 / 01:00 pm (CNA).- A British judge has reversed the seizure of the accounts of an Italian broker under investigation by the Vatican, saying that Vatican prosecutors withheld and misrepresented information in their request to the U.K. court.

Torzi was arrested by the Vatican last summer on charges of two counts of embezzlement, two counts of fraud, extortion, and money laundering.

Torzi is under investigation by the Vatican after he helped broker the Secretariat of State’s controversial purchase of a London property development. The Vatican alleges that in doing so, Torzi was part of a conspiracy to defraud the secretariat of millions of euros.

In his 42-page ruling, made public this week and first reported by the Catholic investigative news website The Pillar, Baumgartner wrote that the Vatican’s “non-disclosures and misrepresentations are so appalling that the ultimate sanction” to reverse the seizure of the assets was appropriate.

He said, “I do not consider there is reasonable cause to believe that Mr. Torzi has benefited from criminal conduct,” as the Vatican argued.

A copy of the court’s ruling was provided to CNA by a member of Torzi’s press team.

The secretariat bought the property at 60 Sloane Avenue in London in stages between 2014 and 2018 from Italian businessman Raffaele Mincione. Torzi brokered the sale, earning millions of euros for his role in the final stage of the deal.

The Vatican claims Torzi was “secretive and dishonest” when he retained the voting shares, while Torzi argues that everything was transparent and communicated to Vatican officials in conversation and in documents signed by them.

In his ruling, Baumgartner sided with Torzi, saying the claim that the broker was “secretive and dishonest” was not supported by the evidence before him and a “misrepresentation” by Vatican prosecutors.

In their case against Torzi, Vatican prosecutors said that Torzi knew Enrico Crasso, an investment manager for the secretariat, and secretariat officials Fabrizio Tirabassi and Msgr. Alberto Perlasca, were acting outside their actual authority to defraud the secretariat.

The judge said the claim, which is “the crux” of the Vatican’s case against Torzi, was not suggested by the evidence presented, including the fact that the transaction “was expressly approved and authorized by Archbishop Peña Parra in his proxy to Monsignor Perlasca dated 22 November 2018.”

“I have seen nothing to suggest that Mr. Torzi knew or suspected Monsignor Perlasca was acting other than in accordance with what he was telling his superiors within the Secretariat including, ultimately, the Secretariat himself, Cardinal Parolin,” Baumgartner wrote.

'The shenanigans' at Mot...