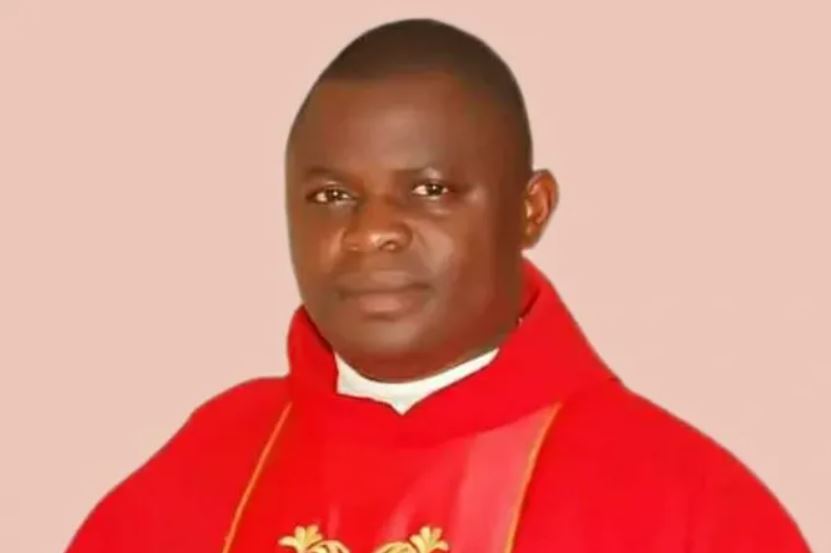 Prayers are being sought for the quick and safe release of a Catholic priest, Father Benson Bulus Luka, kidnapped from his parish residence in Nigeria’s Kafanchan Diocese.

“It is with great pain that we announce to you the kidnapping of our Priest, Rev. Fr. Benson Bulus Luka,” the Chancellor of Kafanchan Diocese, Father Emmanuel Uchechukwu, said in a statement shared with ACI Africa Sept. 14.

As Fr. Uchechukwu explained, “The sad event occurred on Monday, September 13, 2021 at about 8.45 p.m. He was abducted from his residence at St. Matthew’s Catholic Church, Anchuna, in Zango Kataf Local Government Area of Kaduna State.”

Nigeria has been experiencing insecurity since 2009 when the Boko Haram insurgency began with the aim of turning the country into an Islamic state.

Since then, the group, one of largest Islamist groups in Africa, has been orchestrating indiscriminate terrorist attacks on various targets, including religious and political groups, as well as civilians.

The insecurity in the country has worsened, also, due to the involvement of predominantly Muslim Fulani herdsmen, also referred to as the Fulani Militia, who have been clashing frequently with Christian farmers over grazing land.

In his Sept. 14 statement, the Chancellor of Kafanchan Diocese implored, “May Jesus crucified on the Cross, listen to our prayers and hasten the unconditional release of His Priest and all other kidnapped persons.”

The latest abduction of Fr. Benson Bulus Luka follows a series of other kidnappings of members of the clergy in Africa’s most populous nation.

In April, gunmen kidnapped Father Izu Marcel Onyeocha, a member of the Congregation of Missionaries, Sons of the Immaculate Heart of the Blessed Virgin Mary (Claretians). He was later freed.

In May, St. Vincent Ferrer Malunfashi Catholic Parish of Nigeria’s Sokoto Diocese was attacked and two priests kidnapped. One of them, Father Alphonsus Bello, a 33-year-old Fidei Donum priest incardinated in Nigeria’s Kaduna Archdiocese, was killed. The other priest, Fr. Joe Keke, 75, was later released.

In July, a priest serving in Nigeria’s Maiduguri Diocese, Father Elijah Juma Wada, was abducted and later escaped after spending nine days with his captors.

Last month, Catholic Bishops in Nigeria decried the rise in cases of abductions, killings, and property destruction, calling upon the government to “take full responsibility for the present culture of violence.”

“Deaths in the hands of kidnappers, killer herdsmen, bandits, terrorist groups have made Nigeria one of the most terrorized countries in the world,” members of the Catholic Bishops’ Conference of Nigeria (CBCN) said in an Aug. 26 statement.

While recognizing the efforts being made by relevant authorities to tackle insecurity in the West African nation, Catholic leaders underscored the need for the Muhammadu Buhari-led government “to show more strategic commitment and sincerity in this fight and take full responsibility for the present culture of violence and impunity in the country.”

“The Government must be balanced and seen to be so in its response to the challenges of insecurity in every segment of the citizenry,” the Catholic Bishops in Nigeria said in their communiqué following their Aug. 19-27 second Plenary Assembly held in Nigeria’s Enugu Diocese.