Vatican Archbishop: Turn Off Your Phone and Open the Gospel 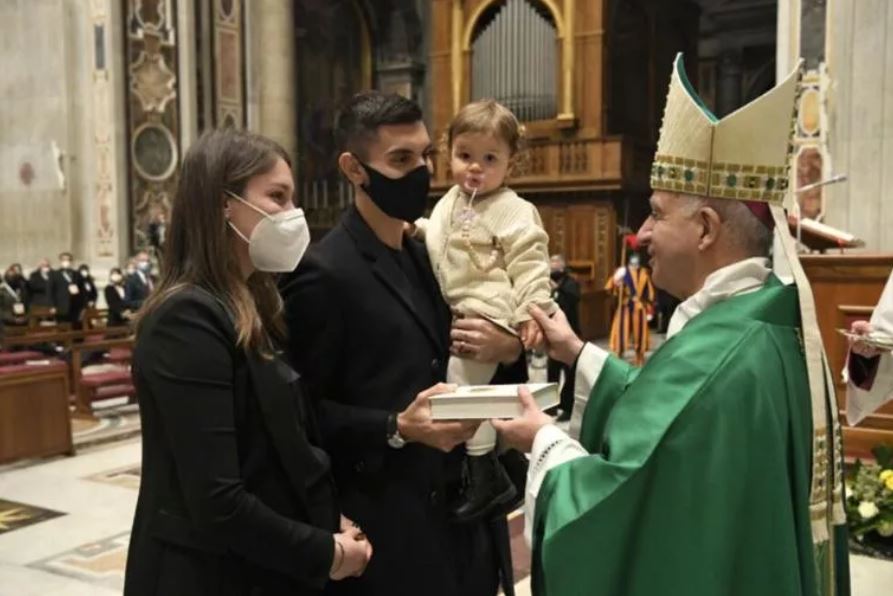 Vatican Archbishop: Turn Off Your Phone and Open the Gospel

Pope Francis declared the Third Sunday in Ordinary Time a special day for celebrating the Word of God in the Church with the promulgation of the apostolic letter “Aperuit illis,” on the 1,600th anniversary of the death of St. Jerome, who translated the Bible into Latin in the fourth century.

VATICAN CITY — A Vatican archbishop urged Catholics to turn off their cell phones and open the Gospel instead as he celebrated Mass marking the Sunday of the Word of God.

Archbishop Rino Fisichella, president of the Pontifical Council for the New Evangelization, issued the appeal on Jan. 24 as he offered the Mass in St. Peter’s Basilica.

“Let us set the Gospel in a place where we can remember to open it daily, perhaps at the beginning and at the end of the day, so that amid all those words that ring in our ears, there may also be a few verses of the word of God that can touch our hearts,” he said.

Archbishop Fisichella celebrated the Mass in place of Pope Francis, who was unable to attend because of a resurgence of the nerve pain that struck him at the end of 2020. The Mass was attended by a small congregation due to the coronavirus pandemic.

The Pontifical Council for the New Evangelization is the Vatican department responsible for promoting the Sunday of the Word of God, which the pope introduced in 2019.

Reading the homily that Pope Francis intended to deliver, Archbishop Fisichella reflected on the day’s Gospel reading, Mark 1:14-20, in which Jesus proclaims the Kingdom of God.

He said that Christ’s declaration that the Kingdom was “at hand” was “the leitmotif of his preaching, the heart of his message.”

This proclamation is not only a source of consolation but also a call to conversion, he noted.

“‘Repent,’ says Jesus, immediately after proclaiming God’s closeness. For, thanks to his closeness, we can no longer distance ourselves from God and from others,” he said.

“The time when we could live thinking only of ourselves is now over. To do so is not Christian, for those who experience God’s closeness cannot ignore their neighbors or treat them with indifference.”

Pope Francis declared the Third Sunday in Ordinary Time a special day for celebrating the Word of God in the Church with the promulgation of the apostolic letter “Aperuit illis,” on the 1,600th anniversary of the death of St. Jerome, who translated the Bible into Latin in the fourth century.

The theme of this year’s Sunday of the Word of God — the second since the pope instituted the celebration — is “Holding Fast to the Word of Life,” from Philippians 2:16.

The Vatican’s liturgy congregation issued a note last month encouraging Catholic parishes around the world to celebrate the event with new vigor.

In the note published Dec. 19, the Congregation for Divine Worship and the Discipline of the Sacraments suggested ways that Catholics should prepare for the day devoted to the Bible.

It advised them to follow the indicated readings “without replacing or removing them, and using only versions of the Bible approved for liturgical use,” while recommending the singing of the responsorial psalm.

The congregation urged bishops, priests, and deacons to help people to understand Sacred Scripture through their homilies. It also highlighted the importance of leaving room for silence, which “by favoring meditation, allows the word of God to be received inwardly by the listener.”

In his homily, Archbishop Fisichella observed that Jesus addressed his call first to simple Galilean fishermen, rather than to scriptural experts, beginning at the periphery rather than the center “in order to tell us too that no one is far from God’s heart.”

“Everyone can receive his word and encounter him in person,” he said.

He said that Jesus’ words to them — “Follow me, I will make you become fishers of men” (Mark 1:17) — were deeply significant.

“If he had told them: ‘Follow me, I will make you Apostles, you will be sent into the world to preach the Gospel in the power of the Spirit; you will be killed, but you will become saints,’ we can be sure that Peter and Andrew would have answered: ‘Thanks, but we’ll stick to our nets and our boats!’”

“But Jesus spoke to them in terms of their own livelihood: ‘You are fishermen, and you will become fishers of men.’ Struck by those words, they come to realize that lowering their nets for fish was too little, whereas putting out into the deep in response to the word of Jesus was the secret of true joy.”

The same is true of us, Fisichella said. “As he did with those fishermen, he waits for us on the shore of our life. With his word, he wants to change us, to invite us to live fuller lives and to put out into the deep together with him.”

Before giving the final blessing, the archbishop gave copies of a special edition of the Bible, prepared for the occasion, to people representing various states of life in the Church. They included Lorenzo Pellegrini, a soccer player for A.S. Roma, and his family, and a student from Pakistan studying at the Pontifical Biblical Institute in Rome.

Describing the Bible as “a love letter” written by God, the archbishop encouraged Catholics to carry Holy Scripture with them at all times, in a pocket or on a smartphone, and to keep it in “a worthy place” at home.

Concluding his homily, the archbishop noted that the Gospel readings in the current liturgical year are taken from St. Mark’s Gospel, the shortest of the four Gospels.

“Why not read it at home too, even a brief passage each day,” he suggested. “It will make us feel God’s closeness to us and fill us with courage as we make our way through life. 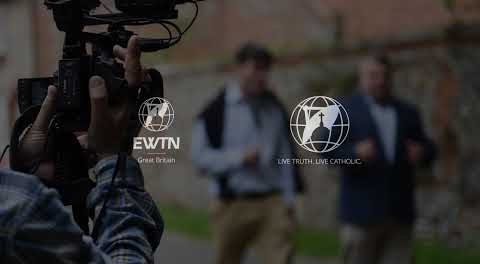