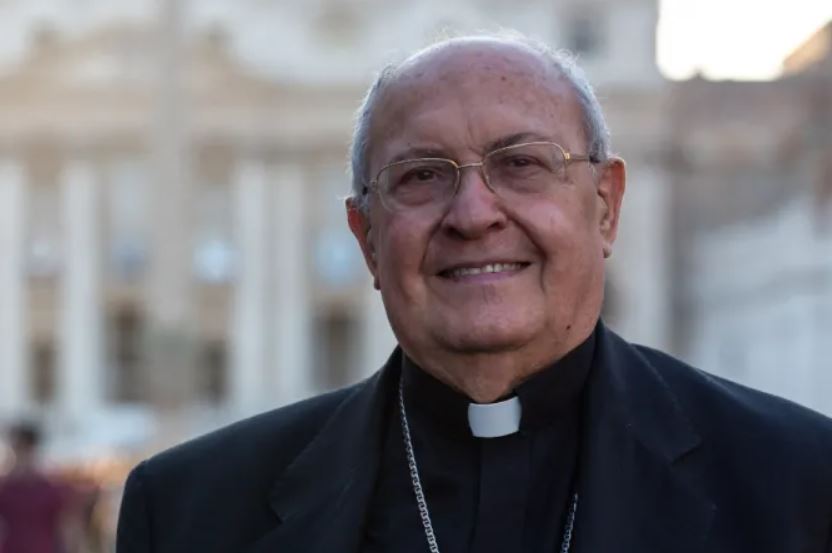 Cardinal Leonardo Sandri has called for a reawakening of consciences in Europe after the European Parliament vote in favor of describing abortion as “essential healthcare.”

“The only one whom one should serve is Christ our Lord, and no other ideology or worldview, where often behind fine rhetoric, in reality, the vision of man is narrowed and his dignity is debased,” the cardinal said in a homily on June 28.

“An example of this is the Europe of our time, which in the context of an unprecedented world crisis — with risks not only for public health, but also for work and the protection of the most vulnerable groups — finds the time to approve a report that defines abortion as a fundamental human right.”

The Vatican prefect described the vote as “a dangerous anthropological drift before which we must awaken our consciences for a renewed alliance to authentic service to humanity.”

The EU’s law-making body voted on June 24 in favor of a report seeking to redefine conscientious objection as a “denial of medical care.”

The report also declared that violations of “sexual and reproductive health and rights” are “a form of violence against women and girls.”

Members of the European Parliament, voted by 378 votes in favor and 255 against, with 42 abstentions, to adopt the report at a plenary session in Brussels, Belgium.

Only two of the EU’s 27 member states — Poland and Malta — do not permit abortion on demand or on broad social grounds.

Archbishop Tadeusz Kondrusiewicz, the chairman of the pastoral care commission for the Catholic bishops’ conference of Belarus, also responded to the European Parliament vote. He called on Catholics to seek the intercession of the Virgin Mary for an end to “a culture of death.”

“As you can see, secularism in Europe is not slowing down, but is gaining momentum,” the archbishop said in a statement posted to Catholic.by, the website of the Catholic Church in Belarus.

“The ideology of moral relativism prevails over unchanging moral norms and common sense. The culture of life that the founding fathers of the European Union dreamed of is being reborn into a culture of death before our eyes.”

The archbishop said that about 29,000 abortions occurred in Belarus each year, as the country also faces a “deep demographic crisis.”

“Therefore, we cannot allow the approach to abortion adopted in the European Union, which will be a genocide of our people,” he said.

Sandri, a 77-year-old Argentine cardinal, has served as the prefect for the Vatican Congregation for the Eastern Churches since 2007. He spoke during the Divine Liturgy offered in the Basilica of St. Paul Outside the Walls in Rome by Archbishop Cyril Vasiľ, the eparchial bishop of the Slovak Catholic Eparchy of Košice.

An icon of Our Lady of Klokočov was inside of the basilica for the Divine Liturgy. The Marian icon is renowned for having shed tears 350 years ago amid violence between Calvinists and Catholics.

Pope Francis venerated the icon in St. Peter’s Basilica during the Mass for the Solemnity of Saints Peter and Paul on June 29.

At his general audience the next day, the pope welcomed the pilgrims from Slovakia.

He said: “I greet with affection the Slovakian faithful, especially the participants in the Pilgrimage of Thanksgiving of the Eparchy of Košice, which celebrates the 350th anniversary of the miraculous weeping of the icon of Our Lady of Klokočov, led by their Ordinary Archbishop Cyril Vasiľ.”

Sandri highlighted that the pope had expressed a desire to visit Slovakia this fall.

The cardinal also expressed admiration for how both Byzantine and Latin Catholics in Slovakia endured persecution for their faith throughout history.

“Let us, therefore, look back with gratitude to all those who preceded you, especially those who were not afraid of any human regime and power, putting before us the primacy of God and the need to make Jesus known from generation to generation,” he said.

The Legacy of the ‘Malines Convers...

Young Priest Discovers Anew the Be...