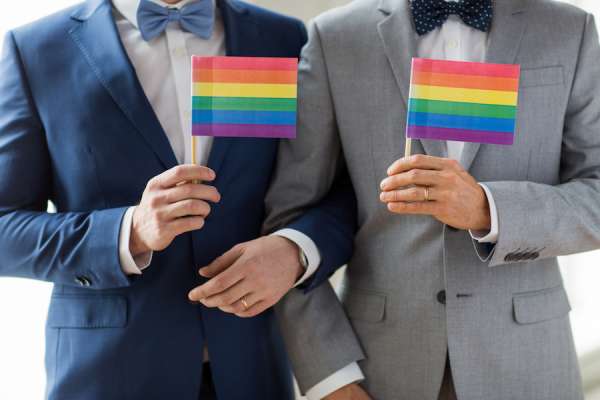 Vatican City, Mar 15, 2021 / 05:22 am (CNA).- The Vatican’s doctrinal office on Monday clarified that the Catholic Church does not have the power to give liturgical blessings of homosexual unions.

Answering the question “does the Church have the power to give the blessing to unions of persons of the same sex?,” the Congregation for the Doctrine of the Faith responded, “negative.”

In an accompanying note, the doctrine office explained that blessings are sacramentals, and “consequently, in order to conform with the nature of sacramentals, when a blessing is invoked on particular human relationships, in addition to the right intention of those who participate, it is necessary that what is blessed be objectively and positively ordered to receive and express grace, according to the designs of God inscribed in creation, and fully revealed by Christ the Lord.”

“Therefore, only those realities which are in themselves ordered to serve those ends are congruent with the essence of the blessing imparted by the Church,” the CDF said.

“For this reason, it is not licit to impart a blessing on relationships, or partnerships, even stable, that involve sexual activity outside of marriage (i.e., outside the indissoluble union of a man and a woman open in itself to the transmission of life), as is the case of the unions between persons of the same sex.”

The ruling and note were approved for publication by Pope Francis and signed by CDF prefect Cardinal Luis Ladaria and secretary Archbishop Giacomo Morandi.

The CDF’s note did not state the origin of the question — known as a dubium — submitted to the doctrinal office. But it observed that “in some ecclesial contexts, plans and proposals for blessings of unions of persons of the same sex are being advanced.”

In recent years, German bishops in particular have been increasingly outspoken in demanding “discussions about an opening” towards acceptance of practiced homosexuality and the blessing of homosexual unions in the Church.

Following consultations in Berlin in late 2019, the chairman of the marriage and family commission of the German bishops’ conference declared that the German bishops had agreed that homosexuality was a “normal form” of human sexual identity.

The topic also plays a central role in one of four forums that constitute the controversial “Synodal Path” underway in Germany.

The CDF explained in 2003 that “the Church teaches that respect for homosexual persons cannot lead in any way to approval of homosexual behavior or to legal recognition of homosexual unions.”

In its explanatory note March 15, the Vatican said that its answer to the dubium does not deny that blessings may be given to individuals with homosexual inclinations who manifest the will to live in fidelity to Church teaching.

The ruling instead “declares illicit any form of blessing that tends to acknowledge their unions as such,” which, the CDF explained, would in this case “approve and encourage a choice and a way of life that cannot be recognized as objectively ordered to the revealed plans of God.”

Sacramentals such as blessings are given in relationship with the sacraments. Therefore, blessings of same-sex unions “would constitute a certain imitation or analogue of the nuptial blessing invoked on the man and woman united in the sacrament of Matrimony,” the note said.

German bishops who have publicly voiced support for the blessing of same-sex unions in the Catholic Church include Cardinal Reinhard Marx of Munich and Freising, Bishop Georg Bätzing of Limburg, Bishop Franz-Josef Bode of Osnabrück, and Bishop Heinrich Timmerervers of Dresden-Meißen.

Bätzing, the president of the German bishops’ conference, in December 2020 called for changes to the section on homosexuality in the Catechism of the Catholic Church. Expressing openness to blessings of homosexual unions, he said, “we need solutions for this.”

On Feb. 23, Bishop Peter Kohlgraf of Mainz defended his support for a book of blessings and rites for homosexual unions. The book followed a May 2020 publication from Austria about how same-sex couples might receive a formal, liturgical blessing. Kohlgraf suggested that Catholics with homosexual inclinations cannot all be expected to live chastely.

The CDF noted that proposals for blessings of same-sex unions were often motivated by a sincere desire to welcome and accompany homosexual people in the faith, and encouraged prayer and participation in the liturgy to sustain the commitment “to adhere with freedom and responsibility to one’s baptismal call, because ‘God loves every person and the Church does the same,’ rejecting all unjust discrimination.”

Quoting Pope Francis’ apostolic exhortation Amoris laetitia, the doctrinal office said that, even if there is the presence of positive elements in same-sex relationships, “‘there are absolutely no grounds for considering homosexual unions to be in any way similar or even remotely analogous to God’s plan for marriage and family.’”

It said: “The Church recalls that God Himself never ceases to bless each of His pilgrim children in this world, because for Him ‘we are more important to God than all of the sins that we can commit.’”

“But he does not and cannot bless sin: he blesses sinful man, so that he may recognize that he is part of his plan of love and allow himself to be changed by him,” it continued. “He in fact ‘takes us as we are, but never leaves us as we are.’”

“For the above-mentioned reasons, the Church does not have, and cannot have, the power to bless unions of persons of the same sex in the sense intended above,” the CDF note concluded.

The call for liturgical blessings of same-sex unions is part of a wider push by some German bishops to change the Church’s teaching on a number of issues, including on the sacraments of priestly ordination and marriage.

CNA Deutsch, CNA’s German partner agency, reported that Bätzing has suggested that the Vatican Synod of Bishops on synodality, scheduled for October 2022, could help implement German “Synodal Way” resolutions not only in Germany but throughout the Catholic Church.

Annual Fatima pilgrimage to be vir...