Virtual pilgrimage to Mexico’s monument of Christ the King announced 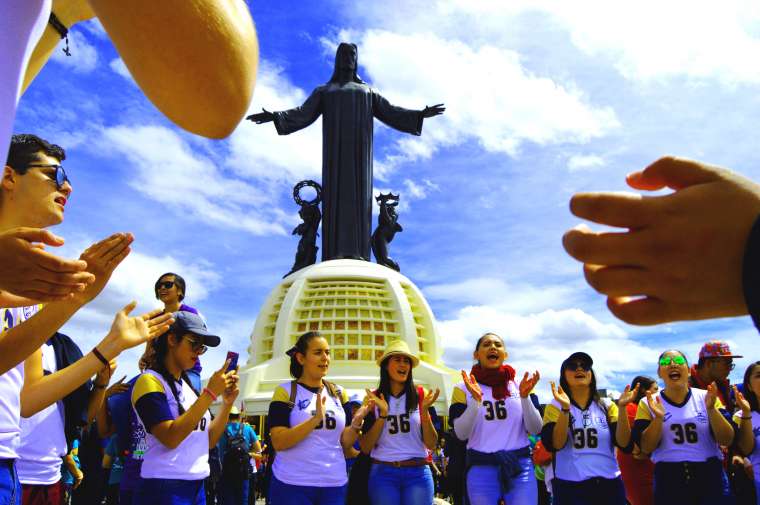 Virtual pilgrimage to Mexico’s monument of Christ the King announced

Guanajuato, Mexico, Jan 8, 2021 / 09:45 am (CNA).- The traditional youth pilgrimage to the monument of Christ the King on the “Cerro del Cubilete” (Dice Cup Hill) in Guanajuato, Mexico, will take place virtually Jan. 30 due to the coronavirus pandemic.

The youth pilgrimage, carried out for almost four decades and organized by the “Movimiento Testimonio y Esperanza” (Witness and Hope Movement), gathers around 50,000 young Catholics each year. The statue of Christ the King that crowns the “Cerro del Cubilete” measures 75 feet and was erected in 1950 as a tribute to the martyrs of the Cristero War. At the beginning of the 20th century, the persecution by the Mexican government against the Catholic faith, which included the prohibition of religious congregations, limitations on worship and even the prohibition of a priest dressing as such, reached a point where civilians of various parts of the country took up arms.

The Mexican government responded with an even greater repression, and the murder of priests and laity. Among the martyrs of the Cristero War was the San José Sánchez del Río, murdered at the age of 14 and canonized by Pope Francis in 2016.

The Cristero rebels were known for their shouts of “Long live Christ the King!” and “Long live the Virgin of Guadalupe!”

The statue of Christ the King stands where a smaller one was destroyed by dynamite in 1928 by the government of Plutarco Elías Calles.

The “Cerro del Cubilete” is also significant in that it marks the country’s geographical center. Considered one of the most historically important religious sites in Mexico, the shrine sits at 8,461 feet above sea level.

It serves as a symbol to unite the nation’s Catholics after the scars of the anti-Catholic period, and embodies the country’s history of religious belief in the power of Christ and as a defiance to suppressors of religious freedom.

In a statement, the organizers pointed out that “aware of the current situation that exists throughout the country, due to the COVID-19 pandemic that has hit the whole world” they decided to “carry out this event virtually – not in person.”