What Does It Mean to Rise From the Dead? 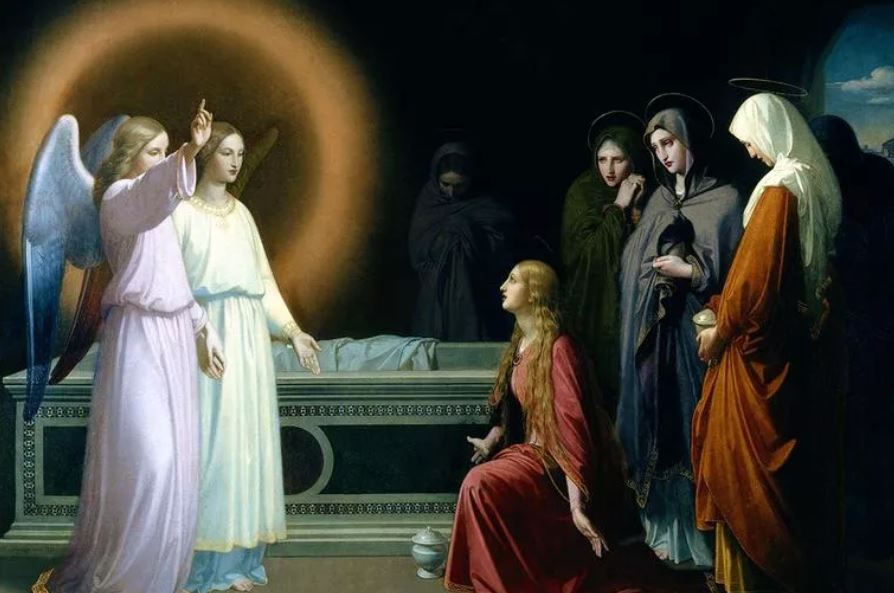 What Does It Mean to Rise From the Dead?

Jesus died and rose to give us a completely new life — a life marked zeal, by victory over sin, by the joy of living in conscious contact with God at every moment of our lives.

Most priests will tell you that Easter Sunday is one of the more difficult Sundays on which to preach. There are many reasons for this. In the first place, the Sacred Triduum (Holy Thursday, Good Friday, and the Easter Vigil) is magnificent and beautiful but exhausting. By Easter morning, liturgical ministers of every rank are drained. Larger congregations with visitors and “twice-a-year” Catholics also change dynamics.

For me, the chief reason preaching on Easter Sunday is difficult is that the new life proclaimed is difficult to understand and challenging to accept. Most of us understand the cross quite well. This world is a valley of tears, an exile, a kind of banishment from the joy and happiness we seek. Suffering is very pointed and is common to us all. As a result, it’s not hard to preach on Good Friday or to preach the Seven Last Words or to make the Stations of the Cross.

What does it mean to rise from the dead? The Scriptures speak of new life; of joy; of seeing sins put to death; of victorious, confident living even in the midst of woe. Yet such experiences are remote for many (though certainly not all).

Even worse, there are some who, through sloth, see new life and victory over sinful drives as something less than appealing. It could mean giving up some favorite sins. It could mean being more generous, loving and forgiving. It could mean not excusing personal mediocrity. It could mean resisting the temptation to compromise with the world. Yes, the Resurrection is challenging — it’s somewhat like an unknown landscape!

Even the Apostles and first disciples had to make a journey to understand and begin to live the Resurrection, so unlikely and unknown was this new reality.

Something they could barely comprehend rocked their world. They saw him! It was surely Jesus. He had flesh and bones, and his wounds were plainly visible. And yet he was different, too. He appeared and then disappeared. I’m sure each wondered, “Did I really see what I think I did? What does it mean that Jesus has risen from the dead? What should I do about it?”

Why recount all this? There are two main reasons. First, because some people today contend that the Apostles fabricated this story of bodily resurrection. Others assert that it was merely wishful thinking after the trauma of the Crucifixion. Still others contend that the Resurrection is just an allegory indicating that Jesus still lived on his teachings and in the hearts of his disciples.

None of these theories can account for the fact that the Resurrection was the last thing anyone expected. I can’t imagine anyone dying for a story, a wish, or a lie. The only reasonable explanation as to why a band of men would set out on a worldwide enterprise and all but one die as martyrs, is that the Risen Christ had truly stood before them — that they had seen and experienced something so astonishing and unexpected that, after having been strengthened and enlightened by the promised Holy Spirit, they felt compelled to go forth into the world despite the danger. They willingly died for the undeniable truth of the Resurrection and for the truth of the Gospel they received from Christ himself.

Second, this illustrates what it means to rise from the dead. St. Paul said:

“Are you not aware that all of us who were baptized into Christ Jesus were baptized into his death? We were therefore buried with him through baptism into death, in order that, just as Christ was raised from the dead through the glory of the Father, we too may walk in newness of life.” (Romans 6:3-4)

Note the “newness of life” evident in the Apostles. Men who were once fearful set out and heroically preached the truth of the Gospel, enduring persecution, imprisonment, beatings and even death. But they had a joy and a certainty from the reality of Christ’s Resurrection and strength from the Holy Spirit that spurred them to bring Christ to the world zealously and indefatigably. These were changed men walking in newness of life!

For us, too, to rise from the dead is to walk in newness of life. It is to be in a life-changing and transformative relationship with the Lord. It is to see sins and sinful drives being put to death and every grace coming alive. It is to be more joyful, more confident, more serene and more trusting of God. It is to be more generous and more loving. It is to hunger for the truth and righteousness the Lord offers. It is to abhor sin and to have a deep and divine affection for God. It is to delight in pleasing him and proclaiming him to others.

Jesus died and rose to give us a completely new life. A life increasingly victorious over sin. A life marked by zeal and the joy of being in living, conscious contact with God at every moment. This is the normal Christian life. This is what Christ died to give us and rose to show us. This, and so much more, is what it means to rise from the dead.

Yet too many have settled for a life of tepidity, spiritual boredom and habitual sin. Is that the best that the death of the Son of God can do for us? Impossible! The normal Christian life is to become increasingly alive and joyful. It is to be confident that God, who has begun a good work in us, will bring it to completion. It is to make steady progress toward this goal evident to others through the way we live.

“Therefore, if anyone is in Christ, he is a new creation. The old has passed away. Behold, the new has come”! (2 Corinthians 5:17)

St. Cyprian of Carthage testified in this way of his Baptism and new life:

“I was bound fast, held by so many errors of my past life, from which I did not believe I could extricate myself. I was disposed therefore to yield to my clinging vices; and, despairing of better ways, I indulged my sins. … But afterwards, when the stain of my past life had been washed away by means of the waters of rebirth, a light from above poured itself upon my chastened and now pure heart; through the Spirit which is breathed from heaven, a second birth made of me a new man. And then in marvelous manner, doubts immediately clarified themselves, the closed opened…and what had been thought impossible was able to be done.” (“Letter to Donatus,” No. 4)

Finally, the Easter prayers of the Church instruct and admonishes us that “we may always find delight in these paschal mysteries, so that, the renewal constantly at work within us, may be the cause of our unending joy” (Offertory Prayer, 4th Sunday of Easter).

This Easter, may you discover and realize more fully what it means to rise from the dead. May we all walk ever more richly in the newness of life that the Lord died and rose to give us!

What the Saints Say About Easter 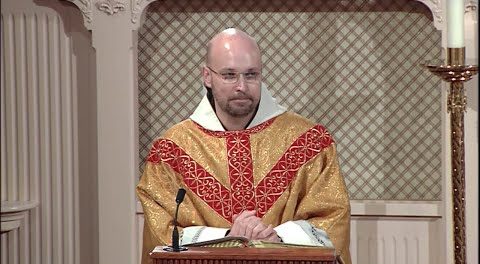