What Exorcists Say About Cancel Culture and Forgiveness 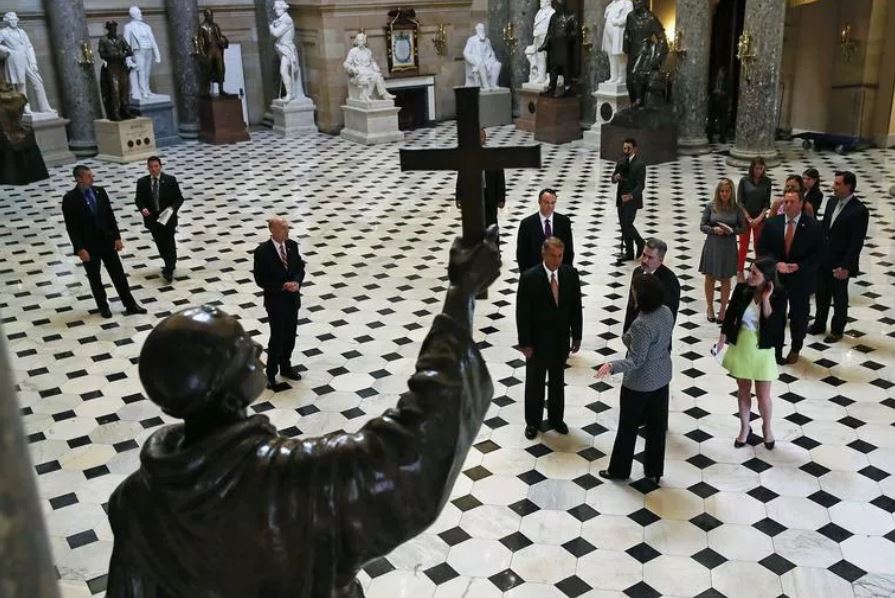 What Exorcists Say About Cancel Culture and Forgiveness

“This outpouring of mercy cannot penetrate our hearts as long as we have not forgiven those who have trespassed against us.” (CCC 2840)

There are a lot of problems with the cancel culture, one being unforgiveness. Denying redemption is convenient when furthering a political agenda, but it’s contrary to following Jesus.

To attack heroes from the past, motives get warped along with time and space perspectives. When canceling people in the here and now, missteps become targets, mercy is denied, and apologies rejected even if the bad judgment happened years earlier.

Consider the cases of Alexi McCammond and Mitchell Martin, who were canceled as adults for things they did in childhood. McCammond, the former 27-year-old editor of Teen Vogue, was forced to resign last year when three anti-Asian tweets from a decade earlier were found.

She said she no longer thinks that way, but there was no pathway to redemption despite apologies and subsequent years of no such behavior. Instead, she received the usual due process: shaming, shunning and canceling.

Last fall, college freshman Mitchel Miller was dropped from the University of North Dakota hockey team after an Arizona newspaper reported that he had bullied a Black developmentally disabled student when he was in the eighth grade. The president of the university, Andrew Armacos then announced, “We expect our students to live by our values in the classroom, in the community, and when representing the university on the field of play.”

Whether it’s years, decades or centuries later, as in the case of St. Junípero Serra, unforgiveness is trending. And it is also a trap. The bait is always an offense whether personal, historical or on a public stage. They are all very different circumstances, but Jesus tells us repeatedly, including in the Our Father, that we are to “forgive those who trespass against us.”

The root of an unforgiving culture begins within individuals. Exorcists often witness the danger of unforgiveness firsthand. Unforgiveness gives power to the devil, while forgiveness lets God in. In the book, The Devil is Afraid of Me, Former Vatican exorcist Father Gabriel Amorth (1925-2016) explained that in order to free someone from an evil spell, forgiveness is necessary. He stated:

“Heartfelt forgiveness toward the one who did this evil is the basic requirement. At times I am made to understand that the exorcisms on a particular person are not having any effect, and I ask this person: ‘Have you forgiven the one who did this evil to you?’ ‘No.’ And then enough with the exorcisms. We must at least make an effort to pardon the one who has done evil to us. Forgiveness also occurs through the action of the Holy Spirit — that is through the love of God, who alone can cure hearts. Therefore, one should invoke the Holy Spirit.”

In Diary of an American Exorcist : Demons, Possessions, and the Modern-Day Battle Against Ancient Evil, Msgr. Stephen Rossetti explained that unforgiveness gives the devil power over us: “During the process of an exorcism, sometimes people get stuck. We pray and pray and pray, and they don’t seem to get any better.”

What sometimes emerges is a deep-seated lack of forgiveness, he explained. “Many of those who come to us with demonic spirits have been traumatized in their youth by someone. They are understandably angry and harbor an inner desire for their tormentor to suffer. But as long as they hang on to that anger and unforgiveness, it is they who are being poisoned.”

According to Rossetti, demons latch onto this and will not leave. “The demons themselves are forever stuck in an inner rage,” he says. “They are spending an eternity in Hell blaming God (unjustly) and holding on to their anger and resentment.”

One of the problems in our culture, he says, is that people misunderstand what it means to forgive. “It does not mean that abusers should not answer for their crimes and go to prison. It does not mean that we should have a warm feeling and have a positive emotional connection to our abusers.”

Rather, according to him, forgiveness in the Christian sense is letting go of the resentment and the anger and then asking God to bless the person who offended us. “It is an act of the will,” he states, “not a feeling.” He notes that when we curse someone, we cause ourselves to suffer and when we bless our enemies, it is we who are liberated and at peace. Thus, he says that forgiving others is a regular part of the exorcism process, bringing healing and causing the demons to take flight.

Carrying grudges and canceling people stem from the same attitude of unforgiveness. No one is saying to ignore, excuse or let trespasses continue, but we must move forward as followers of Christ, with a habit of forgiveness that unburdens hearts, minds and souls.

Why Our Lady of the Pillar is the...