What Inspired Tolkien to Create Middle-Earth? 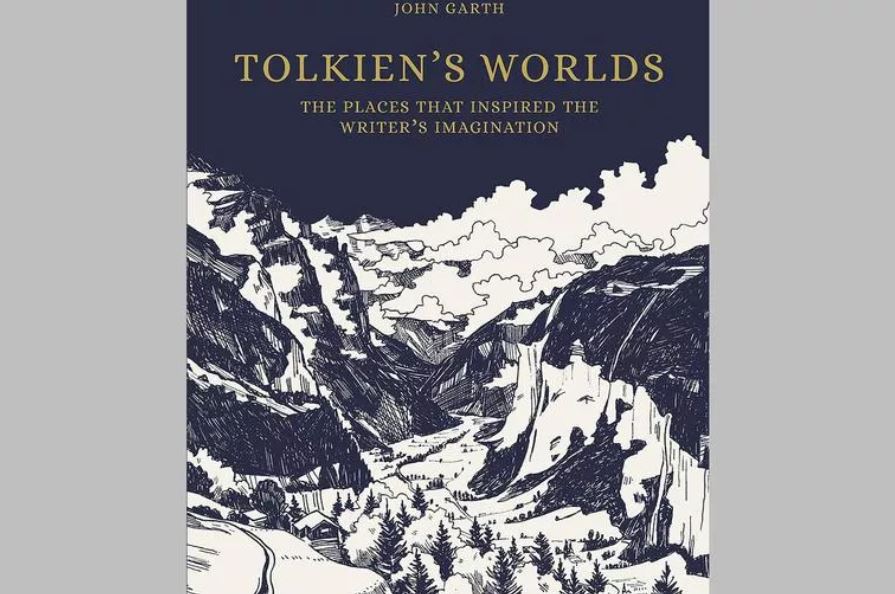 What Inspired Tolkien to Create Middle-Earth?

The Worlds of J.R.R. Tolkien

The Places That Inspired Middle-Earth

The world-building of J.R.R. Tolkien is so rich and his descriptive powers so great that countless readers feel as though they almost inhabit his creations. But what of the places that Tolkien himself inhabited, both in the real world and in the landscape of his imagination? That is the subject of the new book from John Garth, author of Tolkien and the Great War. The Worlds of J.R.R. Tolkien: The Places That Inspired Middle-Earth strives to lay the world of Tolkien himself before the reader and, with a combination of copious illustrations and perceptive text, largely succeeds, with one exception.

“If you really want to know what Middle-earth is based on,” Tolkien told interviewer Henry Resnick in 1967, “it’s my wonder and delight in the earth as it is, particularly the natural earth.” And, he could have added, the English countryside in particular. Garth puts his finger on something key in the life of Tolkien by seeing the author as one of his own characters, traveling into a distant land and encountering all its marvels and strangeness for the first time. For Tolkien, that land was England itself, which he called “a revelation” to him. Arriving as a child from his home in South Africa, Tolkien found England as the original “far green country.” As a boy, he was the voyager to this new land, with strangely gray skies and green hills compared to the oppressive sun and heat of his childhood home in Bloemfontein.

“I take my models like anyone else — from such ‘life’ as I know,” he wrote, and Garth limns the twofold geography of that life: the physical world and the world he knew from reading, both equally real to him. The book begins with a brisk and perceptive overview of the myriad influences that Tolkien synthesized to create his world. Divided by points of the compass, they outline how the North (Norse, Germanic), South (Classical, African), West (Celtic) and East (Assyrian, Egyptian) shaped the landscape of his imagination.

After tracing Tolkien’s initial attempts, in the Lost Tales and other surviving fragments, to forge a kind of origin story for England, Garth surveys the types of environments Tolkien encountered in both their real and imagined incarnations. Mountains, the sea, waterways, forests, ancient ruins, monumental buildings, the battlefield, and the shift from rural craftsmanship to heavy industry all left vivid marks on his imagination, feeding the creation of everything from the Withywindle River (based on the Cherwell) to the Sarumon-blighted Shire (a critique of industrialization). For example, Garth makes a solid case that a long hike through the Alps when Tolkien was 19 “laid the foundations for almost every mountain scene Tolkien wrote.”

Middle-earth, Tolkien noted, is not another planet. It is our world, viewed mythopoeicly. The term itself comes from the Anglo-Saxon understanding of the visible world, between the vault of heaven and the underworld. Tolkien first encountered it in Crist I, an Old English alliterative poem found in the Exeter Book. Possibly written by Cynewulf, it describes the coming of Christ in phrases influences by the Advent liturgy:

And true radiance of the sun,

Sent to men over middle-earth …

The poem hails the coming of Jesus to our world in the Incarnation, and although Garth acknowledges the work’s place at the very heart of Tolkien’s inspiration, the religious impulse driving that inspiration eludes him. Like many secular writers, Garth seems unwilling to grapple with The Professor’s passionate, living faith, which, by his own words, was deeply entwined with his life’s work. This is a strong book in many aspects, and a recommended one, but there is a giant Catholic-shaped hole at its center. Aside from a few fleeting biographical mentions of Catholicism, the voyage of St. Brendan and cathedral architecture, the most important element of Tolkien’s life — his faith — is largely ignored. There’s no reason to belabor this gap, or let it prevent us from recommending The Worlds of J.R.R. Tolkien, a work overflowing with other riches. But it does seem to be a consistent feature of mainstream writing about the author.

The Worlds of Tolkien isn’t a tour guide and doesn’t attempt one-to-one analogies of fictional to real-life locations, but rather looks at how a vivid sense of place was transformed by a potent imagination. With excursions into history, geology, philology, natural history, archaeology, architecture, folklore, art and literature, Garth evokes and analyzes the world Tolkien inhabited. It does what any great work of literary criticism should do: send us back to the sources with a renewed and deepened appreciation.