When Politics Poisons Everything — Including Baseball 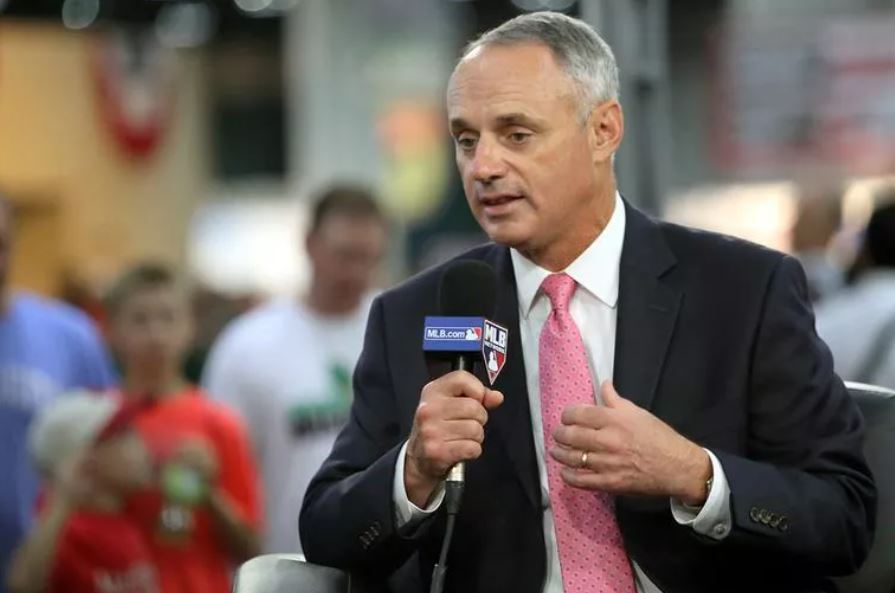 When Politics Poisons Everything — Including Baseball

COMMENTARY: By moving the annual All-Star Game out of Atlanta, MLB commissioner Rob Manfred whiffed, accepting an ideological caricature of Georgia’s election law by its opponents.

For an example of how poisonous politics can become, look at the rancid politicization of Major League Baseball. MLB commissioner Rob Manfred pulled the annual All-Star Game out of Atlanta because of his unquestioned acceptance of one side’s ideological framing of Georgia’s new election-integrity law. That law seeks, among other things, something long supported by huge majorities of Americans of all races, colors or creeds: the common-sense step of requiring voters to provide some form of ID.

MLB actually believes in IDs, too. You need an ID to pick up your tickets or buy a beer at a baseball game. Here’s an experiment for you: Go to the pick-up window of your ballpark this summer and tell the ticket-person you forgot your ID. Good luck getting the tickets you paid for. And yet Major League Baseball cries foul if a state asks for your ID before you vote?

Instead, MLB is moving the game to Denver, where, as Georgia Gov. Brian Kemp has observed with irony, “Georgia has 17 days of in-person early voting, including two optional Sundays. Colorado has 15. … They also have a photo ID requirement. So, it doesn’t make a whole lot of sense to me.”

But it does make sense, said Kemp, if people are whipped up into believing just the opposite — when they are misled about what’s happening in Georgia. Kemp here included President Biden: “Obviously, you’ve got Stacey Abrams and her groups that are — including the president — that are lying to the American people and our citizens.”

To assert that they’re lying is a strong charge. As Catholics, we want to be charitable, avoiding accusing people of bearing false witness if they’re not in fact deliberately engaging in deception. But no doubt, many people in this heated debate believe what they prefer to believe, casting their political opponents as sinister cretins of ill will, ratcheting up the rhetoric, engaging in hyperbole, and enflaming a heated situation by ascribing the very worst intentions — pushing a narrative that sows discord, anger, even hatred.

How odd that Kemp is the target of this. Liberals vilifying the governor might want to recall that it was this same group of Republicans in Georgia that infuriated Trump supporters by not giving them what they wanted in terms of investigating voting-fraud allegations in the November presidential election. The good will of Kemp and friends should have earned some trust among progressives. It wasn’t long-lived.

As for MLB commissioner Manfred, he has accepted an ideological caricature of Georgia’s election law by its Democratic Party opponents, who denounced it as “racist.” For that reason, he and MLB yanked the All-Star Game. What’s especially ironic and sad about MLB’s move is that Atlanta (which has a majority Black population) is arguably the most-thriving city in the U.S. for Black Americans and minority-owned businesses. This boycott by MLB, whose headquarters distantly sit up north in New York City, will cost African Americans in Georgia literally tens of millions of dollars (one estimate exceeds $100 million). It will be economically devastating to Black people in Atlanta.

This action not only hurts African Americans economically, but it also hurts them politically, precisely where the Georgia election law seeks to help.

For a long, arduous time, Blacks in the South sought enfranchisement. Interestingly, Merriam-Webster to this day defines enfranchisement as “to set free (as from slavery).” This came to include, of course, political enfranchisement at the voting booth — which, in the South, meant overcoming not only slavery but Jim Crow laws, poll taxes, ballot-box stuffing and more. Almost all of which can be curtailed by mere voter-ID laws.

Going back to at least the 19th century, Blacks in the South sought the right to vote and make their votes count. Election integrity laws ever since have sought to create standards that achieve just that. Such laws sought standards for everyone, of all races and religions. (In the South, not only Black people felt discrimination but so did Catholics.) There can be nothing more frustrating — i.e., a feeling of political disenfranchisement — than fearing your vote may be canceled out by votes cast without ID or by mass mail-in balloting in which the reliability of votes cannot be traced.

Here in my home state of Pennsylvania, I can’t begin to convey the number of people who reached out to me expressing great frustration that in the last election they felt their votes didn’t count due to allegedly insecure or unaccountable mail-in ballots cast without sufficient ID. Regardless of whether you believe their concerns are valid, the point is that you take steps ahead of time to prevent such suspicions. You work legislatively to ensure voter integrity before an election. Florida did so after the 2000 vote there, and we’ve heard no controversies about Florida since. Kudos to Georgia for jumping on this now, immediately after the 2020 vote.

(Incidentally, some believe that Georgia’s new ID laws are too lax. For instance, according to Georgia’s secretary of state, absentee ballots can be cast without a photo ID; voters can instead use a photocopy of a bank statement, a utility bill, a paycheck stub, the last four digits of a social security number or several other options.)

And yet, Democrats have framed the Georgia bill in just the opposite manner, viciously casting it as “racist.” Such over-the-top vitriol serves to intimidate corporations and organizations like Major League Baseball. But people who follow this stuff know better. No less than the liberal Washington Post in a fact-check analysis gave President Biden “four pinocchios” for false statements about the Georgia election law, noting that the “net effect” of the law is “to expand the opportunities to vote for most Georgians, not limit them.”

But Major League Baseball, an organization with expertise not in ballots but balls and strikes, crossed the line and stuck its nose into a political debate where it has no expertise and no place. We cannot have an America where sports organizations like MLB and the NFL and the NBA (among others) make sports decisions based on partisan debates among politicians.

The worst part is the political manipulation and abuse by MLB of its fans, holding us hostage to the personal politics of the commissioner. It takes advantage of us — oh, they’ll still come to the ballpark and watch the games on TV. They’ve forced millions of fans into a position of choosing baseball or politics this summer.

Alas, one might wonder if there’s a Catholic message in this. Actually, I think there is.

As I said earlier, as Catholics, we want to be charitable to people. We want to treat our brothers and sisters with dignity and decency. We don’t want to bear false witness or accuse others of bearing false witness if they’re not truly engaging in deception. We want to calm the waters and be a source of light.

In the New Testament, Paul’s Second Letter to Timothy warns all about false teaching and false teachers. It speaks about how in the “last days” people will become “self-centered,” “haughty,” “abusive,” “callous, implacable, slanderous, licentious, brutal, hating what is good,” and “always trying to learn but never able to reach a knowledge of the truth.” As I wrote here in January, after the chaotic 2020 election, we’ve firmly entered a post-truth era in which people don’t even know what the truth is anymore, nor where to go to get information they can trust.

Our modern America is a viciously divided place where people are pitted against one another over politics and ideology. There’s a constant fomenting of discord and disorder that only the devil could enjoy. Politics and ideology are poisoning everything. The culture has become increasingly unbearable.

A friend emailed me two years ago about the noxious politicization of her knitting group — yes, her knitting group. A cadre of activist women in the group formed an anti-Trump faction called “Threads of Resistance.” They wanted to know which women among the knitters were for or against them. Knitters of America, unite!

As Catholics, we should aim to try to diffuse this rancor, to de-politicize the environment, to detoxify a toxified culture. We should strive to pull Americans back to a culture of Christendom, where we look not to divide over politics but to unite over Christ.

Can it happen? Frankly, I’m doubtful. But we’re at least called upon to be better than this.
Share With:
Previous Article

14 Amazing Promises Jesus Made to...