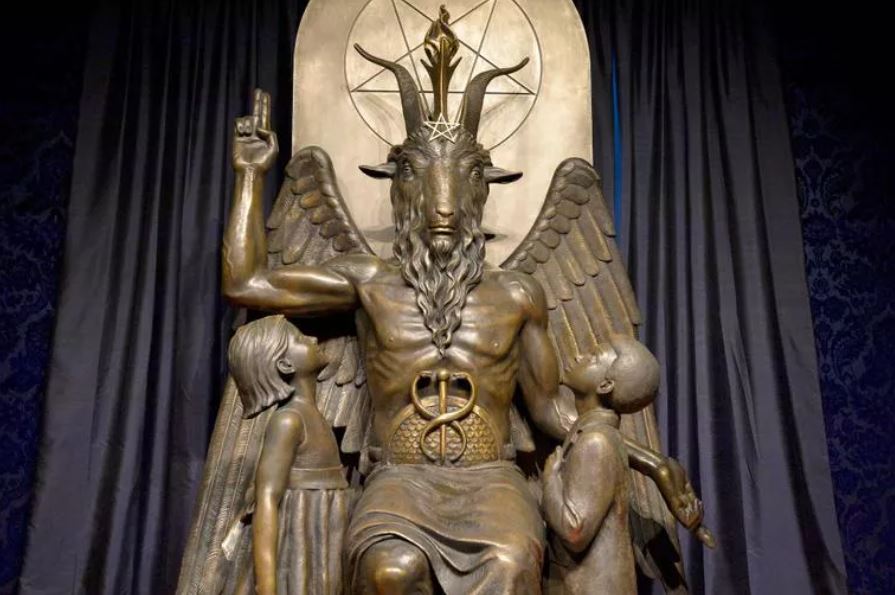 COMMENTARY: The group’s latest assertion of a religious freedom claim pointing to an ‘abortion ritual’ is nothing more than a grotesque parodying of religious rituals and symbols.

Texas’ “Heartbeat Bill” has been met with significant opposition by Big Abortion and the Biden administration. That’s not a big surprise. What is surprising (and quite unsettling) is a group claiming that the federal government must provide its members in Texas unregulated access to medical abortions as a matter of religious freedom. The group is the Satanic Temple.

The Satanic Temple was founded by two men using the pseudonyms Malcolm Jarry and Lucien Greaves and is based in Salem, Massachusetts (whether by coincidence or as a publicity stunt, I don’’t know). Members of the Satanic Temple do not believe in God — or in Satan, for that matter. So it’s hard to see how they could be described as proper “Satanists.” They seem more like publicity-hungry opportunists.

Instead of espousing any particular creed, the Satanic Temple points to seven “fundamental tenets” that emphasize “compassion,” “empathy,” “justice” and “nobility.” Today the group claims more than 20 chapters or congregations throughout North America and Europe. Texas is purportedly home to four chapters, more than any other state.

In early 2019, the IRS recognized the Satanic Temple as a “church” and worthy of tax-exempt status.

After the Supreme Court declined an emergency request by abortion providers to halt the Texas heartbeat law from going into effect, leaders of the Satanic Temple sent a letter to the U.S. Food and Drug Administration, requesting that its members in Texas have access to abortifacients — substances from herbs to medications that induce abortion. Being able to abort freely is “consistent with our tenets that call for bodily autonomy and acting in accordance with best scientific evidence,” claim the group. It even boasts of having created a “ritual” surrounding the abortion process.

According to an article in Fortune earlier this month, the Satanic Temple claims that the Religious Freedom Restoration Act (RFRA) creates a legal entitlement among its members to abortion drugs. The article’s author, not bothering to hide her abortion sympathies, incorrectly describes RFRA as a federal law “created to allow Native Americans access to peyote for religious rituals.” She also writes that “under these rules, the Temple is arguing that they should be granted those same rights to use abortifacients for their own religious purposes.” These are wild misstatements of the history of RFRA and its proper application.

RFRA was passed in response to the Supreme Court’s opinion in Employment Division v. Smith. The Smith case did involve two Native Americans who were denied unemployment benefits after they were fired for ingesting peyote as part of a religious ritual. It was not only the court’s conclusion that denying benefits raised no constitutional problem but also its broad holding that laws incidentally burdening religion do not raise free exercise concerns so long as they are “neutral and generally applicable.” You can learn more about RFRA and its history by listening to the latest podcast episode from Becket law, the nation’s premier religious freedom law firm.

Inconveniently for the Satanic Temple, RFRA is a restraint only on the federal government. The Supreme Court, in City of Boerne v. Flores, ruled that while Congress had the authority to apply RFRA to federal actions the law could not be applied to state or local governments.

So the Little Sisters of the Poor, in their continuing quest to free themselves from the Affordable Care Act’s contraceptive mandate, rightly claim protection under RFRA. Requiring the federal government to provide an exemption to the Little Sisters from having to cover the cost of abortion-inducing pills is quite different from forcing the federal government to change the law of Texas in order to make such drugs available.

This isn’t the first time the Satanic Temple has tried to use the legal protections for religious freedom to advance its agenda and gain national attention.

In 2016, leaders of the Satanic Temple chapter of Tucson, Arizona, asked the city of Scottsdale to be chosen to open a City Council meeting with a prayer that included a call to “embrace the Luciferian impulse to eat of the Tree of Knowledge” and ended with “Hail Satan.” City officials rejected the request, noting the longstanding practice of permitting invocations only by organizations that have substantial ties to the city. The Satanist Temple promptly filed a federal lawsuit, claiming discrimination based on the group’s religion. A district court rejected its claim and a panel of the Ninth Circuit court of appeals affirmed the decision earlier this year.

In 2018, the group temporarily installed a statue of the winged goat-headed creature Baphomet at the Arkansas State Capitol — alongside a monument of the Ten Commandments, asserting the claim for the fair and equal treatment of different religions. Later that year, it installed a statue of an arm holding an apple with a snake coiled around it at the Illinois State Capitol next to a Christmas Nativity scene and a Hanukkah menorah.

The Supreme Court has observed that the determination of what is a “religious” belief or practice is “more often than not a difficult and delicate task.” It also notes that “religious beliefs need not be acceptable, logical, consistent or comprehensible to others in order to merit First Amendment protection.” The crucial point whenever you read of any stunt by the Satanic Temple is that the group is overtly and poisonously anti-religious with “fundamental tenets” that are philosophical and not religious. And this latest assertion of a religious freedom claim pointing to an “abortion ritual” is nothing more than a grotesque parodying of religious rituals and symbols.

The Satanic Temple’s opposition to the Texas heartbeat law is a disingenuous claim to religious freedom and a public relations catastrophe for Big Abortion and its supporters. Biden administration officials should be asked point blank if they stand with the Satanic Temple or the Texas heartbeat bill. And if you can capture their defensive spluttering on your iPhone, so much the better.

Will the Blood of St. Januarius Tu...

The Secret to Being a Successful M...