Will Cardinal Marx’s Resignation Boost His Influence Beyond Germany? 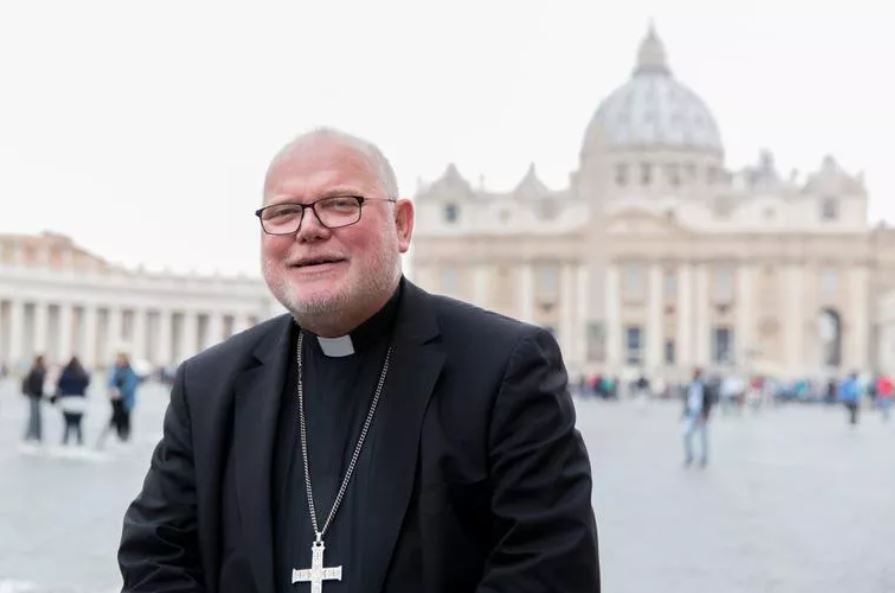 Will Cardinal Marx’s Resignation Boost His Influence Beyond Germany?

ANALYSIS: If the resignation is accepted by Pope Francis, there is still much the German cardinal could do within the Vatican and the universal Church with the power he will still wield.

VATICAN CITY — Cardinal Reinhard Marx’s surprise letter of resignation as archbishop of Munich and Freising last week appeared aimed at precipitating — to borrow the words of the World Economic Forum — a “great reset” of the German Church regarding its handling of clerical sex abuse.

But the move has potentially more far-reaching consequences than it seems, extending to both the Vatican and the universal Church, and with the much-disputed German Synodal Path serving as a determining factor.

In his May 21 resignation letter to Pope Francis, Cardinal Marx, who came under scrutiny for his handling of abuse cases earlier this year, said that investigations and reports of abuse over the past decade had shown “institutional or ‘systemic’ failure.” The Church, he added, had reached a “dead end,” but also a moment that could become a “turning point.”

He wrote of the need for a “renewed form of the Church” and a “new beginning” — all of which were contingent not only on his resignation but also on the continuation of the Synodal Path that grew out of the crisis and which he helped to create. “I have strongly supported the project,” Cardinal Marx wrote, adding almost with an air of desperation: “This path must be continued!”

Coming ahead of the publication of a report on sexual abuse in the Munich and Freising archdiocese this summer, the cardinal used most of his letter to underline the need to reform the Church’s handling of sexual abuse cases and to prevent such crimes in the future.

And yet this “queen’s sacrifice” chess-like move is only partial: Cardinal Marx has neither asked to surrender his red hat, nor his other significant responsibilities that are largely Rome-based. “I like being a priest and bishop and hope that I can continue to work for the Church in the future,” he wrote.

If the Pope accepts his resignation as archbishop, the former president of the German bishops’ conference will likely be able to devote more of his time and energy to these Vatican duties that include being a member of both the Council of Cardinals advising the Pope on curial and Church reform, and the Council for the Economy that oversees Holy See finances.

As a member of the Council of Cardinals, he has spent the past eight years helping to draft Praedicate Evangelium (Preach the Gospel), the new apostolic constitution for the Roman Curia. The document’s publication is imminent, possibly coming at the end of this month, and Cardinal Marx would be in an ideal position to oversee its implementation.

His resignation would also leave him free to be tapped for one of several leadership positions in the Roman Curia that will fall vacant in the coming months. The Congregation for Clergy and Congregation for Bishops are two of the most likely to soon need new prefects. If chosen for a Vatican position, Cardinal Marx, at 67, could potentially spend the next eight to 13 years expanding his influence in Rome.

Cardinal Marx’s authority also extends beyond Germany and the Vatican. He has the support of like-minded bishops in other parts of the world, including the United States, and in Europe from 2012 to 2018 he gained considerable influence as president of COMECE — the commission of bishops’ conferences of the European Community.

In the words of one Church source in Germany, Cardinal Marx continues to “have the power of 30 to 40 cardinals.”

The consolidating of such influence would put the cardinal in a commanding position not only to help lobby the Pope and Vatican officials to support his and others’ plans for the Synodal Path, but also apply those reforms to the Vatican’s upcoming two-year synod on synodality — “For a synodal Church: communion, participation and mission.”

The “German agenda” of reform, one that critics say could slide into schism, has not gone as smoothly as Cardinal Marx and others might have hoped. Their plans, for example, to allow the blessings of same-sex unions, the ordination of women, and the ending of clerical celibacy have remained unfulfilled or definitively ruled out. “Cardinal Marx can see the project speeding into a brick wall,” a Church source in Germany told the Register.

Hence, it seems, the urgency and unprecedented nature of this resignation letter — one that, unlike other episcopal resignation missives, was not kept private but published with the Pope’s permission, translated into several languages and given widespread publicity.

Another key aspect to the cardinal’s move could relate to fellow German bishop Cardinal Rainer Woelki. As the most prominent critic of the Synodal Path, Cardinal Woelki, the archbishop of Cologne, continues to oppose the project, and has faced concerted media and episcopal opposition as a result.

Cardinal Marx’s offer of resignation thus immediately upped the pressure on Cardinal Woelki, whose archdiocese is undergoing an apostolic visitation at the orders of Pope Francis,  to follow suit, with media reports in Germany and Italy pointing to the possibility, even though he was recently cleared of wrongdoing in handling abuse cases in Cologne. To remove him from the picture would also serve to neutralize other less prominent opponents, such as Bishop Rudolf Voderholzer of Regensburg and Bishop Stefan Oster of Passau. Cardinal Woelki promptly rejected submitting his resignation, pledging that his diocese would “live up to Jesus’ mission to protect the weak and prevent abuse.”

Whatever the eventual consequences turn out to be for Cardinal Marx’s sudden request to renounce his episcopal duties in Germany, more appears to be at stake than the situation of clerical sexual abuse in the country. For the cardinal, his supporters, and their plans to change the Church, it seems to be another crisis they cannot afford to let go to waste.
Share With:
Previous Article

The New Pharisees Are Watching and...