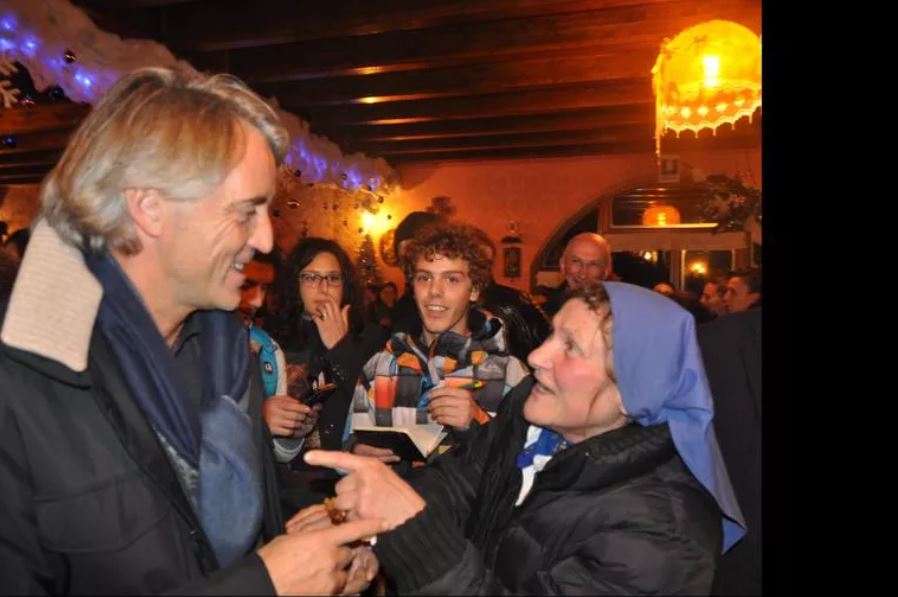 Italian nun Sister Rosalina Rovasio predicted the Italian team’s victory in the European Championship 18 months ago, and suggested Mancini could become an instrument for spreading the faith.

ROME — An Italian religious sister correctly prophesied that her nation’s soccer team would win the European Championship trophy last Sunday, telling the team’s Catholic manager 18 months ago his team would have Our Lady with them, and he could be a “seed of evangelization.”

“Roberto, you will win the European Championship because you have Our Lady with you and you can be a seed of evangelization,” Sister Rosalina said, according to the Italian Catholic dailyLa Nuova Bussola Quotidiana.

The newspaper’s editor Riccardo Cascioli, who was present at the Christmas party when Sister Rosalina made her remark, said Mancini is an old friend of the religious community.

Italy were crowned European champions in London on Sunday after a tense final in which they beat England on penalties following a 1–1 draw after extra time.

Its first European Championship title since 1968, Italy, with its victory followed the nation’s failure to qualify for the 2018 World Cup in Russia — a major blow to the soccer-crazed nation. The victory also came after a very difficult 18 months for the country that has borne the brunt of some of the most serious effects of the COVID crisis.

At the time of Sister Rosalina’s prediction, the European Championships were due to be held in the summer of 2020 but had to be postponed due to the pandemic. The prospects at that time of the “Azzurri” (the colloquial term for Italy’s soccer team) winning the tournament seemed remote.

Mancini, 56, has not been shy in talking about what Sister Rosalina calls his “deep and simple faith” — a faith that became stronger after he visited Medjugorje for the first time with his wife and daughter, on the Solemnity of the Annunciation in March 2012.

A month earlier he had been given rosaries, blessed at the Marian shrine, soon after which he had a dream of VickaIvankovic-Mijatovic, one of Medjugorje’s “seers” whom he had never seen before.

In the dream, Vicka was among a small group of people and began to look intently into Mancini’s eyes and then gave him a kiss on the forehead, Mancini has recalled in interviews.

“I really felt the sensation of physical contact but of a person whom I had never seen or known in my life,” he said.

During his visit to Medjugorje, he met the seer and told her about his dream.

“Vicka looked at me attentively and smiled as if she already knew everything and told me, ‘It is Our Lady who does everything, we open our hearts, and She tells us what to do.’ Then she began to pray over us, without ceasing and with great intensity,” the soccer manager told the Italian Catholic magazine, Famiglia Cristiana.

The soccer team he was managing at the time, England’s Manchester City, were eight points behind their historic rival Manchester United but overcame that gap to win the Premier League championship, courtesy of a dramatic last-minute victory on May 13 of that year — the anniversary of the first apparition of Fatima.

Born on Nov. 27, 1964, the commemoration of Our Lady of the Miraculous Medal, Mancini left the Church in his youth but returned later with greater conviction. He told Famiglia Cristiana in January, “Faith has helped me a lot in life, not in work, because I believe that the Lord and Our Lady have many more important things to deal with. However, I am convinced that those who pray with faith receive help.”

Cascioli said that for Sister Rosalina, whom Mancini first met in 2005, the help the Italian manager has received is motivated by the fact that Our Lady sees in him a possibility of evangelizing through having “a faith that is not ostentatious but simple and profound.”

Mancini has returned to Medjugorje several times and makes periodic visits to Sister Rosalina’s Shalom Community where he offers his time to the young people there recovering from addictions.

Cascioli said the Italian manager has always kept in touch with the community.

From child soldier to Catholic pri...