‘Woke’ Catholic Schools Offer Poison in Place of the Gospel 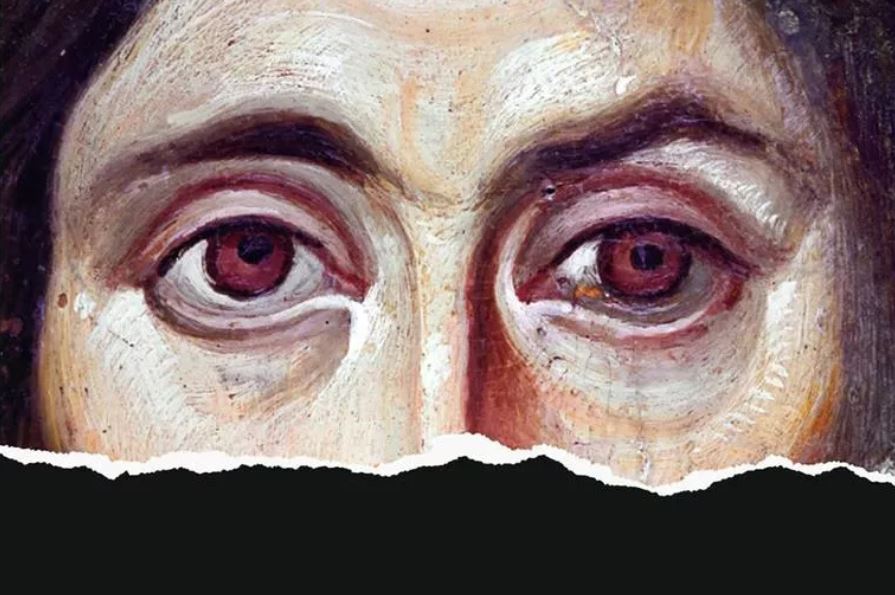 ‘Woke’ Catholic Schools Offer Poison in Place of the Gospel

A simmering cultural revolution is approaching its boiling point. This can bring a certain clarity and resolve as more people grasp what is happening. The stories of woke toxicity coming out of elite secular prep schools follow similar patterns: a top-down implementation of extreme “antiracism” and gender ideology in the curriculum, progressive parents speaking out in anonymity due to fear of reprisal, and students feeling pressured to affirm and parrot the new creed.

In the fall of 2020, at Loyola Academy, a tony Catholic prep school outside of Chicago, parents began whispering to one another about the loud and swiftly-escalating political ideology pressing into all corners of their kids’ education.

The high-paid diversity consultants brought in for the sake of training faculty and students were an early warning sign. Teachers including their gender pronouns in Zoom meetings was another. Students were racially segregated for school assignments on privilege. A working-class student was bewildered to learn that because of his skin color he is an oppressor to his peers, some of whom live in multi-million-dollar homes.

In a video recording of one of the diversity training sessions, a student asks a consultant what he thinks of the phrase “ACAB” (All Cops Are Bastards). After seeming to not know what the acronym stood for (despite it being commonly written on signs and chanted at Black Lives Matter rallies) he went on to authoritatively misinterpret the plain meaning of the words.

“When you hear something like ‘ACAB,’ it’s a reflection of anger.” he instructed. “A lot of times I think the mistake that people make, people take it personally. But we’re actually asking structural questions.”

I wonder — if students were chanting, “All Diversity Consultants Are Idiots” would that be taken personally or structurally by the diversity consultant?

This exchange between student and consultant introduces to the students’ minds one key woke tactic and a central woke dogma.

The tactic is to make people doubt their ability to interpret reality and plain language without a woke expert shepherding them to the approved interpretation.

The dogma is that there is no such thing as a universal principle. What all reasonable people know to be grotesque — collectivized personal vilification — is deemed to be acceptable when deployed by some people, but not by others. Most kids have an innate sense of fairness and intuit that a principle must be applied universally if it is to be a principle at all. Undoing that moral understanding is done by design, and is an essential step in reeducating them into the ideology.

Upon watching this school diversity video, one mother described it as “chilling,” especially seeing the effects of these ideas as they took hold of the students and reverberated into the larger school community. Once unified, many families report the school now is fractured and marked by suspicion.

“People did not feel the school was ripped apart by racism, but now they do. It is heartbreaking,” the mother relayed. “There are a handful of people who are driving this and not allowing moderating voices. This doesn’t represent the community or many of the teachers, or the coaches. This is not a racist institution. Our families have always stepped in and stepped up to make sure everyone feels included and is looked after.”

In the movie The Sixth Sense, Haley Joel Osment plays a child who can see dead people. A young girl who had been chronically sick during her short life reaches out to Osment’s character from beyond the grave to give him a videotape, instructing him to show it to her father.

At the girl’s wake, Osment’s character presents the video to the dad, who is shocked to find that it contains footage of his wife intentionally spiking her daughter’s meals with some sort of poison that causes and maintains the sickness that eventually kills her.

Through this scene, many people were introduced to Munchausen Syndrome by Proxy, a mental disorder whereby a caretaker invents, exaggerates and often causes an illness in a child. People with MSBP seem attentive and motivated by care and compassion. They can recite a litany of alleged poor symptoms, and demand tests and procedures to “cure” the child. All the while they skirt data and evidence that run afoul of the illness narrative.

In reality, though the child thinks she is sick, it is the caretaker, not the child, who really is sick (though the child might truly become sick as a direct result of the actions of the “compassionate” caretaker). Usually the only way this stops is if people who sense that something is amiss have the care and the courage to challenge the caretaker’s narrative.

Many parents at Catholic schools, from high schools to even some grammar schools, have been rightly sensing that there is something very unjust in this justice movement. Injustice can and should be fought, but why, they wonder, do the schools need to go beyond the canon of Catholic social teaching to address this?

The Church has a sophisticated, thorough and historically radical body of teaching — theological and philosophical — upholding the universal dignity of all persons, and condemning racism as an intrinsic evil. What do woke consultants and critical theory add that the Church has not covered?

This question remains unanswered because it cannot be answered in an honest way. As I write in my book, Awake, Not Woke (TAN Books), the truth is that critical theory does not add to the Church’s teaching. It assaults it in three fundamental ways.

Rejection of the Person

The diversity consultant at Loyola anticipated this and warned the students: “As soon as you make a call for justice the naysayers are going to come for you. You gotta be prepared for that. Once you drop that sign and the village of Wilmette comes for you, you should expect them. Once that group of parents come off those F1 Bombers, I’m not calling them helicopter parents anymore. … Don’t worry about that.”

For many parents watching the video, this felt chilling. Why were they suddenly being portrayed to their kids as their antagonists?

A truly Catholic education shares common aims with families, knowing that they share the same purpose: the formation of the students in the moral, intellectual and theological virtues. But as schools get woke, prioritizing ideological power over human flourishing, that relationship between school and parents is thrown into chaos.

The purpose of critical thinking is to arrive at what is true. Because of this goal, a critical thinker welcomes every possible objection to his position. Without this discipline, the human desire to be right easily corrupts our thought processes.

That many of us do not realize the distinctions between these two methods leads to a lot of frustration. The great strength of the critical thinker is that he eagerly invites criticism. The great weapon of the critical theorist is that he eagerly provides criticism, but never invites it. One side thinks the norm is still debate and dialogue. The other side does not want to dialogue, but to dominate.

Finally, the Catholic Church and the woke have fundamentally irreconcilable definitions of the human person. What it means to be human is traditionally answered by looking to universals, with a reliance on a shared humanity. Theologically, the Church defines a human person in relationship to the love of God.

In contrast, the woke define each person in relationship to the evil of society. Rather than invited into familial intimacy, we are defined into opposition — as victim or perpetrator or some combination of the two.

From that redefinition flows two very different missions. The Christian mission is to know, love and serve God, spreading the good news of who he is, and who we are called to be. The woke mission is to spread the bad news of woke ideology by persuading certain groups of people not that they are loved, but that they are hated, and by convincing another group of people of the hidden hatred lurking in their hearts.

Cutting Off the Poison

An education has a remarkable ability to either form or deform students. The overlords and instigators injecting woke ideology into kids are deforming them. This is poison masquerading as compassion.

Can parents across the board, from secular schools to religious, find the clarity and courage to oppose this movement in a way that will effect change?

We can try to fight it with protests, publicity and appeals to legal bodies. But those things take time and kids grow up quickly. By all means let’s speak against this, build new institutions and try to reform those worth reforming. But there is one step we can take immediately if the school is unyielding: pull them out. Once we know the poison is going in, our most pressing obligation is to stop the flow.

Celebrate the Ignatian Year With a... 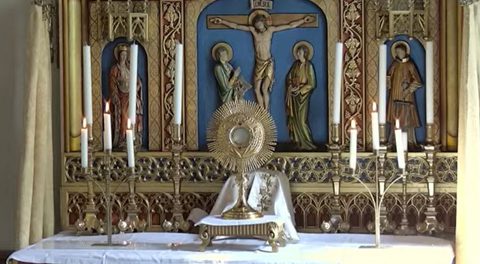 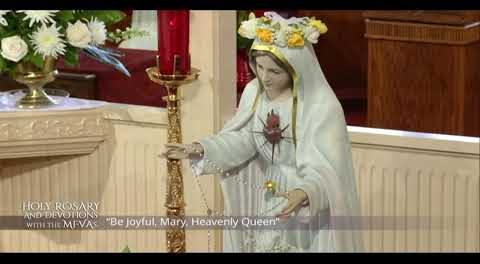 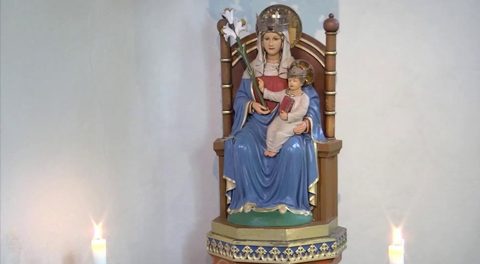 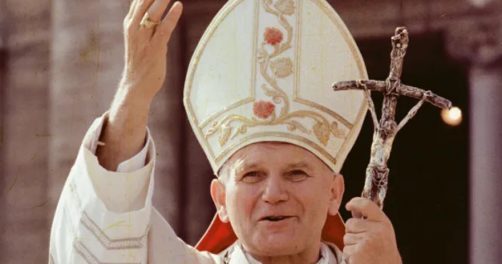 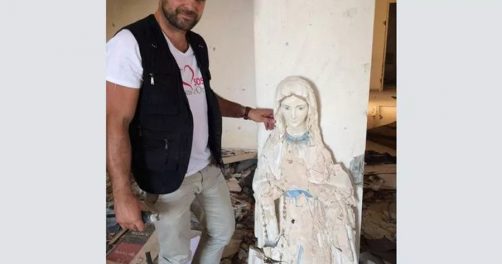 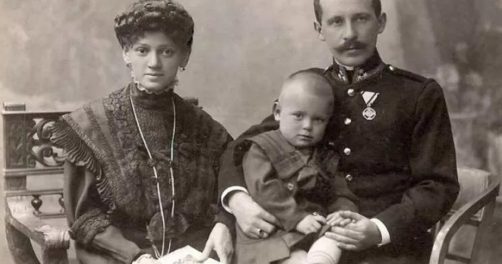 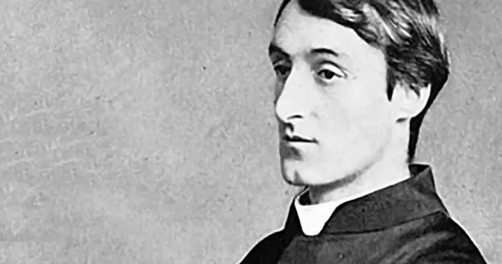