Women of Valor and the Pro-Life Cause 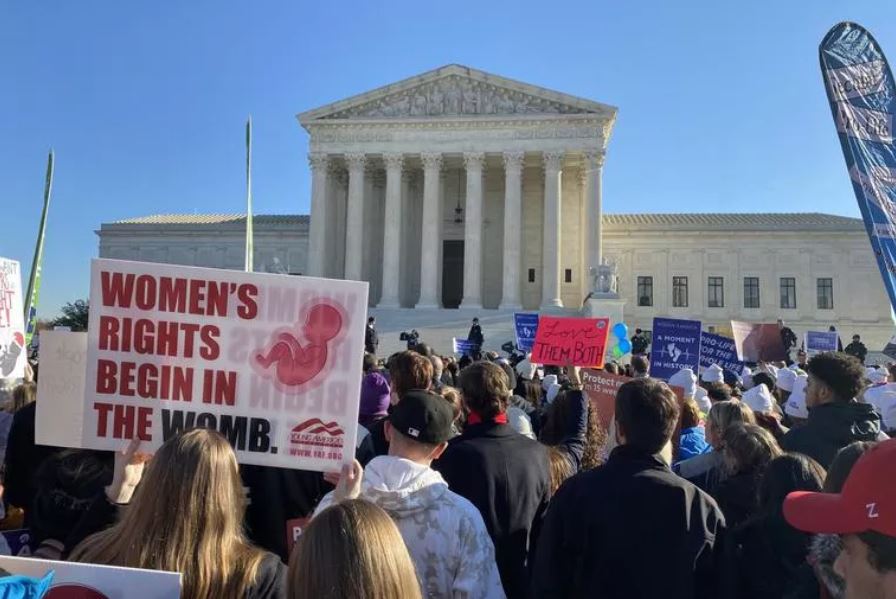 Women of Valor and the Pro-Life Cause

COMMENTARY: By their lives, work and courage, these women falsify the claim that the pro-life cause is anti-woman.

Editor’s Note: This column is distributed by the Denver Catholic, the newspaper of the Archdiocese of Denver.

I first met Erika Bachiochi — then Erika Schubert — in July 1998, when she was my student in the Tertio Millennio Seminar on the Free Society in Krakow. She had graduated from Middlebury College two years before and was doing a master’s program in theology at Boston College, which she completed in 1999.

Erika received her law degree from Boston University in 2002 and has been a visiting scholar at the Harvard Law School. Married and the mother of seven, she is one of the country’s leading exponents of pro-life feminism, and her recent book, The Rights of Women: Reclaiming a Lost Vision, has received considerable and well-deserved attention. In her spare (sic) time, she helped found a classical academy, St. Benedict’s, in Natick, Massachusetts, and led its board for two years. In addition to her affiliation with the Abigail Adams Institute, Erika is also my colleague at the Ethics and Public Policy Center.

On Dec. 7, a date that will live in infamy in the fever swamps of pro-abortion America, Erika Bachiochi had the temerity to publish an op-ed article in The New York Times. In it, she criticized the “individualistic libertarianism that characterizes our politics, left and right” and expressed the hope that, with Roe v. Wade out of the way, the “pro-life movement can begin where it left off in 1973, working to convince fellow citizens … that we owe dependent and vulnerable unborn children what every human being is due: hospitality, respect, and care.”

A post-Roe America, she proposed, would be a country that would “need to move beyond its wrongheaded obsession with autonomy” and “bring forth a renewed solidarity instead” — a solidarity in which “support, assistance, and care” are offered to “pregnant women and their children, both born and unborn,” and men are “called to task” when they fail to meet their responsibilities.

It was a well-reasoned, well-written, compassionate and temperate piece. And it caused thousands of readers of what still imagines itself the country’s newspaper of record to come unhinged. An f-bomb in the subject line of an email Erika received set the tone for much of the rest.

Several enraged partisans wrote the leaders of the Abigail Adams Institute and the Ethics and Public Policy Center, urging that this heretic be terminated. (e.g., “I find it extremely difficult to imagine that anyone would pay her to ‘think.’”) One pyromaniacally inclined correspondent confessed “surprise that you didn’t burst into flames upon submitting your opinion [piece], as the Times is the godless heathen nest of all things you despise.” Several indulged in crude anti-Catholicism: “I assume that you are rigidly Catholic, which may explain your viewpoint”; “… the Church only cares for the soul, not the living, breathing child.”

None of this vitriol involved serious argument, as most contented themselves with a sheer venting of their disgust (e.g., “I cannot find a single sentence in this pitiful attempt at analysis that contains a shred of truth”; “I would suggest that you get out of your … ivory tower.” “Your article and opinion are drivel. Full Stop.”).

Considering the nastiness and vacuity of these non-responses to Erika Bachiochi’s article, one suspects that those who regard Roe v. Wade as the linchpin of American democracy are beginning to fear that they’ve lost the debate about abortion. They lost the scientific debate long ago, and now they’re losing the constitutional debate. The oral argument over the Dobbs case at the Supreme Court on Dec, 1, in which the defenders of Roe v. Wade were clearly outclassed, could only have intensified those fears.

All of which reminded me of a conversation at the end of Roland Emmerich’s film Midway, when Admiral Halsey (Dennis Quaid), on learning that the previously demeaned and underrated U.S. Navy had just sank four Japanese aircraft carriers, said to Admiral Nimitz (Woody Harrelson), “God bless those boys. Turns out all they needed was a fair fight.”

That was all the pro-life cause needed, too — a fair fight. That was what pro-lifers finally got at the Supreme Court on Dec. 1. And by the testimony of just about everyone (including pro-abortion legal commentators), the pro-life forces replicated the feats of the Enterprise, Hornet and Yorktown pilots on June 4, 1942: They demolished their adversaries (with Justice Sonia Sotomayor in the role of hapless Japanese admiral Chuichi Nagumo).

Erika Bachiochi and many other women of valor helped make that possible by decades of legal and moral commentary that has eviscerated the worst Supreme Court decision since Dred Scott.

By their lives, work and courage, these women falsify the claim that the pro-life cause is anti-woman. And their critics can’t stand it.

From the Nineveh Plain: Iraqi Chri...