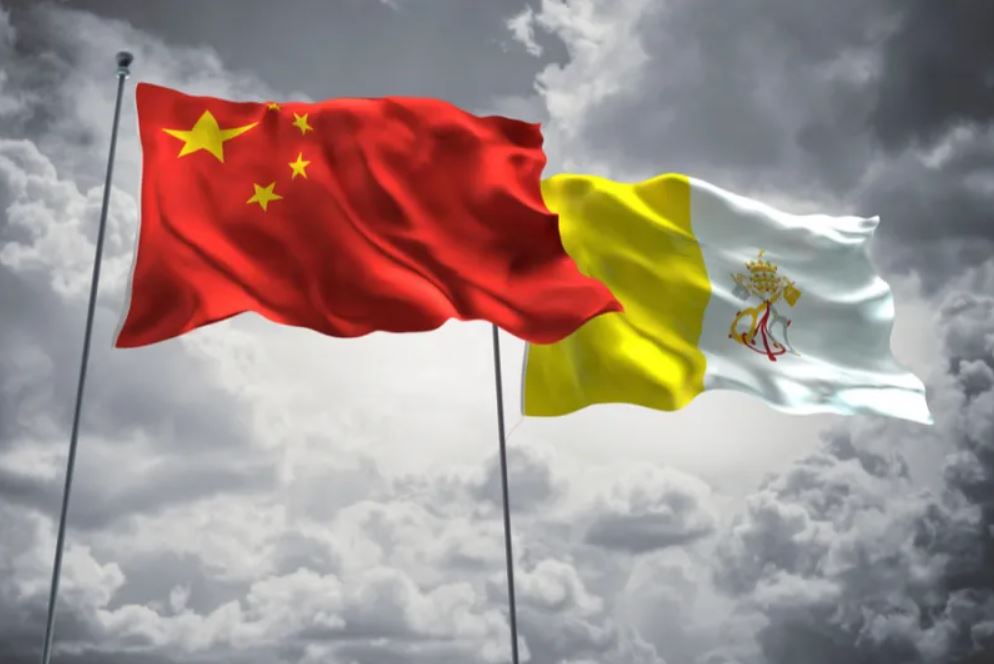 The former U.S. religious freedom ambassador hopes that a new report documenting abuses by the Chinese Communist Party will prompt the Vatican to rethink its agreement with China on the ordination of bishops.

“We really pressed the Vatican not to enter in to extending their agreement with the Chinese government on the appointment of bishops, and I hope they would look at this report and say ‘this is not a regime we should be negotiating with’,” Sam Brownback, who served as U.S. Ambassador-at-Large for International Religious Freedom from 2018 to 2021, told CNA on Wednesday.

Brownback spoke with CNA on the release of the U.S. State Department’s annual report on international religious freedom. The former religious freedom ambassador said he hoped the section on China’s persecution of religion would reach the attention of the Vatican.

“The moral authority of the Vatican is significant,” he added. “You don’t negotiate with evil. You kick it out.”

In 2018, the Vatican and China reached a provisional agreement on the ordination of bishops. Although the terms of the agreement were never made public, the deal reportedly allowed for episcopal candidates to be selected by the state-sanctioned church – the Chinese Catholic Patriotic Association (CCPA) – with the Vatican having the option to approve or veto candidates.

After the agreement, Pope Francis lifted the excommunication of seven bishops illicitly appointed by the CCPA.

While the agreement was reached to unite the Church in China – split between members of the CCPA and underground Catholics – critics have alleged that the process of episcopal appointments is still far too slow, and that persecution of Catholics in the country has not abated.

In 2020, U.S. officials – including Brownback and then-Secretary of State Mike Pompeo – traveled to Rome in an attempt to dissuade the Vatican from renewing the deal. The Vatican and China renewed the agreement for another two years in October 2020.

The State Department report on Wednesday called China a “country of particular concern,” a designation reserved for countries that have “engaged in or tolerated particularly severe violations of religious freedom.”

According to the report, the Chinese Communist Party (CCP) harassed, detained, and tortured people of faith from both registered and unregistered religious groups in the last year.

Brownback told CNA that, during talks with the Vatican before the Holy See renewed its provisional deal with China in 2020, the Vatican was “coming around” to the recognition of the scope of atrocities being committed by Chinese authorities.

“They were coming around to it. They wanted to see the data,” he said of Vatican officials.

According to the State Department report, religious leaders in China were arrested for streaming unlawful religious services online. Clergy are required to attend indoctrination sessions of the CCP, and sermons and religious texts are monitored and altered. During the COVID pandemic, the government reported continued to close or monitor churches, removing public religious symbols.

In Xinjiang, as many as 1.8 million Uyghurs and other ethnic minorities – predominantly Muslims – have been detained in a system of camps where they have reportedly suffered beatings, indoctrination, forced labor, and torture. Uyghur women have been forcibly sterilized in what is reportedly a mass campaign of reducing the Uyghur birth rate.

Daniel Nadel, of the State Department’s international religious freedom office, said on Wednesday that authorities are working “to basically turn the entire region into an open-air prison” by tracking peoples’ movements.

Regarding the Vatican-China deal, the State Department report noted, “Critics stated the agreement did not alleviate government pressure on Catholic clergy to join the state-sponsored Chinese Catholic Patriotic Association (CCPA).”

Brownback opined that the Vatican could have made the same mistake that the United States made in opening up trade with China.

“I want to say that they were kind of stuck in the mentality that a bunch of us got into in the U.S. when we first did the permanent most-favored-nation [trade] status with China 20 years ago,” Brownback said. During the 1990s, the China was allowed into the World Trade Organization. The move – which Brownback said he supported at the time as a U.S. senator – was done with the hope that China would become more democratic.

“It didn’t work,” Brownback told CNA. “It didn’t work for us, the West, in our negotiation with China, and I don’t think it’s going to work with the Vatican.”

On the release of the report on Wednesday, U.S. Secretary of State Antony Blinken noted that, according to the Pew Research Center, 56 countries have “high” or “severe” restrictions on religious freedom.

He noted that Iran is intimidating and arresting minorities including Jews, Bahais, Zoroastrians, and Christians. Blinken cited “ethnic cleansing” and other atrocities in Burma. Russian authorities have harassed, detained, and seized the property of Jehovah’s Witnesses.

Furthermore, anti-Semitism on the rise in the United States and Europe, he warned.

The U.S. Commission on International Religious Freedom, a bipartisan federal commission that makes recommendations to the State Department, applauded the release of the report on Wednesday.

Commission chair Anurima Bhargava called it “a valuable tool to hold countries accountable for persecution and violence, as well as to support needed change.”

The State Department is required by law to list CPCs no later than 180 days after the report.

“Religious freedom is a human right; in fact, it goes to the heart of what it means to be human,” Blinken said, calling it “co-equal with other human rights because human rights are indivisible.”

“Religious freedom can’t be fully realized unless other human rights are respected, and when governments violate their people’s right to believe and worship freely, it jeopardizes all the others,” he said.

“The human rights project has been in decline the last 20 or 30 years, globally, and I think it’s because of people not addressing the foundational human rights,” Brownback said.

“We’re just saying just get these foundational ones right, and religious freedom is paramount to them because it affects so many people in the world.”