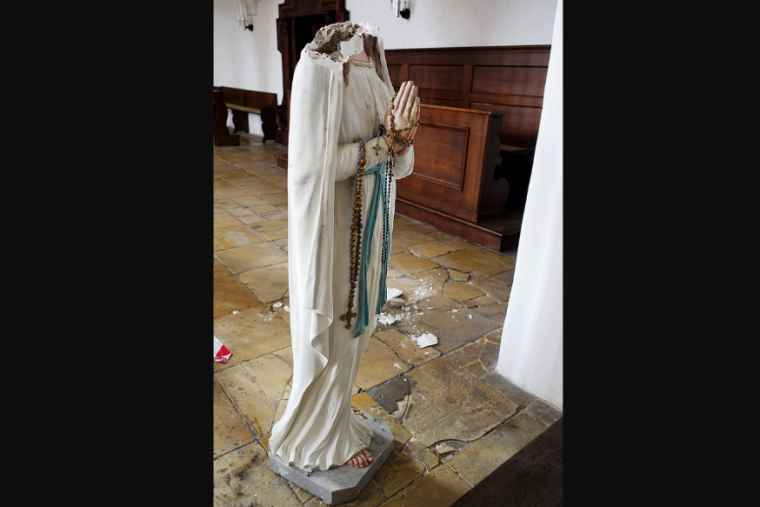 Rome Newsroom, Nov 27, 2020 / 10:20 am (CNA).- An art restorer in Germany has offered to restore a decapitated statue of the Virgin Mary in Regensburg free of charge.

Known as the “doll doctor” for his work restoring dolls, Marcel Offermann said that he was moved by the news on Oct. 22 that vandals had beheaded a statue of the Virgin Mary in a Jesuit church in Straubing, Germany.

“Since I repair dolls, sacred figures, and statues by trade, I decided to preserve the Madonna from the fate of Mary Stuart and restore it to its original state,” Offermann said in an interview with ACI Stampa Nov. 27.

“I immediately called Mgr. Johannes Hofmann, parish priest of St. James in Straubing, to whom the statue belongs. Now we are in constant contact. He seemed very relieved when I offered to repair the statue.”

Offermann, a Catholic from the German city of Neuss, also works as an emergency room doctor and has been treating COVID-19 patients during the coronavirus pandemic.

While a job like this does not leave him with much spare time, he said that, for him, offering to repair the statue was “a matter of conscience.”

“For more than 20 years, in my ‘doll clinic,’ I have been restoring and repairing sacred figures or nativity statues throughout the archdiocese of Cologne and beyond. For me, it’s a matter of conscience,” he said.

Offermann plans to work on the decapitated statue during the Christmas season to have it ready for the new year.

“First, we will dry the statue,” he explained. “The figure will stay a week in the drying chamber to remove the moisture from the material. Then we will remove the chips and grind each piece. Then we will fix the head using brackets.”

“We will fill the interstices with plaster. We will file any protrusions of the applications and we will work the whole structure, even Mary’s dress. … Finally, we will apply a base coat and after it has dried, we will apply two or three layers of color. Lastly, a passage of transparent fixative.”

In Germany, Catholic churches have been targeted with anti-Christian graffiti and arson attacks.

On Nov. 26, another statue of the Virgin Mary in a public square in Venice was decapitated overnight.

The local parish is organizing a community rosary to be prayed at the statue on Dec. 8, the Feast of the Immaculate Conception.

“Believers and all people of goodwill should reflect and distance themselves from those who, out of superficiality and ignorance, or by deliberate choice, offend the dearest feelings of those who live and inhabit our city with them,” the Catholic Patriarch of Venice, Francesco Moraglia, said.