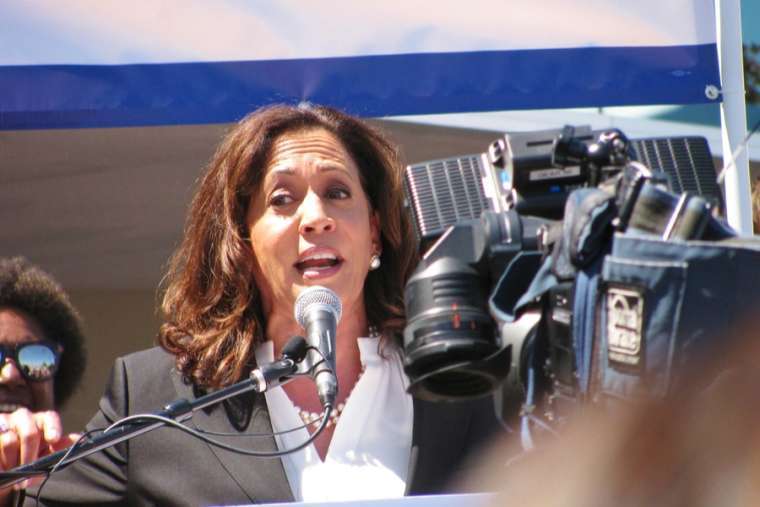 Democratic vice presidential nominee Sen. Kamala Harris (D-Calif.), who was previously attorney general of California, has a record of legislative and judicial advocacy for laws protecting abortion or targeting pro-life pregnancy centers, many of which are operated by Catholics.

Her political offices have had close, sometimes collaborative, ties with abortion lobbying groups.

California’s Reproductive FACT Act, passed in 2015, required medically licensed pro-life pregnancy centers to post signs advertising the availability of free or low-cost abortion procedures in the state.The law was struck down by the Supreme Court in 2018.

Denise Harle, senior counsel at Alliance Defending Freedom, told CNA that the requirement for pro-life pregnancy centers to advertise abortions “was fundamentally at odds with their mission.”

Harle said that the law also required pregnancy care centers that offer other forms of pro-life help but not medical services “to put large, conspicuous disclosures in all of their advertising materials that implicated that the pregnancy centers weren’t qualified to do what they wanted to do.”

The law, Harle said, “was very clear that it was targeting pro-life viewpoints.”

“In fact it was written right into the legislation that California was concerned with what it perceived as the problem of their being many, many pro-life pregnancy centers in the state, and the state acknowledges that was at odds with California’s—what they called their proud legacy of reproductive freedom,” Harle said. “It was an undisguised attempt at targeting pro-life viewpoints for punishment.”

Harle, who was involved in the NIFLA vs. Becerra Supreme Court case in which the high court overturned the law for violating the First Amendment, said the Reproductive FACT Act was blatantly unconstitutional.

“There aren’t examples where the government forced Alcoholics Anonymous to hang posters that advertise where to get alcohol, and that’s because it’s not constitutional, that’s because the first amendment doesn’t allow this sort of compelled speech and that’s why we don’t see it in other contexts,” she said.

As attorney general, Harris was a vocal advocate for the law. In a 2015 statement, she called herself a co-sponsor of the legislation, andpraised then-Gov. Jerry Brown for signing it into law.

The National Institute of Family and Life Advocates filed a lawsuit challenging the Reproductive Fact Act, which lead to the Supreme Court striking down the law in NIFLA v. Becerra in 2018.

NIFLA’s president Tom Glessner told CNA last week that “the name of the case was initially NIFLA vs. Kamala Harris, because she was the attorney general at that time.”

Harris was elected to the United States Senate in 2016, and was replaced as attorney general by Xavier Becerra, who continued the state’s defense of the law.

Glessner said Harris lobbied for and supported the legislation, working “hand in glove” with NARAL to get it passed.

“Her fingerprints were on it from the very beginning,” he said, adding that Harris’ description of herself as a co-sponsor of the law “shows her enthusiasm for it, tells us of her activism in getting it passed.”

Anne O’Connor, NIFLA’s Vice President of Legal Affairs and co-counsel in arguing the case before the Supreme Court, told CNA that “NARAL lobbies against pregnancy centers in states and counties and municipalities to get laws passed that would silence pregnancy centers.”

“That’s exactly what NARAL did in California and with Harris’ support, they had this law passed against us in 2015 that was just on its face clearly unconstitutional, but it took a few years to go up through the Supreme Court, where Harris and her office aggressively defended the law till we finally had the Supreme Court give us justice,” O’Connor said.

“It’s frustrating when someone has an abortion rights agenda that just blinds them to our other rights like free expression.”

O’Connor said Harris’ defense of the law cost the state of California over a million dollars in legal fees upon losing the case.

“She’ll do anything for abortion and against pregnancy centers no matter what the cost,” O’Connor told CNA.

He likened the Reproductive FACT Act to forcing the American Cancer Society to promote cigarettes.

“It’s an outrageous mandate for people to violate their consciences,” Glessner said.

O’Connor said Harris’ record as attorney general and “her positions throughout her career have been very clear that she is for abortion no matter what and she’s opposed to people who are against abortion.”

She added that she is concerned about efforts at a federal level to pass comparable legislation targeting pregnancy centers.

“I would fear that there would be federal legislation like what we fight in the states that targets pregnancy centers, which really shocks us because pregnancy centers do such great work,” O’Connor said. “They’re there on the front lines serving women day in and day out, providing them the support they need to make an educated choice.”

Glessner echoed O’Connor’s concerns, pointing to the impact of the election on the federal judiciary.

“Instead of us winning NIFLA vs. Beccera 5-4, we would be losing those cases,” he said.

The Biden campaign did not respond to a request for comment on Harris’ advocacy for the Reproductive FACT Act.

Life Legal Defense Foundation, a law firm representing the Center for Medical Progress,published an email exchange between Harris’ Special Counsel for Legislation Robert Sumner and Planned Parenthood’s California lobbying arm, in which Sumner offered to be “helpful where I can” on the organization’s legislative priorities.

As attorney general of California, Harris frequently joined friend-of-the-court briefs at a federal level in support of pro-abortion laws.

One such brief was in the case that becameWhole Woman’s Health v. Hellerstedt, a case regarding a Texas law requiring abortion clinics to meet the standards of ambulatory surgical centers and for doctors performing abortions to have admitting privileges at a hospital within thirty miles of facility.

Harris argued the law“undermines both public health and a woman’s right to choose.”The law was overturned by the Supreme Court in 2016.

According to data from the Center for Responsive Politics, Harris’ 2016 Senate campaign—which took place while she served as attorney general of California—received $38,830 in campaign contributions from pro-abortion lobbying groups. Her 2014 re-election bid for attorney general wassupportedby five California Planned Parenthood PACs.

“With this selection, Joe Biden has made it clear that he is deeply committed to not only protecting reproductive rights, but also advancing and expanding them,” McGill Johnson said.