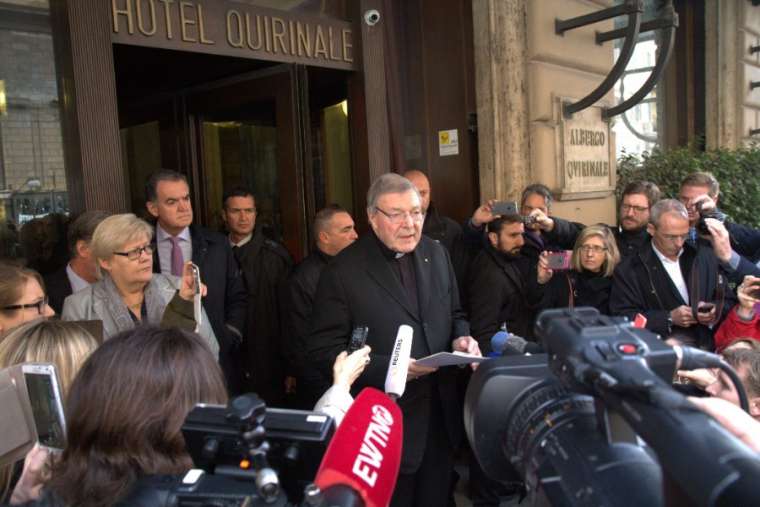 A judge in the Australian state of Victoria has proposed beginning a trial in November to prosecute journalists and media outlets for violating a court-imposed reporting ban on the trial of Cardinal George Pell in 2018.

Victoria Supreme Court Judge John Dixon said Tuesday that the trial could begin as soon as November 9, but prosecutors and lawyers for the journalists are still disputing the terms of the trial, Reuters reported.

Prosecutors allege that 19 individuals and 21 media outlets assisted in the violation of the gag order by overseas media and are seeking a single trial. Lawyers representing the accused journalists contend that separate allegations need to be heard in individual trials. Penalties for violating court gag orders include fines of up to 100,000 Australian dollars ($66,000) and five years in prison for individuals.

In December 2018, Cardinal Pell was convicted on five charges of sexual abuse of minors by a court in Victoria. His case was heard on appeal, first by the Victoria Court of Appeal, which upheld his convictions before they were overturned by Australian High Court in April this year, freeing Pell after more than a year in prison.

In 2018, Victoria police brought several charges against Pell related to his time as Archbishop of Melbourne and as a priest in the Diocese of Ballarat. The charges were set to be heard in two successive trials, with the Melbourne accusations heard first. At the request of prosecutors, that trial was subject to a sweeping gag order, with media prohibited from reporting on anything to do with the case or even acknowledge that it was underway.

The ban was dropped in February, 2019, after prosecutors abandoned the Ballarat charges, admitting there was not enough evidence to go to trial.

Despite the order, several international outlets, including CNA, carried news of the trial and verdict in 2018, in some cases blocking that coverage from appearing online in Australia in order to comply with the court order.

Domestic media in Australia mostly complied with the court order, though some media outlets reported that an unnamed high-profile individual had been convicted on unreportable charges.

The Herald Sun newspaper ran a December 12 cover story under the headline “CENSORED” which said that “the world is reading a very important story that is relevant to Victorians.”

“The Herald Sun is prevented from publishing details of this significant news,” the front page read. “But trust us, it is a story you deserve to read.”

Coverage like that, according to Victoria prosecutors, amounted to offering support to overseas outlets in contempt of court.

At the time of Pell’s conviction, Judge Peter Kidd, who presided over the initial trial, said that “a number of very important people in the media are facing, if found guilty, the prospect of imprisonment and indeed substantial imprisonment, and it may well be that many significant members of the media community are in that potential position,” for violating the gag order.

On April 15, Victoria County Court held a first hearing in an effort by state prosecutors to bring charges against journalists and news outlets, including some of the largest names in Australian media, including The Age newspaper and several News Corp publications.

The next hearing it set for July.

The state of Victoria has faced sustained criticism for the use of suppression orders by the state’s courts.

Despite an Open Courts Act passed in 2013 aimed at improving judicial transparency, Victorian courts issued more than 1500 suppression orders between 2014-2016.

CNA has previously reported that in 2014, senior police in Victoria discussed using an investigation into Cardinal Pell to distract media attention from serious allegations of corruption in the force.

In a 2014 email exchange, then-Deputy Commissioner Graham Ashton and Charlie Morton, assistant director of media and corporate communications for the Victoria police department, discussed how to respond to a high-profile scandal which would hamper the credibility of Victoria police operations.

In an email dated April 1, 2014, Morton advised Ashton not to make a media appearance in response to the “Lawyer X” scandal, because forthcoming announcements about Cardinal Pell could distract media and public attention.

“The Pell stuff is coming tomorrow and will knock this way off the front page,” Morton wrote to Ashton.

In 2013, Victoria Police opened Operation Tethering, an open-ended investigation into possible crimes by Cardinal Pell, although no victims had come forward against him and there had been no criminal complaints made against him at the time. Although they had found no victims or criminal accusations, in 2015 the program was expanded and put on a more formal footing.

Ashton, is now the Chief Commissioner of Victoria Police. In 2019 he gave evidence at a Royal Commission inquiry into the use of police sources and the Lawyer X scandal, in which criminal defense lawyer Nicola Gobbo was recruited to work as an informant against members of the Calabrian mafia, while she was representing several of them as an attorney.

Much of Gobbo’s work as a lawyer was with Australian members of the Ndrangheta, the Calabrian mafia organization, which has established a deep presence both in Victoria and across the country, with allegations of multi-million dollar bribes to judges and close connections to local Victorian politicians in both political parties.

The link between the Italian and Australian branches of the organization is known to be close and ongoing.

The Victoria police force has been the subject of numerous scandals over the years. In addition to the allegations concerning Gobbo, a 2017 report found that nearly half (46%) of Victoria Police employees believe they would suffer personal repercussions if they reported corruption, with almost one in five saying it would cost them their job.