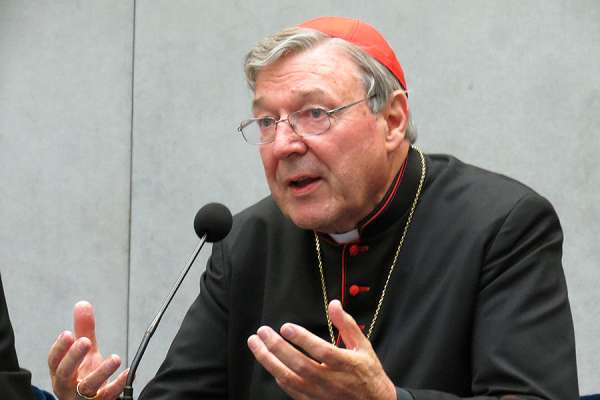 CNA Staff, Nov 9, 2020 / 04:58 pm (CNA).- Members of the Australian media are on trial this week for charges of violating a gag order issued during the trial of Cardinal George Pell, whose 2018 conviction for sexual abuse of minors was overturned last spring.

In total, 18 media personnel as well as 12 media organizations could face punitive measures including prison sentences or fines if found guilty by the Supreme Court of the state of Victoria, according to the AP.

The County Court of Victoria imposed a sweeping injunction against media coverage of Pell’s trial in June 2018, suppressing news of the legal proceedings at the request of the prosecution. The first trial proceeded to a deadlock in the early autumn of 2018, and a five week retrial convicted Pell in December 2018.

Pell was sentenced to six years in prison, and served 13 months before his conviction was overturned and he was released in April 2020.

The controversial media gag order had applied to all states and territories of Australia as well as any media format accessible within Australia.

Several international outlets, including CNA, carried news of the trial and verdict, in some cases blocking that coverage from appearing online in Australia in order to comply with court order.

On Dec. 11, 2018, The Daily Beast, an American media outlet, first reported that a unanimous guilty verdict had been reached by a jury against Pell, who was charged with sexually abusing two altar servers in 1996, while he was Archbishop of Melbourne.

Australian newspaper The Herald Sun ran a December 12, 2018 cover story under the headline “CENSORED” which said that “the world is reading a very important story that is relevant to Victorians.”

“The Herald Sun is prevented from publishing details of this significant news,” the front page read. “But trust us, it is a story you deserve to read.”

According to Victoria prosecutors, that kind of coverage amounted to offering support to overseas outlets in contempt of court.

According to the AP, other media companies and personalities on trial this week include Sydney radio broadcaster Chris Smith, who encouraged his audience to “get on to Google and start asking these questions: high-profile Australian, worldwide reputation, conviction of an awful crime — and you’ll find out who it is.”

Alex Lavelle, a former editor of The Age newspaper, is also being charged for an article that cryptically referred to “a high-profile figure” who was “convicted of a serious crime.”

According to the AP, Lavelle explained in an email now being used as evidence that he did not see it as a violation of the gag order, but rather an explanation of why the newspaper could not report the story.

The trial, which is taking place virtually and without a jury due to COVID-19 restrictions, is expected to last two or three weeks.

9 Ways Catholics Should Respond to...