Author of New Book on Exorcism: ‘The Devil Is Not an Invention’ 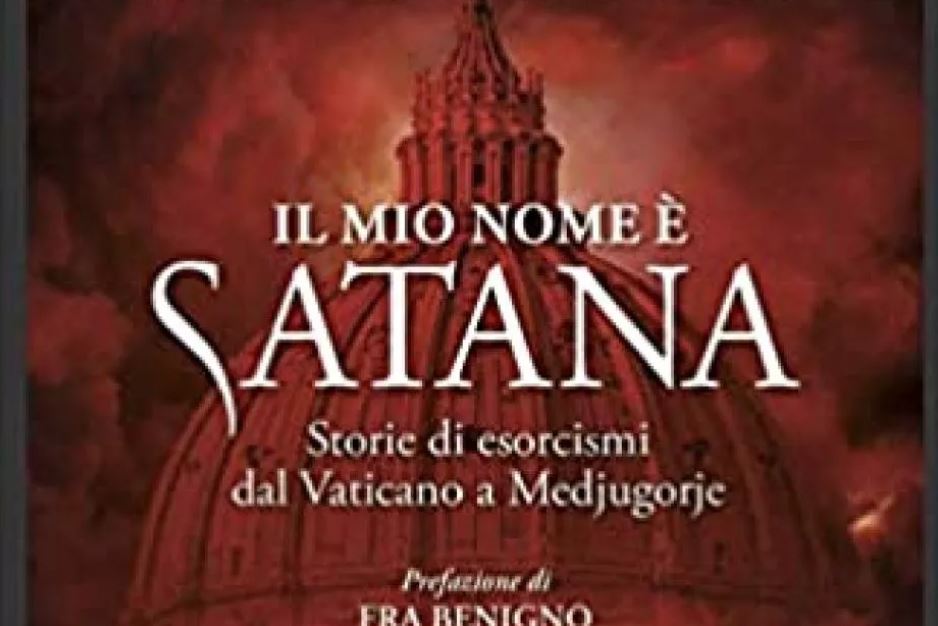 Author of New Book on Exorcism: ‘The Devil Is Not an Invention’

In his new book, Fabio Marchese Ragona recounts exorcisms carried out by recent popes, including Pius XII who performed one on Hitler from a distance, as well as the cases he has documented of possession in Medjugorje.

ROME — Much has been written about exorcism and exorcists, but to what extent do cases of possession and exorcism occur in the Vatican?

In his new book, translated as“My Name Is Satan — Stories of Exorcisms From the Vatican to Medjugorje,”(published in Italian) Italian journalistFabio Marchese Ragona, who writes for the Italian daily newspaperIl Giornale,documents instances of exorcisms being performed in these places.

In this recent interview with the Register, Ragona recounts exorcisms carried out by recent popes, including Pius XII who performed one on Hitler from a distance, as well as the cases he has documented of possession in Medjugorje.

“The devil is not an invention of some marketing expert,” Ragona says. “Evil really exists and is just around the corner.”

What motivated you to write this book?

There are two reasons behind the birth of this book: on the one hand, the desire — arising from a dialogue with some exorcist priests — to shake consciences in the face of a phenomenon that is increasingly underestimated. Unfortunately, the devil in today’s society is perceived in most cases only as a vestige of medieval times, a “bogeyman,” almost an “Oogie Boogie” [a villainous bag of bugs in Tim Burton’s 1993 animated film [The Nightmare Before Christmas] that was used to terrorize the weakest. It is thanks to this widespread incredulity that the devil is able to gain more and more ground by creeping in slowly and without being noticed. On the other hand, this book was born because of a promise I made to an exorcist who, before dying, after having allowed me to witness an exorcism, told me: “When I am gone, you will have to make everything public, to give this important testimony too.” And so was born My Name is Satan that collects testimonies and documents on important cases of exorcism.

You mention a Mexican man, Angel V, whom Pope Francis prayed over in 2013. Do you know how he has recovered since then?

Angel wrote to Francis after that meeting and, from the documents I collected, the Pope prayed for him again from the Vatican, albeit at a distance, at the same time as Angel was being exorcised in Morelia Cathedral. This happened twice, when it was midnight in Mexico. After Angel was subjected to other exorcisms, he is a little better but still not free. The exorcist priest who accompanies him received a message from the devil that Angel will be freed when the abortion law is changed in the country. The four demons are still in the body of the man, and they said that they will leave on the day of the Immaculate Conception, Dec. 8, but — Angel’s spiritual father explained to me — we do not know which year. An interesting fact: when the Pope visited Mexico [in 2016] he was also in Morelia, where Angel lives, and on the flight back to Rome he “thundered” against abortion!

What kind of cases, and how many of them, did you come across in the Vatican and in Medjugorje in your research?

In Medjugorje, being a place of grace, the devil is often present to annoy us. In the book I collect important testimonies of demonic manifestations during the gatherings, with some possessed people who tried to attack the alleged visionaries. There are not many cases, but it happens that one can hear fierce roars and even cases of levitation. For the Vatican, in addition to this case followed “at a distance” by Pope Francis, I discovered that Cardinal [Ivan] Dias performed an exorcism in St. Peter’s Square in 2012 inside the Swiss guardhouse. That day the devil had revealed himself during a Mass celebrated in the square by Benedict XVI. Due to his great charity, his way of living the liturgy, his respect for the rules, his rigor, the Pope emeritus always greatly annoyed the devil who during exorcisms often spoke badly of Joseph Ratzinger. There were other exorcisms performed a few years ago in the Vatican by the Albanian Cardinal Ernest Simoni. I also reveal new details of exorcisms performed by St. John Paul II and some exorcisms performed — at a distance — by Pius XII. There is no evidence that Benedict XVI has performed exorcisms.

You cite two exorcisms that took place during the pontificate of Pius XII — could you briefly recount the seriousness of these cases and what happened afterwards?

I have found archival documents with sworn testimonies of the people closest to Pius XII. In the book I recall Sister Pascalina Lehnert, the Pope’s former governess, who revealed how much Pope Pacelli was doing everything he could to stop Hitler’s madness and for this reason, in addition to praying, the nun said, the Holy Father also performed exorcisms on the Führer in his private chapel in the presence of the nuns. Some German cardinals and bishops were in fact convinced that Hitler was possessed, and then there is the testimony of Pius XII’s nephew who revealed that in 1958, on the eve of the very important Italian political elections, the Pope performed exorcisms to ward off demonic action from affecting the outcome of the vote. Pacelli was obviously spiritually supporting the Christian Democrats and there was the “danger” of a communist victory. We know that already in 1949 Pius XII approved a decree of the then-Holy Office [now known as the Congregation for the Doctrine of the Faith] that declared registering any form of support for the Communist Party was inadmissible, and that those who professed to believe the communist doctrine would be excommunicated. In the end the Christian Democrats won and Pius XII was clearly relieved. As for Hitler, unfortunately, we know how things went.

What surprised you most about your discoveries?

I was most surprised to discover that the devil can hide himself even in small things and that he can affect even consecrated people. In the book I tell the story of a case followed by Father Candido Amantini, the master of the great exorcist Father Gabriele Amorth, who for a long time performed exorcisms on a possessed nun. And then many cases “next door” of very normal people who are often targeted because they get close to dangerous places or due to the envy of someone. And I was most surprised to see an exorcism: I saw with my own eyes that the devil had possessed a young man in his 30s. Suddenly he started to tremble, his voice became deep, polyphonic, as if several people were speaking at the same time. And when the exorcist asked: “How many of you are there?” The devil answered: “We are armies, you can’t stop us, he’s ours now.” Suddenly the devil also began to complain about the presence of someone, a monk with a beard. After the repeated insistence of the priest, it was finally understood that during that exorcism Padre Pio was — apparently — also present, and was really troubling Satan.

What conclusions do you draw from the cases you found?

That unfortunately the devil is not an invention of some marketing expert: Evil really exists and is just around the corner. I have carried out a journalistic investigation for this very reason, to study the phenomenon and look at every single case with my own journalist’s eyes. A small example: many people think that it is not a real diabolical possession but a mental illness. But how is it therefore possible that the possessed, during the trance phase, can read the minds of exorcists? Many priests, in order to understand if it is true possession, recite prayers in their minds without uttering a word. The possessed then begin to stir, to scream, to rage against the priest and say to him: “Stop praying!!!” How is this possible? It’s incredible! And instead, unfortunately, it’s all true!

UK court to review Down Syndrome a...