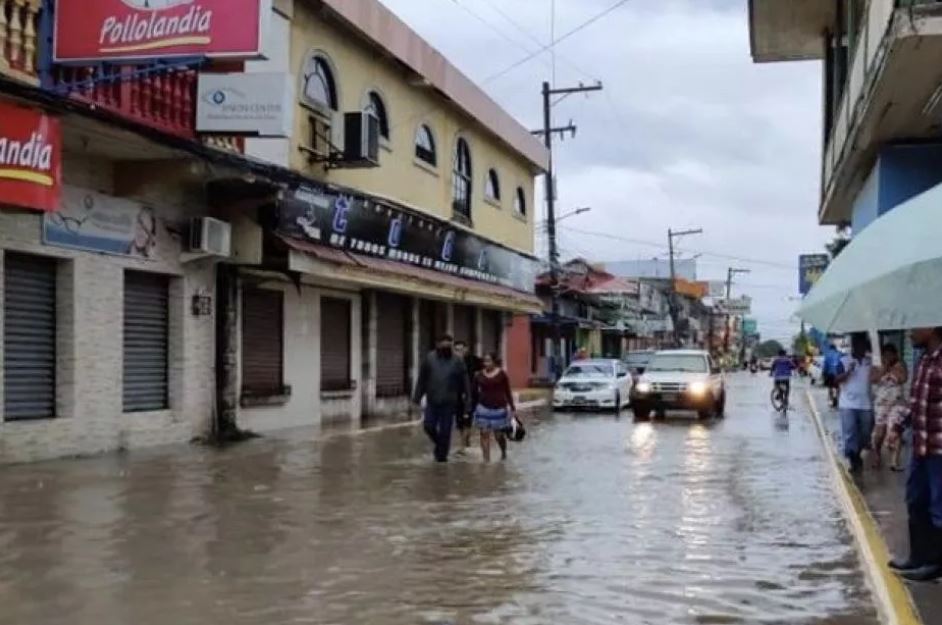 Residents discuss the hardships they are facing, in the wake of the worst natural disaster to strike their central American nation in a generation.

Carmen Cruz Carias is standing in her aunt’s garden in San Pedro Sula, Honduras — looking at the fallen trees and mud. The sun is shining and her 15 family members who evacuated here are sitting quietly on chairs on top of a raised platform.

The adults are dazed by the destruction that surrounds them. The children seem to be less aware and are playing among themselves. Walking is difficult because of the soggy mud on the ground.

When Hurricane Iota raged over Honduras this Tuesday, it finished the devastation that was wrought by Hurricane Eta two weeks earlier. The power of back-to-back Category 4 hurricanes is unlike anything Hondurans have seen in a generation — not since the last major storm, Hurricane Mitch, in 1998. Hurricane Iota followed a nearly identical stretch of land that was raked over by Hurricane Eta.

“This storm was worse than Eta,” said Carias, who lives in Lima Nueva Cortes in Honduras. “The mayor told us that we had to evacuate because this storm would be more dangerous than the last one. It was announced that the river in our town could overflow.”

Carias’ family evacuated to their aunt’s house in the nearest community. Altogether, 20 family members are now living under one roof.

“The winds were worse than Eta. We did not sleep at all but prayed all night. But thankfully, the river did not overflow here. The river in my hometown did overflow, however,” said Carias.

In fact, rivers have overflowed in many parts of the country. For most Hondurans who live in one-story buildings, flood waters destroyed nearly everything of value they owned. Carias has not been able to go back to her hometown to access the damage because highways are full of fallen trees and flood waters — making travel all but impossible.

“People lost clothes and shoes. There is a lot of mud everywhere,” said Alexander Vallecillo of Lima Nueva Cortes, a textile worker. “There are houses which are still under water. There is a lack of medicine, especially for people who are developing infections.”

Vallecillo explains how, prior to the hurricanes, Honduras was dealing with the effects of coronavirus. Many of the countries’ schools had been closed to keep children home, to lesson COVID-19 infections. Because of this, school buildings had not been prepared for a hurricane strike and have sustained significant damage.

Another difficult aspect of these hurricanes has been an increase in violent crimes and rapes.

“It is very sad, but there have been 18 documented cases of rape of children in my city alone. This happened because people evacuated from certain areas and went to live in cramped quarters with relatives or friends. In some cases, strangers infiltrated, or in other cases, it is family members,” he said.

Another problem is the emotional impact of these hurricanes.

“Many people lost most of what they had during Hurricane Eta. Then they cleaned up, salvaged what they could, only to lose the last bit of belongings during Hurricane Iota. It has been psychologically traumatic,” said Vallecilla.

“My parents lost everything. My sister lost all of her furniture,” said Carias. “The water rose more during the second hurricane than the first.”

Another phenomenon that has been happening is Hondurans of all stripes have moved in with relatives.

“What we are seeing is that people have left flooded areas to live with relatives, so it very common to now see houses with up to 18-20 people living together, with one bathroom,” said Bryan Carias, another textile worker from Nueva Lima Cortes.

Relief efforts from the Honduran government has been slow. As it is, most Hondurans do not trust the government and believe it to be corrupt.

“There has been lots of violence towards government workers, with people throwing rocks at them. This is because the government has a very bad image here,” said Vallecillo.

“El Salvador sent relief aid to our country, but it was never delivered to us after Hurricane Eta. Now the news is that all those relief goods were lost because of the hurricane,” said Carmen Carias.

The one group that has come through with aid is the Catholic Church.

“The Catholic Church is the one group that has helped the most. We have never lived through anything like this before. People are panicking,” said Bryan Carias.

“The Catholic Church is doing great work because they are organized. They have reached areas that few other groups have arrived at,” said Vallecilla. “They operate through the parishes. Temporary houses were erected in a closed water park.”

Carmen Carias has also taken note that the only meaningful relief has come from the Church.

“I have seen the Catholic Church and churches of other denominations helping. Even my aunt, who is Baptist, has taken part in this. She cooks beans, her brother tortillas — to distribute to the people who are shut-ins. They also bring food to children and those who are most vulnerable,” she said.

According to the Caritas Honduras Catholic aid agency, Hurricane Iota affected some areas which had not been affected by Hurricane Eta.

“Overall, three million people have been affected in our country,” said Wilfred Cervantes, national director of Caritas Honduras. “There has been major flooding, with a loss of harvests. Many people have had to evacuate their homes. The infrastructure was greatly affected, including highways and bridges.”

Because of the loss of electricity in large areas of the country, there are still some areas that are cut off from the rest of the country. There is no information on those areas.

Caritas has been coordinating relief services in order to distribute food, clothes, and hygiene services.

“Our first plan is to focus on humanitarian needs: getting food and water to people. Because of the fact that we have been dealing with a pandemic, we also need to distribute protective masks,” said Cervantes.

The next phase will be rehabilitation of industries and housing.

“This will involve construction, so people can get back to work and their houses. We also need to get the cultivation of crops back on track,” said Cervantes.

A group of Caritas volunteers coordinated a marathon collection in Tegucigalpa, the capital of Honduras, and collected food, hygiene materials, pampers, masks, water and milk in various warehouses throughout the city. This will be distributed throughout the country through parishes. Some deliveries will be done by airplane drops because it will take too long for highways to be cleared.

Right now, there is no access to San Pedro Sula — the second-largest city in Honduras — because of the blocked highways. San Pedro Sula has often been called the “murder capital of the world.” It is also a city known for gang violence which has driven many Hondurans to leave the country in the hopes of a safer and better life elsewhere.

As Carmen Carias looks around, her face seems worn out by worry.

“We are running out of food. There is only one supermarket nearby, and when I went, the shelves were almost empty,” she said.

Cardinal Nichols says he has ‘no w...