Beatification cause opened for spiritual son of Padre Pio 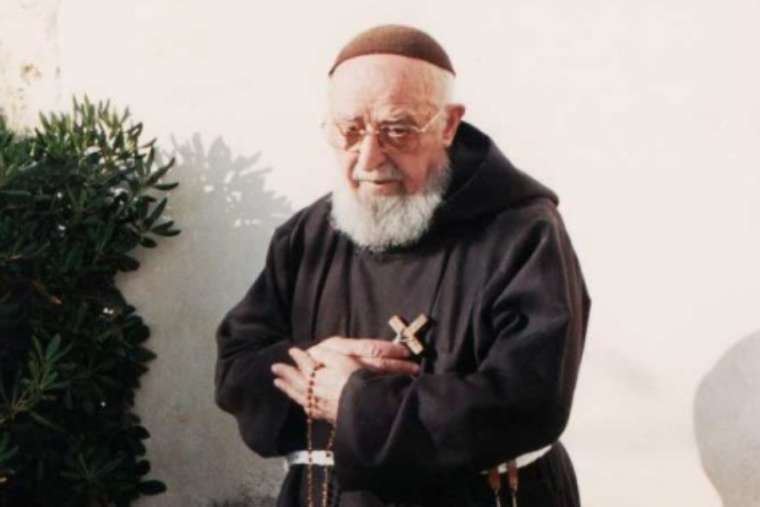 Beatification cause opened for spiritual son of Padre Pio

An Italian archbishop has opened the cause for beatification of a Capuchin friar and spiritual son of St. Padre Pio.

Br. Modestino da Pietrelcina, born Damiano Fucci, died on Aug. 14, 2011, at the age of 94, with “a reputation of holiness,” Archbishop Franco Moscone of Manfredonia-Vieste-San Giovanni Rotondo said in his declaration opening the friar’s cause, signed in late July.

Damiano was born in 1917 in Pietrelcina,the southern Italian town that was alsoPadre Pio’s birthplace. Padre Pio knew Damiano’s family, because he grew up knowing Damiano’s mother, who was his neighbor.

When Padre Pio returned to Pietrelcina as a young man from 1908 to 1916 for health reasons, he would sometimes watch over Damiano’s older brother, Antonio, while the child’s parents worked in the fields.

In 1940, Damiano went to find the man he had heard so much about at the monastery in San Giovanni Rotondo. After Damiano made a confession, the stigmatic priest encouraged the 23-year-old Damiano to “walk straight” and gave him his blessing.

The opening of Br. Modestino’s cause marks the start of what is known as the diocesan phase of the cause. Those who knew Br. Modestino and havesignificant recollections or documents about him areinvited to share it with the archdiocese.

The archdiocese will collect as much information as possible about Br. Modestino’s life and any evidence of his sanctity, which it will then present to the Congregation for the Causes of the Saints in Rome.

When Br. Modestino died in 2011, a newsletter from the provincial minister noted his life of prayer, calling it “his daily bread.”

“Him sitting in front of the tabernacle for hours was the visible sign of a familiarity with God. This friendship with the Lord made him increasingly sensitive to the needs of his brothers,” it said.

The Capuchin friar was also welcoming to pilgrims, listening to them and their sufferings, the newsletter noted.

“He often repeated that his life was offered for sinners and in every circumstance he helped those he met on his way to cross the threshold of the confessional to ask God’s forgiveness,” it said.

Damiano first felt a calling to a religious vocation while doing his military service in Rome.

He again visited Padre Pio and told him that he felt called to join the Benedictines. Padre Pio told him it was not his calling to join the Order of St. Benedict. He added that the young man could go to Rome if he wanted, but predicted that a “very ugly disaster” would happen to him there. (Three years later, Padre Pio’s prediction came true when the Benedictine abbot and a brother were killed by robbers.)

But laterPadre Pio also encouraged him, saying: “Br. Modestino, don’t worry.I will always be near you and the gaze of St. Francis, from heaven, will always be upon you.”

After Padre Pio’s death in 1968, Br. Modestino became the community’s porter, where he would assure visitors of his prayers for his countryman’s intercession.

One of the stories he toldwas about his father’s death. Padre Pio revealed to him that his father was in purgatory after he died. With permission, Modestino returned to his hometown to tell his family and friends to pray and to offer every sacrifice for a single intention: the salvation of the soul of his father.

A few months later, Padre Pio communicated to Br. Modestino through another friar that his father had entered heaven.