Becoming a Christian — How Does That Happen? 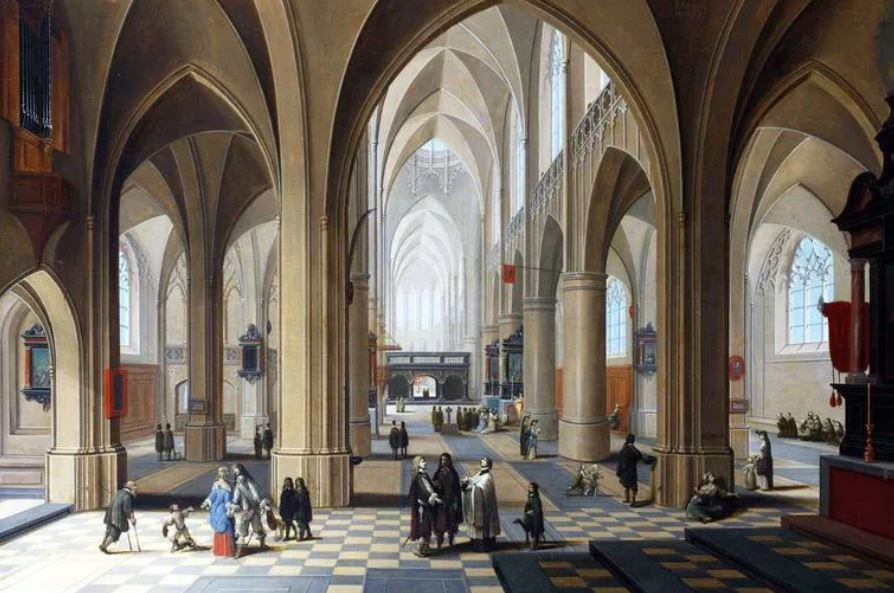 Becoming a Christian — How Does That Happen?

The Church draws people not just for personal or pragmatic or political or therapeutic reasons, but because the Catholic Thing is true.

What is the point of educating people? Is it a process and, if so, in what does it consist? Is it like filling a bucket with bits of information because, owing to human ignorance, there is an emptiness here that someone will need to remedy? Or is it more a matter of lighting a fire, because here is all this wonderfully dry wood that cries out for a match? Put a match to it and, presto, it will burst into flame. In other words, is it information we need, or transformation?

It rather depends on the overall purpose, doesn’t it? I mean, if it’s a course on learning how to cook, or do automotive repair, or manage a hotel, then the effort has largely to do with passing along information, a body of knowledge, a skill set which one then needs to acquire, to master.

But if the aim is to evangelize, to plant a seed of faith in the soul of another, then it becomes pretty clear that, in order to succeed, real Pentecostal fire will need to fall. The Holy Ghost, in other words, whose fiery descent, as the poet Eliot so memorably put it, must first “break the air / With flame of incandescent terror / Of which the tongues declare / The one discharge from sin and error. / The only hope, or else despair/ Lies in the choice of pyre or pyre— / To be redeemed from fire by fire.”

Clearly faith is less a matter of imparting items of information, duly memorized and repeated back, than that of sheer contagion, like a mysterious germ sent deep down into the soul, so that when caught, one will never be the same again. The soul may wrench itself free of the encircling web, leaving layer upon layer of grace behind, but the mark of infection remains, it will never entirely be effaced. And when you ask the obvious and inevitable question about who’s done this, who exactly was behind all this fire, the answer is that it is God himself.  “Who then,” asks Eliot, “devised the torment? Love. / Love is the unfamiliar Name / Behind the hands that wove / The intolerable shirt of flame / Which human power cannot remove, / We only live, only suspire / Consumed by either fire or fire.”

So, why does anyone choose to become a Christian? Or, like most of us, having found ourselves already inserted into the Church, why on earth does one persist in remaining? Can it really be the result of so many bits and pieces of string filling a bucket? It is surely something else.  More like the sudden realization that one’s whole life has been upended, that one is on fire. What else is there to do, then, but to burn with the pure love of God, to try and reflect something of that same radiance.  “Be worthy,” as Paul Claudel would say, “of the flame consuming you.”

It will hardly do, in the circumstance, to give a political spin to any of this; no explanation purely political could possibly account for being Christian. “I belong because I see the Church as advancing the cause of human justice. She is on the side of the poor and the marginalized and it is with these that I choose to stand.”

Could that possibly satisfy? Never mind how shrill or sincere the cry — politics is never a sufficient motive to warrant membership. Even if solidarity with the dispossessed of the earth were, as the bishops so often tell us, a constitutive dimension of the Gospel. And so, by all means make your “preferential option,” but pray do not imagine it will ever be enough to justify the effort to remain a Christian.

What about personal reasons? How valid or compelling can they be? Aren’t they somewhat tainted by self-interest? I once knew a guy who liked spending time with Catholics because he figured it was the best way to meet girls. And aren’t Catholic girls better looking than the non-Catholic competition? But that is hardly a tenable reason to become a Catholic.

Actually, the only answer that finally satisfies, is one that directly touches the metaphysical, crossing the frontier of finality itself, which is the matter of truth. That however satisfying subjectively, or politically correct, unless one’s reason for entering the Church, or becoming Christian, were to engage the question at the highest possible level, it would be wrong and even wicked to do so. There can be no basis, I am saying, for belonging to the faith on purely personal or pragmatic or political or therapeutic grounds, unless the claims of the Church are themselves true.

Among the most amazing assertions coming out of the early Church is the claim made by Tertullian that Jesus did not call himself custom. He called himself truth, declared Tertullian, as in “the way, the truth and the life.” He referred to himself as Word, Logos, Wisdom of the Father. He was not part of the customary furniture of a world that was passing away. And so one is a Christian not because it feels good, or because it does a world of good for the poor, but because one believes that the Catholic Thing is true. “Unless Christ be risen,” warns St. Paul, “our faith is in vain and we are the most miserable of men.”

Few have expressed it with the persuasive force of Hilaire Belloc, who put it this way: “The Catholic Church is the exponent of Reality. It is true. Its doctrines in matters large and small are statements of what is … As to the doubt of the soul, I discover it to be False: a mood: not a conclusion. My conclusion — and that of all men who have ever once seen it — is the Faith. Corporate, organized, a personality, teaching. A thing, not a theory. It.”

Once struck over the head with so arresting, so astonishing an announcement, there is nothing to be done save submit, humbly and joyously, to the fact, at once simple and profound, that it is true. Deo Gratias.

Advent at Home: How Catholics are...