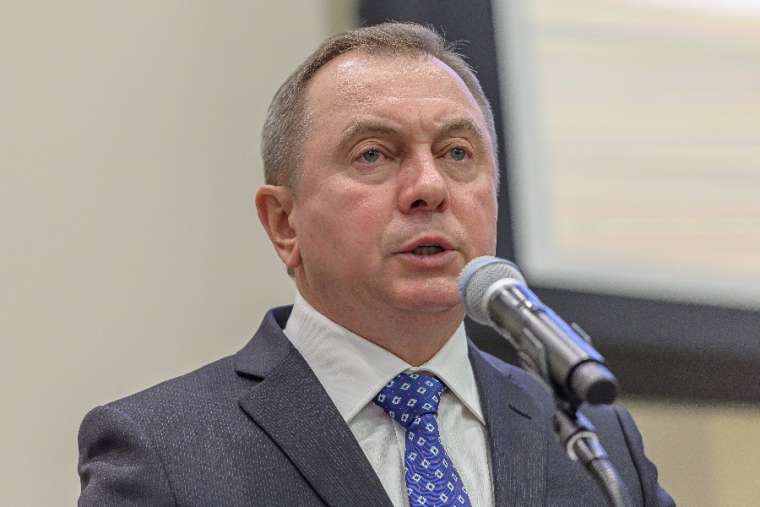 Belarus renewed its invitation to Pope Francis to visit the country Friday during talks with a senior Vatican official.

Vladimir Makei, the Minister of Foreign Affairs, said that the invitation remained open amid tensions between the local Catholic Church and the government, BelTA, the state-owned national news agency, reportedSept. 11.

Makei met with Archbishop Paul Richard Gallagher, the Vatican’s Secretary for Relations with States, a week after the leader of the Catholic Church in Belarus was blocked from returning to his homeland.Archbishop Tadeusz Kondrusiewicz, a Belarusian citizen, was turned back by border guardswhen he attempted to return to Belarus Aug. 31 following a trip to Poland.

According to BelTA, Makei told Gallagher: “Your visit proves that Belarus and the Holy See have special relations of mutual understanding and trust. We are satisfied with the dynamics of the development of contacts at the high and highest levels.”

The foreign minister said that Belarus and the Holy See enjoyed a high level of cooperation at the United Nations because of shared values. He thanked the Vatican for supporting the Group of Friends United against Human Trafficking, an association of UN member states established atthe initiative of Belarusin 2010.

“We have good and fruitful relations with the Holy See. We would like to develop and strengthen our cooperation in all areas,” Makei said.The Holy See press office confirmed Sept. 11 that Gallagher had traveled to Belarus. It said that he intended “to express the attention and closeness of the Holy Father to the Catholic Church and to the whole country,” adding that Gallagher’s program would include “meetings with the civil authorities and those in charge of the Catholic Church.”

Belarusian state media said that Gallagher was undertaking a four-day visit to the Eastern European country, which has been rocked by protests following a disputed presidential election Aug. 9.

Lukashenko claimed victory with 80% of the vote. His challenger, Sviatlana Tsikhanouskaya, complained to electoral officials after they said she had won just 10% of votes. Fearing imprisonment, she fled to neighboring Lithuania. Amid ongoing protests, the authorities have detained other opposition leaders, provoking an international outcry.

Kondrusiewicz, the president of the country’s Catholic bishops’ conference, had spoken outin defense of protesters after they were targeted by police following the election.

This week it emerged that a Sunday Mass broadcast from the Cathedral of the Holy Name of Mary in Minsk was taken off the airwavesof the largest nationwide radio channel in Belarus.

Bishop Yuri Kasabutsky, an auxiliary bishop of Minsk-Mogilev archdiocese, said that the sudden cessation of the broadcasts showed that the authorities were attempting to “put pressure” on the Catholic Church.

On Friday, Catholics in the capital, Minsk, held a city-wide Stations of the Cross to pray for Kondrusiewicz’s return to Belarus.

The website of the Catholic Church in Belarus reportedSept. 11 that Kasabutsky addressed participants, saying: “We will follow this path of the Savior for the freedom of the Church in Belarus, for the return of our Metropolitan, for justice, goodness, and peace in our country.”