Belarus to be consecrated to Mary on Immaculate Conception feast 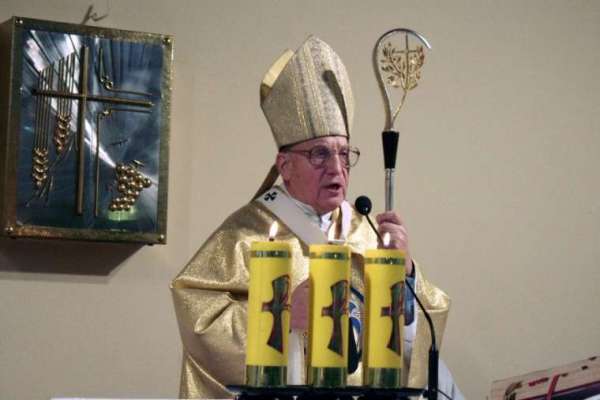 Belarus to be consecrated to Mary on Immaculate Conception feast

Rome Newsroom, Dec 7, 2020 / 10:30 am (CNA).- The metropolitan archbishop of Minsk has asked all churches in Belarus to pray an act of consecration of Belarus to the Immaculate Heart of Mary after Mass on Dec. 8.

“With faith in Mary’s help, let us turn to her to ask her Son, the Merciful Jesus, for all of us and for our fatherland to have the grace to end the coronavirus pandemic and live a peaceful life,” Archbishop Tadeusz Kondrusiewicz wrote in a statement on the website of the Catholic Church in Belarus.

Kondrusiewicz invited Catholics to pray a Marian consecration prayer which appeals for an end to the “very dangerous socio-political crisis” in Belarus on the Solemnity of the Immaculate Conception of the Blessed Virgin Mary.

Protests erupted in Minsk, the capital of Belarus, on Aug. 9 after the government’s electoral officials announced a landslide victory for Alexander Lukashenko, who has ruled the country since 1994.

Archbishop Kondrusiewicz, president of the country’s Catholic bishops’ conference, was prevented from returning to the country on Aug. 31. The archbishop had spoken out in defense of protesters and said he feared the country was heading towards civil war.

Archbishop Paul Gallagher, the Vatican’s Secretary for Relations with States, visited Belarus in September in an attempt to resolve the impasse. But Kondrusiewicz remains barred from his homeland.

But on Nov. 19, the Prosecutor General of Minsk issued an official warning to Bishop Yuri Kasabutsky, an auxiliary bishop of Minsk-Mohilev, over comments he made on Facebook. Kasabutsky had criticized the authorities for destroying a memorial to a young man reportedly killed by security forces.

In a message on Nov. 25, the bishops of Belarus called for a “peaceful solution” to the crisis.

“Violence does not stop, blood continues to be shed, society is divided. This does not foretell us a happy future, for, as Christ said, a house divided against itself cannot stand,” the bishops said.

They urged Belarusians to show solidarity with each other to build “a united, not divided, Belarus.”

They said: “We call on Catholics and all people of good will to continue to offer their prayers for a speedy and peaceful solution to the crisis, for blessed are the peacemakers and those who seek justice, as Christ says. May good defeat evil.”