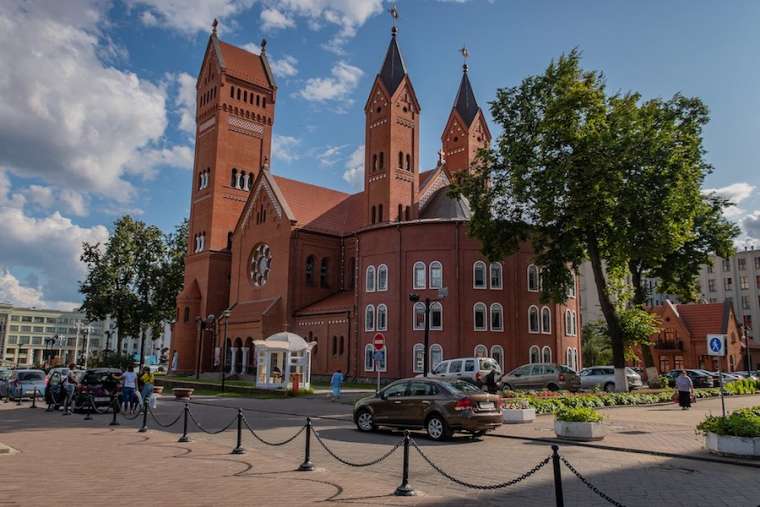 The Catholic bishops of Belarus are calling for prayers that one of their archbishops, who was blocked from re-entering the country last week, be allowed to return home.

“It is inadmissible that a bishop of the Catholic Church, who is the pastor of the faithful entrusted to him, is deprived of the opportunity to be in his own diocese and to carry in it the ministry entrusted to him by [Pope Francis],”the Belarusian bishops said Sept. 2.

Archbishop Tadeusz Kondrusiewicz of Minsk-Mohilev was attempting to enter Belarus from Poland when he was stopped by border guards and denied entry “without explanation,”the website of the Catholic Church in Belarusreported Aug. 31.

Archbishop Kondrusiewicz himself has spoken out saying that the border guards’ decision to refuse him entry to his homeland was “absolutely incomprehensible” and contravened the law. The archbishop said he visited eastern Poland to celebrate the First Communion of a relative; he is now in Bia?ystok.

The ban on Kondrusiewicz’s reentry to the country is not only illegal, the bishops asserted, but also is detrimental to the relationship between the Catholic Church and the Belarusian state.

“The Conference of Catholic Bishops in Belarus hopes that the refusal of Archbishop Tadeusz Kondrusiewicz to enter the Republic of Belarus is only an unfortunate misunderstanding that will be resolved as soon as possible, and that such incidents will not occur in the future,” the bishops concluded, encouraging all Catholics to pray for Kondrusiewicz’s safe return.

Catholics are the second-largest religious community in Belarus after Orthodox Christians, comprising roughly 15% of the population.

Kondrusiewicz had spoken out in defense of protesters following a disputed presidential election Aug. 9.

Belarus, a country of 9.5 million people bordering Russia, Ukraine, Poland, Lithuania, and Latvia, has seen widespread protests since the incumbent Alexander Lukashenko was declared the winner of the presidential election with 80% of the vote.

Last weekKondrusiewicz demanded an investigationinto reports that riot police blocked the doors of a Catholic church in Minsk while clearing away protesters from a nearby square.

Heprayed outside of a prison Aug. 19where detained protesters were reported to have been tortured.

Archbishop Kondrusiewicztold CNA Sept. 1that “at the present time, we are asking for prayer, not only for the Catholic Church, but for a peaceful solution for the situation in Belarus because I’m very much afraid of civil war. The situation is very, very difficult, very critical.”

He expressed appreciation “to Catholics around the world for their solidarity, for their prayers, for their moral support in this very critical time for my nation.”

Dealing with grief in a time of co...