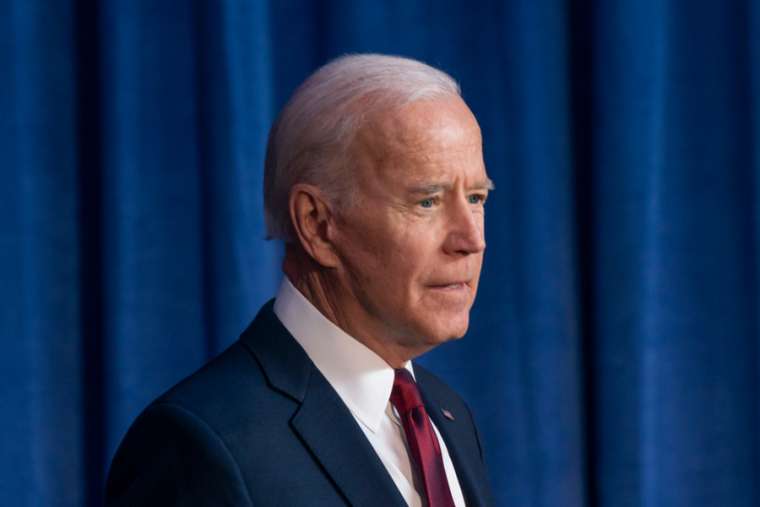 Catholic supporters of Joe Biden sought to deflect the Democratic candidate’s support for abortion on Thursday by pointing to other issues, despite the U.S. bishops calling it the “preeminent” issue for Catholic votersto consider.

“We’ve got to deal with the abortion issue, and the way we’re dealing with it here in Pittsburgh is by saying if you’re going to vote with your Catholic faith informing your choice, then you’ve got to be a multi-issue voter,” said Kevin Hayes, a Biden supporter who is conducting voter outreach to Catholics in the Pittsburgh area ahead of the November presidential elections.

Hayes was one of several Catholics who spoke to Biden supporters online in a “national call to action” on Thursday evening. He was joined by “Catholics for Biden” co-chairs Samantha Power, the U.S. ambassador to the United Nations from 2013-2017, and Mark Kennedy Shriver, son of the late pro-life Democrat R. Sargant Shriver and president of Save the Children Action Network.

Biden, a Catholic, has supported legal abortion and has promised to expand taxpayer funding of abortion by repealing the Hyde Amendment. He has also said his administration would work to codify Roe v. Wade, review state regulations of abortion, and cover abortion and contraceptives in his “public option” health policy.

Since 2007, the bishops of the United States have issued a document, titled “Forming Consciences for Faithful CItizenship,” to help Catholics decide how to cast their vote; it was most recently updated in 2019.

Earlier this year, USCCB issued a letter, approved by the bishops, re-presenting the document along with a series of short videos. In that letter, the bishops identified abortion as the “preeminent priority” for Catholic voters “because it directly attacks life itself.”

Biden’s support for abortion was addressed by several campaign surrogates on Thursday evening, who asked listeners to look beyond the issue.

“You have concerns about whether he’s pro-life enough, whether he meets all of the criteria for Catholics. You’re listening to your bishops tell you one thing or another,” she said.

Butler asked listeners to instead consult their consciences. “You need to start to think about what it really means for us to have somebody who takes their faith and uses it in every area of their lives,” she said.

“Now that doesn’t mean that he [Biden] is always going to be thinking about his Catholicism when he has to vote, or all of that stuff. What it means is he has a moral core, he has a conviction, he knows right from wrong, he’s able to ask for forgiveness, he knows what it means to bear grief.”

Victoria Kovari, who is conducting outreach to Catholics in Michigan for Biden, said that she and other women, including a Catholic religious sister, developed talking points on abortion. The sister, she said, is a member of IHM, the Servants of the Immaculate Heart of Mary.

Kovari identified herself as a “lifelong Byzantine Catholic,” and said that she is helping test out different campaign messaging with members of her Byzantine parish. Kovari was a member of Catholics for Obama in 2008 and in 2012, and served as national field director for the group Catholics in Alliance for the Common Good from 2007 to 2010.

In addition, she said, the group organized a letter to the state’s seven bishops calling for an end to “partisan public statements made by Catholic officials urging them to vote Republican.”

“We urge you to ensure that all Church spokespersons strictly refrain from public partisan-political statements, whether direct or indirect,” the letter states.

The letter notes that, in the past, Catholic communications directors, priests, and bishops “have advocated for a particular political party — or have condemned specific candidates (usually Democrats)” by “selectively quoting sections ofFaithful Citizenship,” the voting document of the U.S. bishops’ conference.

In several American dioceses in recent weeks, bishops have intervened to correct individual priests who made explicitly partisan statements of support or opposition for different candidates.

A priest of the diocese of La Crosse, Fr. James Altman, said in an Aug. 30 video that “You can not be Catholic and be a Democrat. Period.” His bishop subsequently said he was taking action to correct Fr. Altman.

Earlier this month, in the Archdiocese of Boston, Monsignor Paul Garrity apologized for causing “confusion and upset” following comments he posted on Facebook saying he “believe[s] in a woman’s right to choose,” and “will vote for Joe Biden for President because I believe that Joe Biden is pro-life like me.” Garrity also encouraged “Catholics and others” of similar viewpoints to vote for Biden as well.

Boston’s archbishop, Cardinal Sean O’Malley, OFM, Cap., said that Catholics have “the right to expect the priests of the Archdiocese and those entrusted with handing on the faith to be clear and unequivocal on the Church’s teaching concerning respect and protection for life from the first moment of conception to natural death.”

“This teaching is of the highest priority for the Church,” the cardinal said in a statement provided to CNA after Garrity’s comments.

The national director of Priests for Life, Fr. Frank Pavone, once held official positions on the 2020 Trump campaign’s pro-life and Catholic outreach before stepping down at the request of his “competent ecclesiastical authority.” Canon law prohibits clerics from having an active role in political parties, unless they receive the permission of their bishop.

Pavone has remained outspoken in his support for Trump’s re-election, and made a series of controversial comments on social media.

On Sept. 17, the Diocese of Amarilo noted that Pavone, in videos posted online, had condemned the act of “voting for candidates of a particular political party” and had reportedly suggested he might refuse absolution if such votes were confessed without contrition.

According to the diocese, Pavone also used “scandalous words not becoming of a Catholic priest.”

“These postings are not consistent with Catholic Church Teachings,” the diocese said in its statement. “Please disregard them and pray for Father Pavone.”

Bishops routinely issue letters advising Catholics on how to form their consciences while refraining from backing individual candidates.

On Sept. 9, Bishop Alfred Schlert of Allentown, Pa., issued a pastoral letter saying that “While there is no initiative on the part of the Church to support one candidate over another, it is an indispensable obligation of bishops, priests, and deacons to inform the faithful about the hierarchy of issues that must be considered in conscience by every voting Catholic.”

“Hence, a Catholic voter is to approach the ballot box with the defense of innocent human life uppermost in his/her mind and conscience,” he wrote, adding that Catholic voters should consider whether their vote would constitute cooperation “with a candidate’s promotion of the grave sins of abortion and euthanasia.”

“Forming Consciences for Faithful Citizenship” says that Catholics may vote for a candidate for political office who takes “unacceptable” positions on intrinsically evil acts; they may vote this way only “for truly grave moral reasons,” and “not to advance narrow interests or partisan preferences or to ignore a fundamental moral evil.”

“A ‘well-formed conscience’ for the Catholic is one that has been formed under the guidance of the Holy Spirit through prayer, studying Scripture, and honestly informing oneself about the moral teachings of the Catholic Church,” Schlert said.

Why Abortion Is Different From Oth...