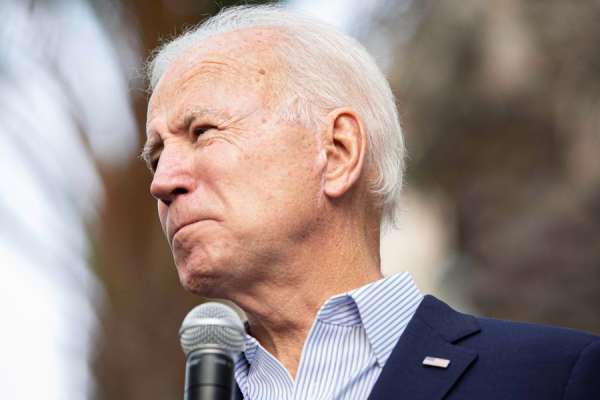 Washington, D.C. Newsroom, Nov 9, 2020 / 03:00 pm (CNA).- Presumptive president-elect Joe Biden announced his advisory board to deal with the coronavirus pandemic, with one member attracting criticism for his views on the elderly and people with disabilities.

Biden’s transition team on Monday tapped Dr. Ezekiel Emanuel, who advised the Obama administration on health policy, to join a team of other public health experts in crafting a response to the pandemic.

Emanuel, who chairs the Department of Medical Ethics and Health Policy at the University of Pennsylvania, has previously written that health care, in the event of rationing during the pandemic, should be prioritized for those who would most benefit from it.

He also authored a 2014 piece in The Atlantic “Why I Hope to Die at 75,” where he called “living too long” a “loss” and a state which renders persons “if not disabled, then faltering and declining.”

Charles Camosy, a theology professor at Fordham University, said that Emanuel’s appointment to the board is troubling given that he has seemingly argued that the lives of the elderly do not matter as much as others.

Emanuel’s philosophy—and those of a similar mind as his—represents a shift away from the fundamental equality of persons in health care ethics, Camosy said, promoting a theory of “Quality-Adjusted Life Years (QALY).”

This theory, Camosy told CNA, could be used to justify denying health care to the elderly sick or the disabled in the event of rationing, as they might have less of a chance of survival than a younger, healthier person or a lower QALY score.

In this event, they said, health care should be determined not on a “first-come, first-serve” basis, but on how much a patient would benefit from it. Rationed health care, they said, should be given to those “who are likely to get the greatest benefit from care” and “[t]he goal should be saving as many people as possible.”

“Assessing and reassessing who is most likely to survive — as hard as it is — is what ethics requires,” they said.

He went on to argue that, for vaccine distribution, the elderly should be prioritized “immediately after health care workers and first responders.”

Camosy, however, said that Emanuel’s writings on health care rationing advance “utilitarian, consequentialist arguments” that could be used to justify giving a COVID-19 vaccine first to children, delaying its distribution to nursing homes and long-term care centers which have been the sites of some of the worst outbreaks in the U.S.

The “assumption” of this strategy, he said, would be “that these lives don’t matter as much.”

In his 2014 article in The Atlantic on wishing to die at age 75, Emanuel cautioned that he was not advocating for euthanasia or physician-assisted suicide. He stated his opposition to those actions and adding that the terminally ill should instead have a “good, compassionate death.”

He criticized the “manic desperation to endlessly extend life” in American culture and said that “[f]or many reasons, 75 is a pretty good age to aim to stop.”

Joining Emanuel on Biden’s task force as co-chairs are Dr. David Kessler, former head of the Food and Drug Administration under President Clinton, Dr. Vivek Murthy who served as the Surgeon General from 2014 until 2017, and Dr. Marcella Nunez-Smith, a professor of public health at Yale University.

Murthy, in an interview with NPR earlier this year, emphasized the importance of re-prioritizing relationships during state lockdowns and enforced social distancing measures. He warned of a “social recession” due to the isolation of persons living alone.

“We may be able to use COVID-19 as a way to reset how we approach relationships and to revisit the place that relationships have in our lived priority list,” he said.

In 2015, he promoted vaccinations of children as surgeon general, to immunize them against measles or smallpox. In an interview with CNN, he said he was “concerned” that vaccine exemptions for religious and other reasons “in some states is too permissive.”

Camosy said that one of the co-chairs, Dr. Marcella Nunez-Smith, “seems to be very good on racial justice issues,” a promising sign given how badly Hispanics and African-Americans have suffered from the virus.

Light Amid the Ruins: Literature i...