Biden says nuns inspire him to run, plans to sue Little Sisters of the Poor 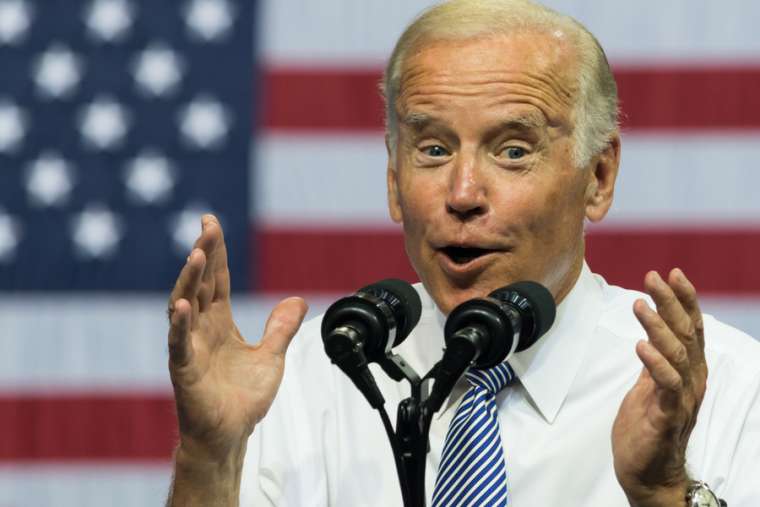 Biden says nuns inspire him to run, plans to sue Little Sisters of the Poor

Presumptive Democratic nominee Joe Biden has released a campaign video in which he credits his Catholic faith, Pope Francis, and the example of nuns for his personal inspiration.

The short video was released August 9 on the Democratic National Convention’s Twitter account. Biden’suse of nuns as an inspirational example of “generosity to others” comes despite his promise to renew legal action against the Little Sisters of the Poor should he win election.

Biden has promised to remove freedom of conscience protections which exempt the sisters from the “contraceptive mandate,” opening them back up to renewed suits by the federal government for failure to provide contraceptives to their employees.

“This is the kind of moral conviction we need in the president of the United States,” says the tweet, which led into the video.

In the video, Biden, a Catholic, narrateshow once,after having a brief meeting with Pope Francis at St. Peter’s Basilica, he departed the church and ran into a group of religious sisters.

These sisters, said Biden in a voiceover, “to me, epitomize everything Pope Francis talked about in his homily and what he stands for. About generosity to other people, about reaching out, about making it a point to understand that we are our brother’s keeper,” said Biden.

Biden said the idea that people have an obligation to look out for one another had been imprinted on him during his Catholic upbringing and “being educated by the nuns.”

“That’s what those lovely women I’m talking to symbolize to me,” said Biden.

He quipped he thought it was a “good omen” to see the sisters, and said the encounter was an “exciting time and it gave me a lot of hope.”

Recognizing that people are obligated to help each other is “the only way we’re gonna make the world better and safer,” said Biden.

Biden and the pope met in the Vatican in April 2016, when Biden was presenting at a Vatican conference on regenerative medicine, and in 2013, when the then-vice president led a delegation from the United States to Francis’ papal inauguration.

The images and videos in the ad are from the 2016 trip.

Biden’s use of the nuns’ example of service for campaign purposes sits in contrast to his pledge to force one religious order to violate their consciences and provide birth control, sterilizations, and abortifacient drugs to their employees.

Following nine years of legal battles, and two trips to the Supreme Court, the court upheld an executive action offering the sisters religious freedom and conscience exemptions to the “contraception mandate” issued by the Department of Health and Human Services following the passage of the Affordable Care Act.

“If I am elected I will restore the Obama-Biden policy that existed before the [Supreme Court’s 2014]Hobby Lobbyruling: providing an exemption for houses of worship and an accommodation for nonprofit organizations with religious missions,” said Biden in July.

“This accommodation will allow women at these organizations to access contraceptive coverage, not through their employer-provided plan, but instead through their insurance company or a third-party administrator.”

The Little Sisters of the Poor would not have qualified as a “nonprofit organization with a religious mission” under the Obama-era accommodations. The order serves and employs people of allor nofaiths, in accordance with their vocation to serve the elderly poor.

The Little Sisters of the Poor have repeatedly stated that authorizing a “third-party administrator” to provide birth control to their employees is still a violation of their beliefs and is not an acceptable compromise.

Following the July 8 decision, Biden said that the decision “will make it easier for the Trump-Pence Administration to continue to strip health care from women–attempting to carve out broad exemptions to the Affordable Care Act’s commitment to giving all women free access to recommended contraception.”

When the Affordable Care Act was signed into law in 2010, the legislation did not mandate that insurance plans provide at least one form of female contraception, including sterilization. The “contraception mandate” was announced as an interim final rule on August 1, 2011, and was finalized on January 20, 2012.

If elected president, Biden said that he would “end Donald Trump’s ceaseless attempts to gut every aspect of the Affordable Care Act.”

Biden did, however, support members of the Leadership Council of Women Religious (LCWR) groups after the Vatican ordered an inquiry into their conduct and political advocacy.

During a 2011 meeting with then-Pope Benedict XVI, Biden told the pontiff that he was being “entirely too hard on the American nuns” and that he needed to “lighten up.”

The video is not the first time that Biden, who has promised to enshrine the fullest application ofRoev.Wadein federal law,ensuring unlimited access to abortion in the United States, has used his Catholicism in his campaign.

In February, he released a video displaying black-and-white pictures of himself with various religious figures, including Pope Francis.

“Personally for me, faith, it’s all about hope and purpose and strength, and for me, my religion is just an enormous sense of solace,” he added.

“I go to Mass and I say the rosary. I find it to be incredibly comforting,” he said.

While Biden has repeatedly profiled his Catholicism during this election campaign, his faith has been a source of controversy over his lengthy political career, and he has endorsed policies that are contrary to Church teaching.

Shortly after his election as vice president, the then-bishop of his hometown of Scranton, PA, rebuked Biden for his views on abortion.

“I will not tolerate any politician who claims to be a faithful Catholic who is not genuinely pro-life,” said Bishop Joseph Martino of Scranton in 2008.

“No Catholic politician who supports the culture of death should approach Holy Communion. I will be truly vigilant on this point.”

During the 2008 campaign, Biden also received a letter from the then-bishop of the Diocese of Pensacola-Tallahassee, after he received Communion at a parish in the diocese. The letter reiterated the Catholic Church’s views on abortion, and the bishop offered prayers that Biden would “live by the virtue of fortitude as you proclaim your support to the Person of Christ in the most vulnerable of his members: the pre-born child.”

In October 2019, Biden was refused Communion at a Catholic church in South Carolina. The priest denied Biden Communion in accord with a 2004 diocesan policy that prohibits politicians who have been supportive of legal protection for abortion from receiving the Eucharist.

“Catholic public officials who consistently support abortion on demand are cooperating with evil in a public manner. By supporting pro-abortion legislation they participate in manifest grave sin, a condition which excludes them from admission to Holy Communion as long as they persist in the pro-abortion stance,” says a 2004 decree signed jointly by the bishops of Atlanta, Charleston, and Charlotte.

At the time Biden was denied Communion, his website stated that one of his priorities as president would be to “work to codifyRoe v. Wade” into federal law, and that “his Justice Department will do everything in its power to stop the rash of state laws that so blatantly violate the constitutional right to an abortion,” including laws requiring waiting periods, ultrasounds, and parental notification of a minor’s abortion.

“Vice PresidentBiden supports repealing the Hyde Amendment because healthcare is a right that should not be dependent on one’s zip code or income,” said his website.

Biden’s website also pledges him to “restore federal funding for Planned Parenthood,” and promises to “rescind the Mexico City Policy (also referred to as the global gag rule) that President Trump reinstated and expanded.”