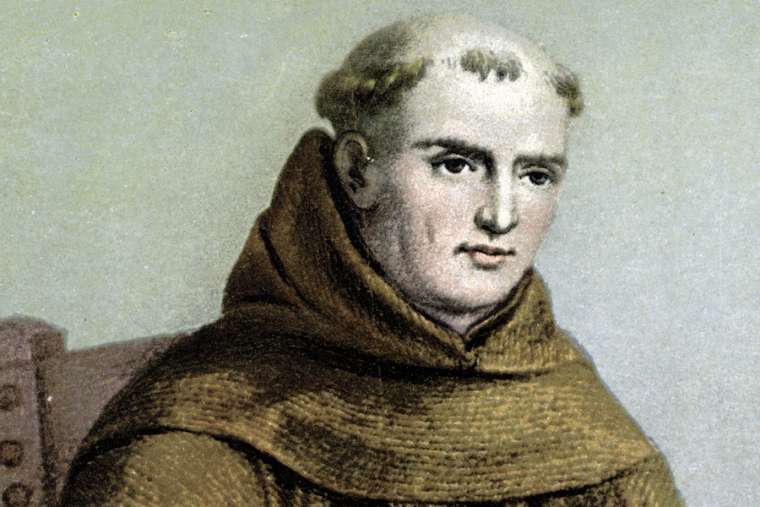 Bishop Robert Barron this week delivered a homily in support of St. Junipero Serra, an 18th century Franciscan missionary whose legacy has drawn renewed scrutiny in recent months from some who consider him a symbol of an oppressive colonial system.

“We are gathered here today in defense of the statue,” Barron said in an Aug. 22 homily at Mission Santa Inés.

“The Church understands the very legitimate concerns of some of the protestors. Yes, we are concerned about racism, oppression, righting social wrongs,” the bishop said, as well as amplifying voices that might otherwise go unheard.

“What I don’t understand is besmirching the reputation and memory of this great saint, represented by this statue,” he added, to applause from the congregation, which included Franciscan friars, members of the religious order to which Serra belonged.

“But I refuse to accept the characterization of evangelization as a kind of cultural aggression.”

Barron’s homily, which he delivered while celebrating Mass outdoors at the mission, came against a backdrop of opposing groups of protestors.

A group of 20 or so people turned out to express opposition to Serra, and to call for the removal of the saint’s statue from the mission grounds. Catholic counter-protestors, including Knights of Columbus members, also were present that day to defend Serra, block protestors from disrupting the Mass, and to pray the rosary.

During the eighteenth century, Father Serra, a Spaniard, founded nine Catholic missions, from San Diego to San Francisco, in the area that would later become California. Serra helped to convert thousands of native Californians to Christianity, and taught them new agricultural technologies.

Santa Inés mission is located in Solvang, CA, about an hour northwest of Santa Barbara. Though that mission was not founded by Serra himself, it owes its existence to Serra’s legacy.

While some activists today associate Serra with the many abuses that the Native Americans suffered after contact with Europeans, biographies and historical records suggest that Serra actually advocated on behalf of the Natives against the Spanish military and against encroaching European settlement.

Widespread comparisons by some activists of Serra to Adolph Hitler, or assertions that Serra himself was “genocidal,” are simply false, he said.

Barron pointed out that Serra himself viewed the sharing of his Catholic faith as the sharing of “a precious gift”— a gift that he dedicated his life, selflessly, to giving to others.

A California archeologist, who has studied the missions for over 25 years, told CNA earlier this year that it is clear from Serra’s own writings that he was motivated by a missionary zeal to bring salvation to the Native people through the Catholic faith, rather than by genocidal, racist, or opportunistic motivations.

“Serra writes excitedly about how he had finally found his life’s calling, and that he would give his life to these people and their salvation,” Dr. Ruben Mendoza, an archeologist and professor at California State University-Monterey Bay, told CNA.

Serra often found himself at odds with Spanish authorities over treatment of native people. In a famous episode in 1773, Serra— despite suffering from a painful infected leg— walked from Carmel in what is now California to Mexico City, in order to propose to the Spanish viceroy a 33-point “bill of rights” for the Natives.

Ever since the Spaniards’ arrival in North America, it was the Catholic missionaries who resisted the worst elements of the Spanish occupation, Barron said.

“Junipero Serra stood in that tradition. Before we formulated a Bill of Rights on the East Coast of our continent, Serra was fighting for a bill of rights for native people in this part of the world,” Barron said.

Barron encouraged Californians to “look more to the present and the future” than the past, calling on the intercession of Our Lady of Guadalupe, as Serra often did.

“May we too unleash the power of the Gospel, which is precisely the power of compassionate love,” he concluded.

Pope Francis canonized Serra in Washington, D.C. on Sept. 23, 2015, saying that “Junípero sought to defend the dignity of the native community, to protect it from those who had mistreated and abused it.”

Amid the renewed controversy over Serra, at least three prominent statues of the saint have been forcibly torn down by protestors in California in recent months, including one in Golden Gate Park, San Francisco, on June 19 by a crowd of about 100 people, the same day a statue of the saint was torn down in Los Angeles.

Rioters pulled down and defaced a statue of Serra in Sacramento on July 4, inspiring a local Catholic to set up a makeshift shrine to Serra on the statue’s empty plinth July 5, and lead other Catholics in cleaning graffiti from the site.

A massive fire on July 11devastated the mission church of San Gabriel, which Serra founded, in the Archdiocese of Los Angeles. The cause of the fire has not yet been announced, but it is being investigated as arson.

Other California missions such as San Luis Obispo and San Gabriel had in June moved their statues “out of public view” amid fears rioters may tear them down.

Several online petitions,calling for Serra’s image and name to be removed from various California communities and institutions, have garnered multiple thousands of signatures.

Professor Mendoza said the worst abuses against the Native Americans in California took place after the age of the missions ended, when the Spanish government ceased sending funding to the 21 mission sites, and to the Spanish military.

The Spanish soldiers, without the support of their faraway benefactors, began to prey on the missionaries and the Natives. Many more Natives died during this time than had in the 60 years that the missions were operational.

While the Native peoples of California did suffer instances of horrific abuse, Mendoza said many people conflate the abuses the Natives suffered long after Serra’s 1784 death with the period when Serra was alive and building the missions.

For example, the California gold rush in the 1840s— long after the end of the Spanish colonial era— saw hundreds of thousands of European settlers come to the area, with little to no protections afforded to the Natives.

Pope Francis: The cross reminds us...