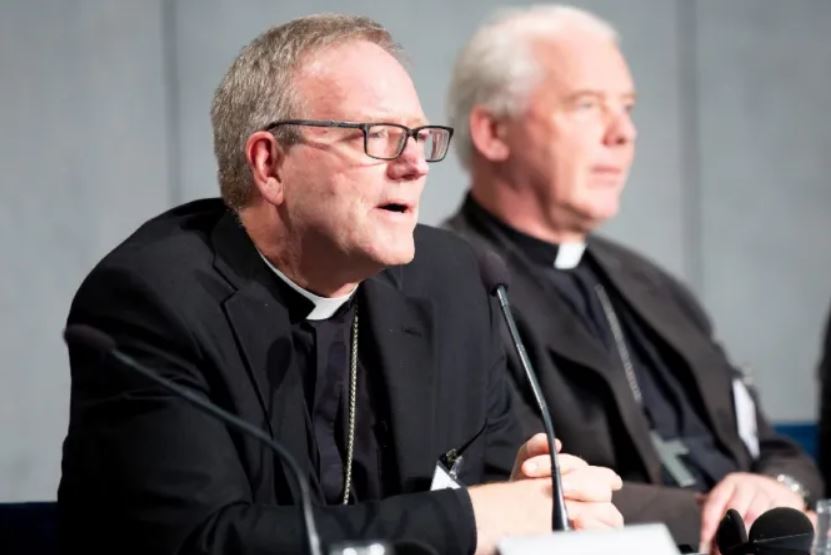 Bishop Robert Barron said on Tuesday that the Harvard University chaplains made a “complete and abject surrender” by electing an atheist as the president of their association.

“What does bother me,” Barron wrote in an Aug. 31 op-ed for the New York Post, “is the complete and abject surrender on the part of the presumably religious leaders at Harvard who chose this man.”

“If a professed atheist counts as a chaplain — which is to say, a leader of religious services in a chapel — then ‘religion’ has quite obviously come to mean nothing at all,” he continued. Barron is the auxiliary bishop of Los Angeles and founder of Word on Fire Catholic media.

Last week the New York Times announced that Greg Epstein, an atheist and humanist chaplain at Harvard University, was unanimously elected as the “chief chaplain” of the Harvard Chaplains, the association of more than 40 chaplains serving Harvard students of various religious denominations.

“There really is no influence in the role other than the fact that he has the title as the president as the Harvard Chaplains and that he’s the liaison between that group and the president of Harvard,” said Nico Quesada, marketing and media director at the Harvard Catholic Center, to CNA on Monday.

Epstein will also convene all the university chaplains when they have matters to discuss, he said, and thus will be “representing the entire group but he’s not representing his own opinions if that makes sense.”

The Harvard Catholic Center is the chaplaincy to the university’s Catholic students, based at nearby St. Paul’s parish in Cambridge, Massachusetts. It is staffed by three priests serving as part of the university’s chaplains’ association.

Barron on Tuesday urged Harvard religious chaplains who elected an atheist to lead their association to “[s]how a little self-respect. Being a chaplain has something to do with the worship of God — and you shouldn’t be ashamed to say it.”

“My point is,” Barron said, “that the relativizing of doctrine has led, by steady steps through two centuries, to the situation at Harvard today: Even that most elemental of doctrines — belief in God — doesn’t matter. One can still, evidently, be perfectly ‘religious’ without it”

During the 2020 presidential election, he served as the national chair of Humanists for Biden on behalf of “humanists, atheists, agnostics, and others.” He has authored the book, “Good Without God: What a Billion Nonreligious People Do Believe,” a response to prominent atheists on humanism.

Statues of Our Lady Found Untouche...