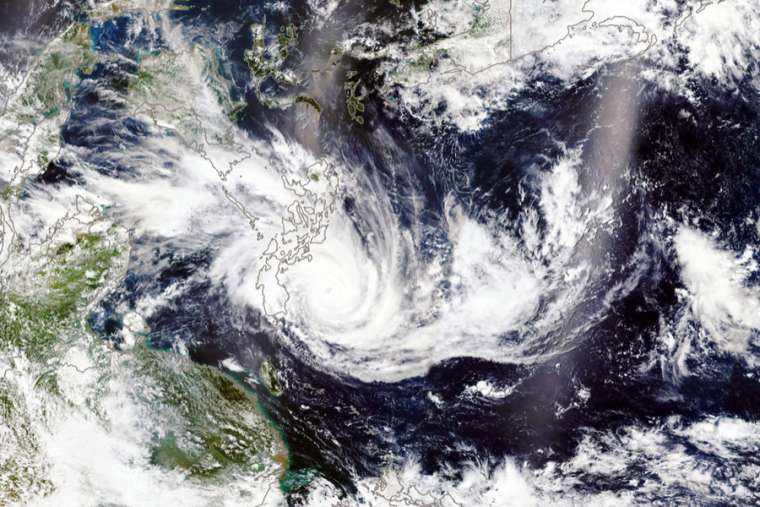 According to a Nov. 14 statement, the bishop urged victims to face the disasters of Typhoon Vamco “with new hope and a firm resolve to rise from the ruins and build again.”

“And so here we are again, survivors of yet another disaster, called to do what we have always done in the past: filled with faith and trust in a God who does not abandon us, to rise, rebuild and move on,” Baylon said.

“Let our cities, towns, barangays, parishes, neighborhoods and especially our families once again be communities of caring and sharing, of mutual trust and living faith.”

Typhoon Vamco is the third typhoon and the fifth tropical cyclone to hit the Philippines in recent weeks. It made landfall Nov. 11 as a Category 2 typhoon in the Quezon region.

Vamco has been responsible for some of the worst flooding this year, covering entire villages in water and cutting off power for millions of people in Manila. The flooding has particularly affected various parts of Luzon, including Metro Manila and Cagayan.

As of Nov. 16, the National Disaster Risk Reduction and Management Council said the typhoon has caused at least 69 deaths, noting that 12 people are still missing.

Typhoon Vamco struck shortly after Typhoon Goni devastated the same area in early November. Goni, which is considered to be the strongest typhoon of 2020, caused heavy flooding and landslides in Luzon. The typhoon killed at least 17 people, CNN reported.

While damages have not yet been fully assessed, the storms of 2020 have so far caused an estimated $207 million in agricultural damages in the Philippines.

Caritas Philippines said the Philippines are in dire need of assistance from the international community. Father Antonio Labiao, the executive director for Caritas, challenged the government to ask for help from foreign countries.

“We urge our government to seek help from the international community now. It is clear that we cannot do this alone,” said Labiao, according to CBCP News.

He said members of the Archdiocese of Tuguegarao are doing all they can to mobilize its resources to provide assistance to the victims. However, he said hundreds of thousands of people are still in danger.

“We cannot do this without everyone’s help. All stakeholders need to be on board,” he added. “Let us all help each other. Let us save everyone. Every second counts. Every life matters.”

Our Lady of Akita’s Alleged Appari...