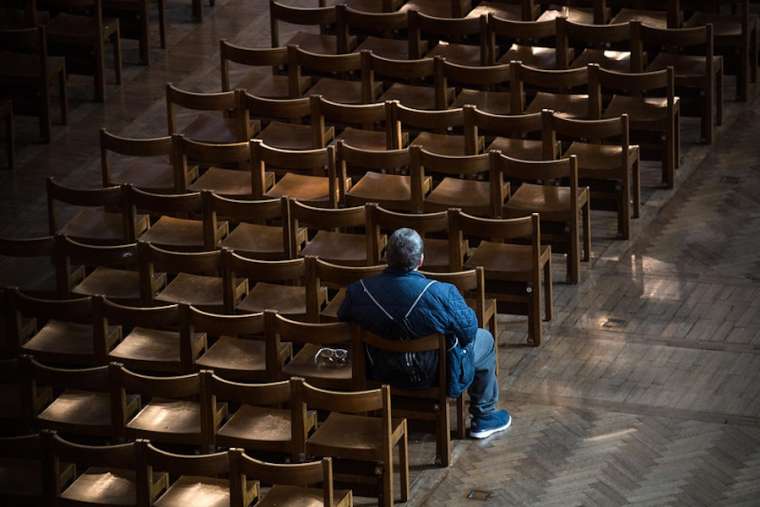 The bishops of England and Wales have expressed disappointment after the government said churches in the U.K. should remain closed until at least July 4.

The bishops issued a statement May 11 after U.K. officials published a document Monday setting out plans to ease the nationwide lockdown imposed amid the coronavirus pandemic.

“The timing and the manner of the opening of churches touches profound sensitivities and spiritual needs. The government’s document and statements fail to recognize this,” a spokesman for the bishops’ conference said.

The government insisted that places of worship would open “no earlier than 4 July”, and be subject to five “tests,” including a consistent fall in daily death rates.

The U.K., which has a population of almost 67 million, has recorded 32,789 deaths from the virus as of May 12, according to the Johns Hopkins Coronavirus Resource Center — the world’s second highest reported death toll after that of the United States.

The government’s recovery plan categorized churches alongside hairdressers, beauty salons, pubs, and cinemas as places that will reopen during “Step Three” of a three-step program.

The bishops’ statement said: “The government’s position, established today, includes these steps aimed at opening churches as soon as possible: the establishment of a task force for places of worship, to work closely with ‘stakeholders’ in ensuring that premises are COVID-19 secure; and heeding the experience of other countries in which churches are already open for worship.”

“In dialogue with the Government, the Catholic Church will continue its engagement in this process and has already submitted a detailed plan, in full accordance with public health guidelines, for churches to be opened for private prayer.

It concluded: “The Church is ready to play its full part in the task force, understanding that this includes the possible earlier use of churches for private prayer, as a first safe step towards their use for public worship.”

Public liturgies were suspended in England and Wales from March 20 and churches closed a few days later. Bishops have faced mounting calls from Catholics to reopen churches and allow congregations at Masses while respecting social distancing rules.

A video by lay Catholics appealing for churches to be reopened has been viewed more than 10,000 times since it was posted April 22.

Bishop Philip Egan of Portsmouth said May 5 that he had written to the government and Members of Parliament calling for churches to be included in the first wave of reopenings.

He wrote in his weekly email newsletter: “I would love to reopen our churches (of course, with appropriate safeguards etc.) as soon as we can. I firmly believe that our churches are an ‘essential service’. We need them for our spiritual well-being and in them, we receive from the Lord Himself the Sacraments of salvation and eternal life.”