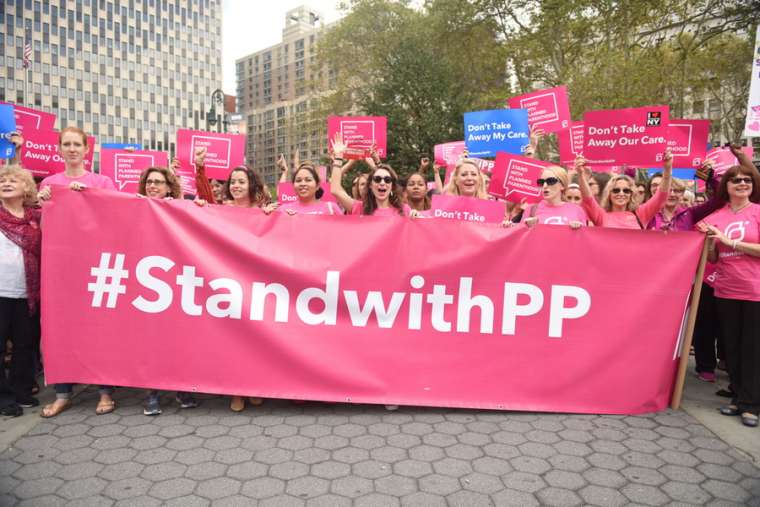 A coalition of Black leaders is calling out Planned Parenthood for “targeting” Black communities for abortions while professing to support the Black Lives Matter movement.

In a letter to Planned Parenthood’s acting president Alexis McGill-Johnson on Tuesday, more than 100 Black elected officials, pastors, and attorneys demanded that she “confront the systemic racism of America’s abortion practices” and renounce the organization’s founder Margaret Sanger for racist writings.

“This effort demonstrates the outrage among the Black community that we have been strategically and consistently targeted by the abortion industry ever since the practice was legalized almost 50 years ago,” said Human Coalition Action executive director Rev. Dean Nelson, whose organization coordinated the letter.

The letter noted that 36% of abortions in the U.S. are performed on Black women, who represent only 13% of the country’s female population.

“Black women are five times more likely than white women to receive an abortion,” the letter stated. “In some cities, like New York, more Black children are aborted every year than are born alive.”

“This is no accident,” the letter stated, noting that “79 percent of Planned Parenthood’s surgical abortion facilities are located in or near communities of color.”

Sanger’s legacy has resurfaced amid national protests against racism, and debates over the racial beliefs of American historical figures.

“Planned Parenthood was founded by a racist, white woman,” the “Save PPGNY” petition for McQuade’s removal stated.

In July, Planned Parenthood of Greater New York announced that its Manhattan facility would no longer bear Sanger’s name, due to her documented support for eugenics. The affiliate’s chair of the board said the act was meant to “acknowledge Planned Parenthood’s contributions to historical reproductive harm within communities of color.”

Sanger did address certain racist organizations, including the Ku Klux Klan, while she promoted birth control.

She also once said that “before eugenicists and others who are laboring for racial betterment can succeed, they must first clear the way for birth control.” She added that eugenicists and birth control advocates are “seeking to assist the race toward the elimination of the unfit.”

Buzzfeed also recently interviewed more than two dozen employees of Planned Parenthood affiliates and the National Abortion Rights Action League. According to the report, employees of color often felt stuck in lower-level positions and claimed they were boxed out of leadership positions at the organizations.

“Margaret Sanger wanted to use abortion and contraception to cull minority populations,” the letter stated. “Ms. Johnson, your words about Black Lives Matter ring hollow while your organization perpetuates this racist legacy.”