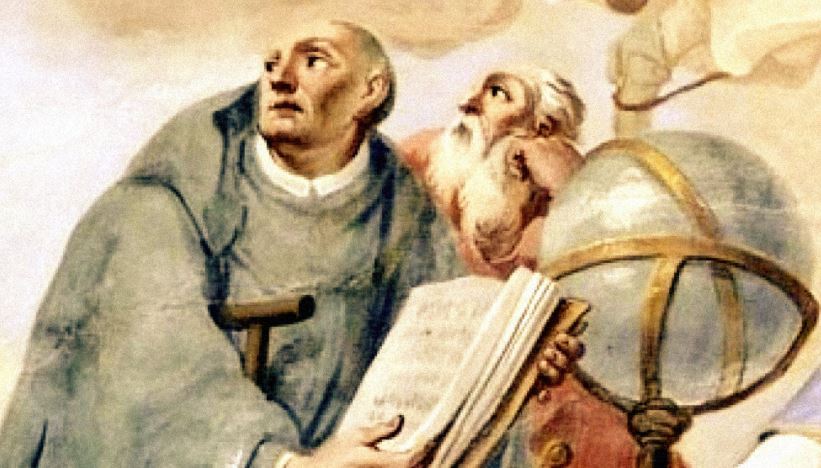 Blessed Hermann von Reichenau (1013 – 1054), a native of Swabia, Germany, and the son of the Duke and Duchess of Altshausen, was born a cripple. It is believed he suffered from a cleft palate, cerebral palsy and spina bifida. At the age of seven, his parents entrusted him to the care of monks at a Benedictine Monastery situated on the shores of Lake Constance. He made his religious vows, becoming a benedictine monk at the age of twenty.

Blessed Herman the Cripple had a keen mind: he was fluent in Latin, Greek and Arabic and wrote treatises on theology, mathematics and astronomy. Even though his physical ailments brought him much suffering throughout life, Blessed Herman never complained. On the contrary, he was a cheerful man, having always a smile for those with whom he spoke and becoming a beacon of hope and joy for all within the monastery. When later in life he became blind, he began writing hymns, the best known of which is the Salve Regina (Hail Holy Queen).

Blessed Herman died at the young age of 40, having succumbed to the symptoms of his many afflictions. He was beatified in 1863.

Every time we pray the Holy Rosary, we end in prayer with Blessed Herman. The Salve Regina reminds us of our deep connection not only to Our Blessed Mother but to all those who suffer alongside us in this valley of tears.