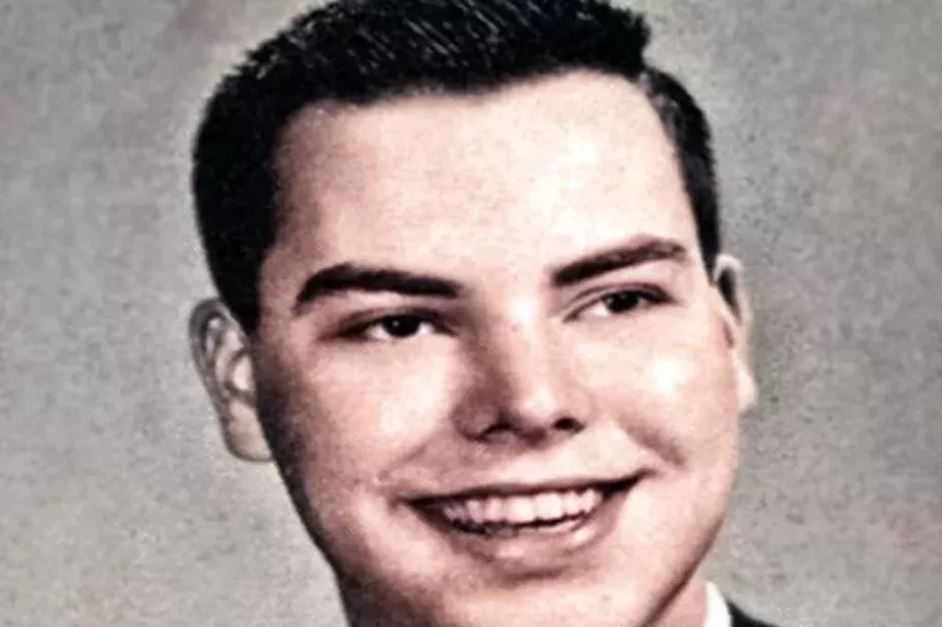 Brother James Miller was born near Stevens’s Point, Wisconsin. He was the oldest of five siblings in a Catholic farming family that he was always proud of. He loved farm work, but he started thinking about the priesthood as a high school student.

His teachers, Christian Brothers, convinced him that his vocation was as teaching brother. In 1959, at the age of 15, he joined the brother’s juniorate in Glencoe, Missouri. Essentially a high school for boys thinking of a joining the religious congregation, the juniorate was also a self-sufficient farm that the boys helped to run. After finishing high school, he went on to the community’s novitiate and was then sent to the University of Minnesota at Winona to study Spanish.

Brother James was not considered the most pious of the young brothers. He had a tendency to be late for prayers and was seldom the last to leave the chapel. But he had a remarkable generosity, simplicity and friendliness that made him loved by all. He also had a deep faith in God, a sincere willingness to help others, and a laugh that could fill the whole monastery. He was human and easy to be with — a man who created union and harmony among his brothers.

He had, they also said, the gift of gab. He loved to talk about farming and recounted stories from his high-school days in Missouri. He was good at farming, too. He could drive a tractor with confidence and there wasn’t anything he couldn’t build or fix.

After earning a master’s in Spanish, Brother James was sent to teach at Cretin High School in St. Paul, Minnesota. He taught English, Spanish and religion, and coached football. He also took on much of the building maintenance.

Somewhere along the way in his formation, James had caught the missionary spirit. He deeply desired to serve the poor in the missions. His superiors noted this when they admitted him to perpetual vows in 1969.

Shortly after his final profession, one of the brothers at the mission in Bluefields, Nicaragua, got sick and had to return to the states. Brother James was sent to take his place. He took over the sixth-grade classroom at the mission school and was soon doing the building maintenance, too, of course. Then he taught in the high school, ran a bookstore and started a soccer team. Whatever needed to be done, he did — quietly, willingly and without needing to be thanked.

After four years in Bluefields, he was sent to Puerta Cabeza on the east coast of Nicaragua. Here he was named director of the school. The mission flourished under his leadership. He increased enrollment from 300 to 800 students and enhanced the training the school offered. He built an industrial arts complex, offices and a science building. He founded a volunteer fire department, training the firemen himself.

He still took on the humbler tasks — teaching a full class schedule and doing building maintenance. He was often the one to sweep the floors and clean the bathroom, besides handling plumbing problems and building repairs. The Somoza government was impressed and contracted him to build 10 rural schools.

Still, since Brother James had collaborated with the previous government to build schools, his superiors feared for him and recalled him to Minnesota. He obeyed with a heavy heart. It troubled him immensely to have to abandon the people he served. He promised them he would return. He was sent back to Cretin High School, teaching, opening lockers and fixing toilets.

In 1981, he got his chance to return to the missions, though this time to Guatemala. But if Nicaragua could be considered life-threatening, Guatemala wasn’t much better. In 1981, the country was in one of the most violent stages of a decades-long conflict. Brother James was appointed subdirector of the mission in Huehuetenango, Guatemala, where the brothers worked among the indigenous people, descendants of the Mayans, who were increasingly marginalized as their homes and farm land were taken over by commercial agricultural interests.

The government military frequently tried to recruit the students, who were supposed to be exempt. Each time the brothers heard one of their boys had been picked up by the soldiers at the market or on the streets, they went to the military station and reclaimed him. Sometimes they had to insist, but the brothers wouldn’t take no for an answer. Often, it was Brother James who went to rescue one of the boys.

“I am personally weary of violence, but I continue to feel a strong commitment to the suffering poor of Central America. … the Church is being persecuted because of its option for the poor. Aware of numerous dangers and difficulties, we continue working with faith and hope and trusting in God’s Providence,” he wrote to his sister a month before he died.

He knew he could be killed, and on Feb. 13, 1982, while he stood helpless and alone on a ladder fixing the school building, three men ran out from behind the church and shot at him at point blank range.

He was declared a martyr in 2018, catapulting him to the beatification stage of the canonization process. He was formally beatified at a Mass in Guatemala City on Dec. 7, 2019. In order for him to be declared a saint, the cause for Brother James Miller is in search of one instantaneous, complete and lasting healing miracle of a serious condition without any medical treatment resulting in the cure.