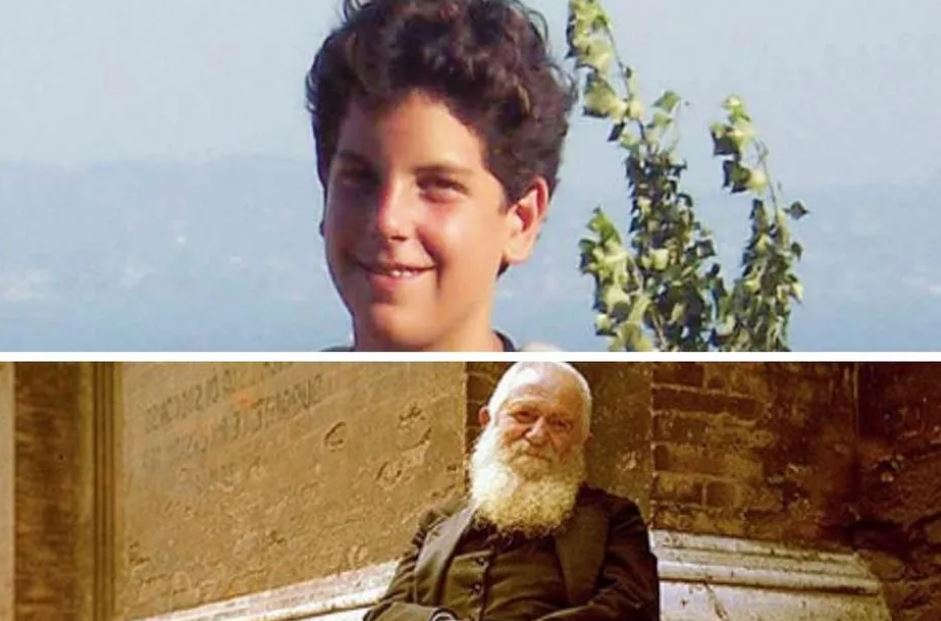 Top to Bottom: Blessed Carlo Acutis unlocked new possibilities for evangelization through the internet, and Blessed Olinto Marella reminds us that all evangelization requires a personal encounter. (photo: CarloAcutis.com via CNA and public domain)

COMMENTARY: Two new beati, both Italians, have much to teach us.

The past week gave us two newbeati, both Italians, one very elderly and one astonishingly young — both evangelists who can serve as much-needed patrons for particular problems today.

The more famous of the two, Carlo Acutis, was beatified Oct. 10 in Assisi, where he is buried, and his feast is observed on Oct. 12, the date of his death in 2006.

Only 15 when he died, Blessed Carlo was born in 1991 in England and moved to Milan as an infant. The Acutis family was affluent, but riches were not in this case an obstacle to piety. Carlo had a deep devotion to the Eucharist, desiring to go to daily Mass following his first Holy Communion. He was attracted to technology and computer programming and developed a website that served as an online catalogue of Eucharistic miracles. Diagnosed with leukemia as a teenager, he offered his sufferings for the Church and the Holy Father. His faith was not shaken by the terminal illness; rather, he looked forward to meeting Jesus at his death.

In many ways Carlo is a fitting saint for today, especially for teenagers in affluent families. He did not waste his life in excessive recreation, and he was able to use current technology for holy purposes rather than wicked ones.

At a time when all teenagers are seemingly corrupted — ranging from exposure to addiction — by online gossip, slander, vanity, bullying, rudeness, consumerism and pornography, Carlo’s use of the internet to promote Eucharistic devotion makes him an urgently needed model and intercessor. Many consider him a suitable patron for the use of the internet.

He was an ardent pilgrim, visiting Assisi so often with his family that he asked to be buried there. Given the importance of pilgrimages to youth ministry — local, but also national (March for Life) and global (World Youth Days) — Carlo lived his life of discipleship like many of his contemporaries. Expect to see Blessed Carlo as a patron of the next World Youth Day in Lisbon.

Father Olinto Marella was beatified in Bologna on the feast of St. Francis of Assisi, just a few days before Blessed Carlo. In contrast to the young Carlo, he was ancient of days, dying in 1969 at the age of 87. With his long beard and heart for the poor and sick, he had a bit of Padre Pio, his contemporary who died in 1968, in him.

Blessed Olinto was born into a prominent family in 1882. An uncle was an archbishop who saw to his education and priestly formation. He was sent to Rome to study, where his classmate was Angelo Roncalli, the future Pope St. John XXIII. After ordination in 1904, Father Marella was given various teaching posts due to his academic brilliance.

Only five years after his ordination, disaster struck. In 1909, he was suspended from all priestly ministry and had to find secular teaching jobs. His offense? He continued to associate with Father Romolo Murri, a priest who was a political activist. Father Murri had been excommunicated, and Blessed Olinto welcomed his friend into his home. That was considered an act of defiance of ecclesiastical authority that made Olinto himself suspect.

Father Marella accepted the harshness of the penalty, which he endured serenely for an astonishing 16 years. Only in 1925 was he permitted to resume his priestly ministry. The former professor devoted his time to the poor and homeless, and the projects he initiated for their care remain to this day. In addition to his personal pastoral care, he raised funds to build shelters and chapels — he was concerned with care for the body and for the soul.

He became famous in Bologna for taking a stool and sitting on the street corner and speaking to passersby about the Gospel. Such evangelization was considered in that time to be “Protestant,” and Father Marella was subjected to criticism from his brother priests. Yet when he died on Sept. 6, 1969 (now his feast day), enormous throngs came to pay him tribute.

If Blessed Carlo unlocked new possibilities for evangelization through the internet, Blessed Olinto reminds us that all evangelization requires at some point a personal encounter, a conversation face-to-face. Bothbeatiwent where there were souls to be found, online or on the street.

Yet it was the painful years of Blessed Olinto’s suspension that make him a necessary intercessor today. The Church’s “penal law” — procedures and penalties for canonical “delicts” or crimes — is widely considered to be a mess. If in the time of Blessed Olinto canon law was administered with arbitrary harshness, by the 1960s it was hardly administered at all. A new Code of Canon Law was promulgated in 1983 by St. John Paul II, and its penal section was widely regarded to be serious deficient. A revision of those penal sections has been underway now for several years and eagerly awaited by canonists.

The weakness of the penal law has meant that, in practice, generations of canonists were trained to handle, more or less adequately, dissolution-of-marriage cases and routine administrative matters in a diocese. These canonists were wholly unprepared for the tsunami of sexual-abuse cases and, unfamiliar with the use of the inadequate penal sections of the code, did the best they could with grossly uneven results.

Complaints from both victims and the accused about shabby — or even illegal — canonical treatment are not hard to come by. Victims frequently complain that the process keeps them in the dark. The accused complain that the process, in effect, presumes them guilty, relying on precautionary measures that are experienced as harsh punishments. And everyone knows that the penalties lack all proportionality, as the same penalty, in effect, is administered for a bawdy conversation with teenagers as for the serial rape of many children.

Blessed Olinto could serve, then, as an intercessor for those for whom the canonical processes of the Church compound the original injury, or manifestly fail to achieve justice. There are not a vast number of such cases, but they are not rare either, and the pain caused is considerable. Imagine living, as Blessed Olinto did, three-quarters of the first 20 years of priesthood deprived of priestly ministry. He would be sympathetic to devotees who suffer at the hands of the law.

October 2020 has given us two particularly suitable intercessors already. A third is on the way: Father Michael McGivney, the founder of the Knights of Columbus, will be beatified on Oct. 31.