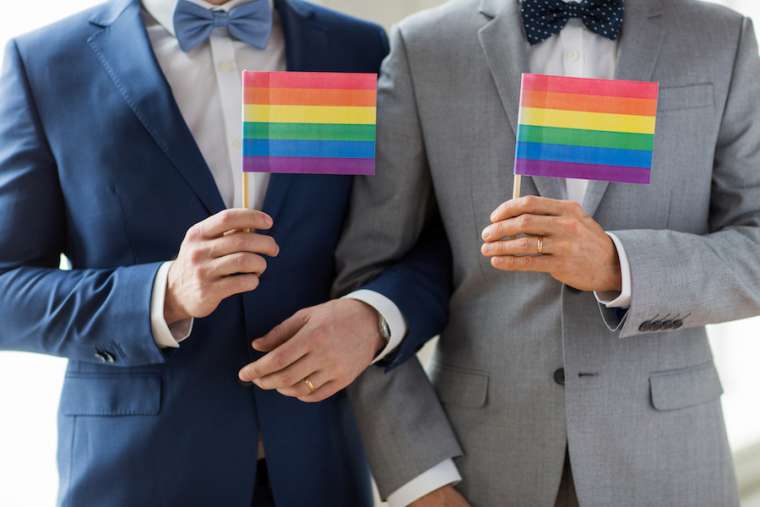 A book considering how homosexual couples might receive a formal, liturgical blessing of their union in the Catholic Church was written in response to a request from the liturgical committee of the Austrian bishops’ conference, according to the book’s principal author.

The work includes contributions by a number of German speaking theologians and a liturgical section, including a suggestion for how such a Church blessing of homosexual unions might be “celebrated” in Catholic churches.

The official title of the book is “The Benediction of Same-Sex Partnerships.” One of its principal authors and editors is Father Ewald Volgger, director of the Institute for Liturgical Studies and Sacramental Theology at the Catholic Private University of Linz.

In 2003, the Vatican’s Congregation for the Doctrine of the Faith explained that “The Church teaches that respect for homosexual persons cannot lead in any way to approval of homosexual behavior or to legal recognition of homosexual unions.”

But speaking to an Austrian diocesan paper, Father Volgger asserted he would like to see an introduction of an official benediction for homosexual couples “as soon as possible.”

The priest conceded that “according to the Catechism of the Catholic Church, homosexual acts are in no way to be condoned and homosexual people are called to chastity”.

The 58-year-old priest added that “there has been movement on the subject,” and asserted that a rewrite of the Catechism of the Catholic Church might be in order to facilitate “an official liturgy” that would be “based on Church doctrine.”

Pope Francis has emphasized repeatedly his committment to Catholic doctrine on homosexuality.

As to why the Catholic Church would change her teachings on sexual morality, Father Volgger pointed to a shift in public perceptions, saying “the doctrine on homosexuality has been discussed throughout Europe in such a way that an opening up is not only debatable but can also be demanded.”

The priest added, “there are also a considerable number of bishops who would like to see a rethinking of sexual morality for the evaluation of same-sex partnerships”.

Furthermore, Volgger argued, such a change might make the teachings of the Church more acceptable and relevant.

The diocesan paper pointed out that same-sex couples are apparently already blessed by a Catholic priest in Vienna’s St. Stephen Cathedral on occasion, and that one such couple was recently interviewed about the ceremony on Austrian TV.

Father Volgger said this was not the type of official benediction he had in mind.

“No, because that is probably the blessing of same-sex couples on Valentine’s Day. These are already widespread and in practice.”

“But a benediction, as it is proposed from a liturgical-theological point of view, would also have an official character, through which the Church expresses the obligation of fidelity and the exclusiveness of the relationship. By the way, it is a very beautiful message that in St. Stephen’s Cathedral everyone has a place and is blessed.”

The Congregation for the Doctrine of the Faith made clear that “there are absolutely no grounds for considering homosexual unions to be in any way similar or even remotely analogous to God’s plan for marriage and family.”

“Marriage is holy, while homosexual acts go against the natural moral law. Homosexual acts ‘close the sexual act to the gift of life. They do not proceed from a genuine affective and sexual complementarity. Under no circumstances can they be approved,’” the congregation added.

Among the other authors of the book are several German theologians. In recent years, German bishops in particular have been increasingly outspoken in demanding “discussions about an opening” towards acceptance of practiced homosexuality and the blessing of homosexual unions in the Church.

Following consultations in Berlin in late 2019, the chairman of the marriage and family commission of the German bishops’ conference declared that the German bishops agreed that homosexuality is a “normal form” of human sexual identity.

The topic also plays a central role in one of four forums that constitute the controversial “Synodal Process” under way in Germany.

Several members of the “Central Committee of German Catholics” (ZDK), in charge of running the process in tandem with the bishops’ conference, are members of parliament who have personally voted for the re-definition of marriage to include homosexual unions in a vote that legalized such partnerships as “marriages” in Germany in 2017, as CNA Deutsch reported.

Bishop Franz-Josef Bode of Osnabrück, vice-president of the German bishops’ conference has also previously called for a “debate” on the blessing of homosexual couples and a change of the Church’s teaching on sexual morality.

Speaking in an interview in January 2018, Bode said: “We need to reflect on how to evaluate a relationship between two people of the same sex in a differentiated way.” He also asked: “Isn’t there so much that is positive, good and right [about a homosexual relationship] that we need to do it more justice?”

The Archbishop of Munich and Freising, Cardinal Reinhard Marx, at Christmas 2019 expressed the view that homosexual couples can receive a Church blessing “in the sense of a pastoral accompaniment” in the Catholic Church.

In the same month, Archbishop Heiner Koch of Berlin stated that both hetero- and homosexuality are “normal forms of sexual predisposition, which cannot or should be be changed with the help of a specific socialization.”

Koch went on to say that “developments” were made possible by Amoris laetitia, Pope Francis’ exhortation of marriage and the family. The Berlin archbishop attended the Vatican Synod on the Family together with Marx and is Chairman of the Marriage and Family Commission of the German bishops’ conference.

He spoke publicly after the German bishops asserted they were committed to “newly assessing” the universal Church’s teaching on homosexuality – and sexual morality in general – during the two-year “synodal process.”